Like many early rural churches, when Neely’ Creek Associate Reformed Presbyterian (ARP) Church in Rock Hill organized sometime in the late eighteenth century, it likely met outdoors beneath a brush arbor. By the 1790s, the congregation had built a simple log structure for worship in the space now occupied by the churchyard. The rustic building, which had a packed dirt floor, sat close to its namesake creek, which still rushes behind the present-day church. 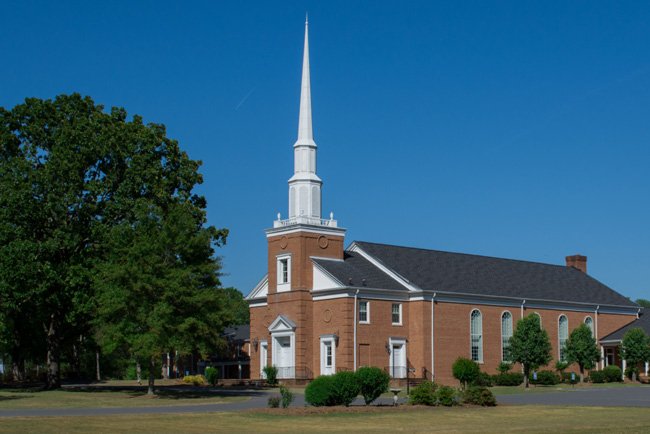 Perry A. Clanton of Lancaster, 2015 © Do Not Use Without Written Consent

In 1832 a white frame church replaced the primitive log cabin. Church history states that women sat on the right side of the church, men sat on the left, and slaves worshiped from the back of the building. This church served the congregate until 1907, when another frame building was erected on this site. The 1907 sanctuary was more ornate that the previous ones, with stained glass windows and a carved wood pulpit.

When the church was again replaced in 1973 to make room for the growing congregation, the stained glass windows from the 1907 building were preserved and placed behind the choir loft. That new church, shown here, seats 500.