Erskine College in Due West is a liberal arts college founded in 1839 and is the first four-year, church-affiliated college in South Carolina. The roots of the college date to a two-year men’s academy established in 1835 followed by a seminary in 1837, both founded by the Synod of Associate Reformed Presbyterian Church (ARP). The academy and the seminary were named for the Reveren Ebenezer Erskine, a Scottish Presbyterian minister who led an exodus of the Church of Scotland in 1739. From this group of “Seceders,” as they were called, the foundations of the ARP church were laid. The academy evolved into a college in 1839, which was also named for the Reverend Erskine. 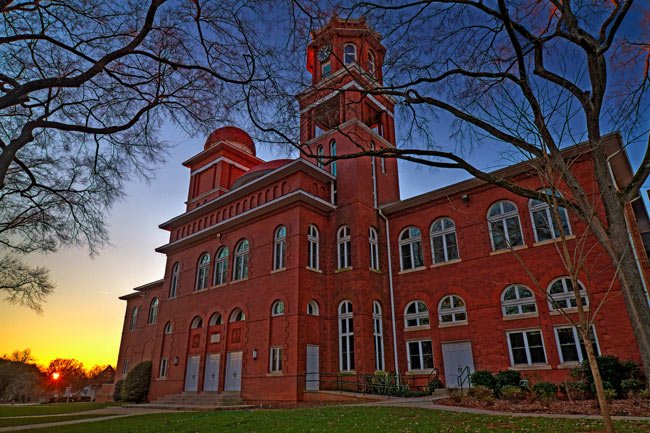 In 1859 a group of ARP ministers formed a neighboring college for women called Due West Female College, though at the time the college was independent of the church. Erskine College began accepting transfer students from the women’s college in 1894, and the college became coeducational by 1899. In 1904 Due West Female College came under the control of the Synod of the ARP and finally merged with Erskine College in 1927. During this time the seminary also merged with the college to become the graduate theological school, as it is today. A few years prior to the admittance of women, the Erskine Building, seen above, was built in 1892. The building replaces an earlier structure completed in 1842 that was lost to fire. Part of the building’s northeast wall is from the original building. 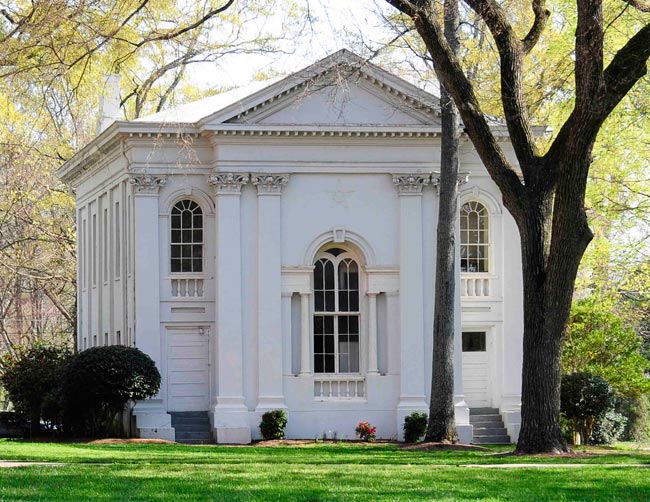 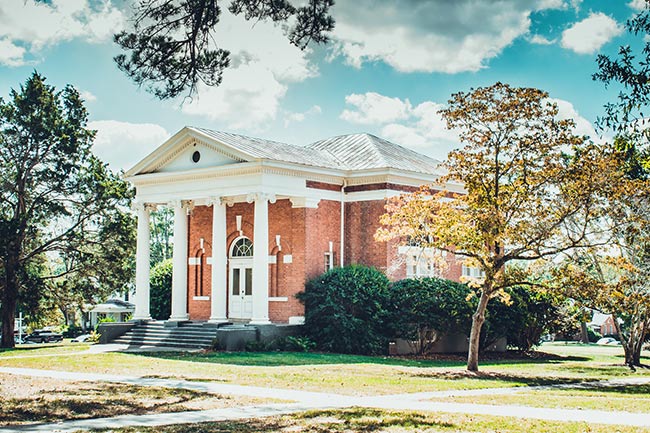 After the Civil War, Erskine College became more focused on the liberal arts, and during World War II the college trained cadets for the United States Army Air Corps. Today Erskine College offers 23 degree programs to around 600 students. Erskine College continues to abide by its founding principles of the ARP church.

Both the Erskine Building and the Philomathean Literary Society Hall are listed in the National Register as part of the Erskine College-Due West Historic District:

The Erskine College-Due West Historic District, located in the small town of Due West in Abbeville County, South Carolina, consists of eighty-eight properties, which as a unit illustrate the development of the village and Erskine College from ca. 1840 to 1930. Included in the district are portions of the campus of Erskine College, the first four-year denominational college in the state. The college was founded in 1839 by the Synod of the Associate Reformed Presbyterian Church, whose early congregation played a large role in the formation of the village and college. Also included in the district are a residential section, containing many properties either at one time or presently associated with the college, and a commercial area. The varied architectural styles include Queen Anne, Neo-Classical, Greek Revival, Renaissance Revival, and bungalows, and their designs reveal an evolution of architecture from the early years of the area’s settlement to the early twentieth century. Most of the buildings in the district have been in continuous use.

Many thanks to Bill Fitzpatrick of Taylors, for sending us his photo of Erskine College. Bill enjoys the singular distinction of being the only person ever to have visited all 1,400 of South Carolina’s National Historic Landmarks. He has published several helpful e-books which serve as invaluable travel guides to the Palmetto State. 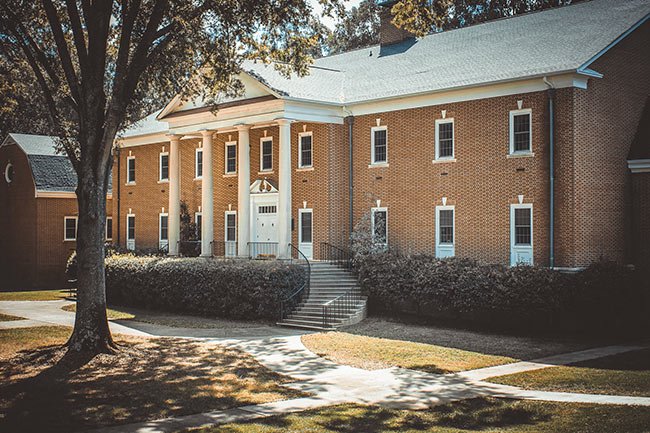 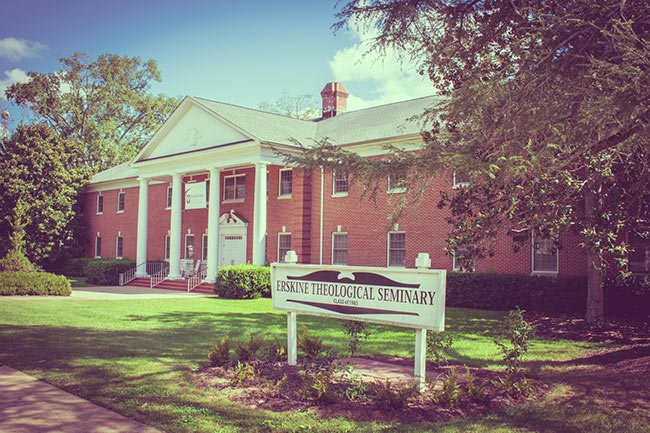