This elegant equestrian center in Aiken, the “Horse Capital of the South,” sits on 500 acres of pristine land. Aiken became known as South Carolina’s Thoroughbred Country after New York financier William C. Whitney visited Joye Cottage, then a bed-and-breakfast, as a guest in the 1890s. He later purchased the property as his private winter retreat, paving the way for America’s wealthy Northern elite to follow suit; thus, Aiken’s renowned Winter Colony developed. Whitney, an avid polo player, brought the sport with him to Aiken, and soon Aiken became known for its equestrian activity. Aiken remains popular with horse lovers and is even home to the Thoroughbred Racing Hall of Fame. 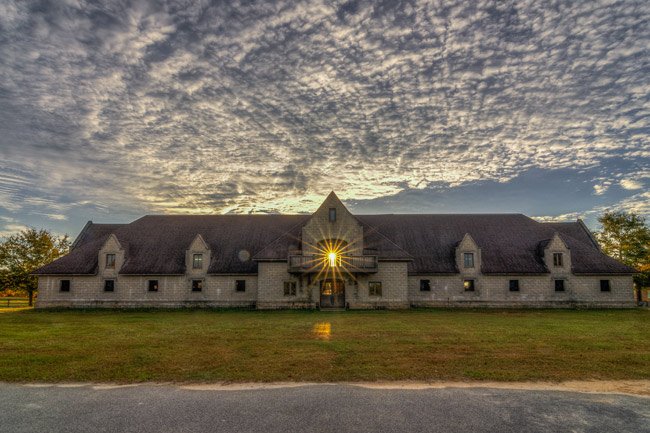 Black Forest Equestrian Center, seen here, was established in 1986 to serve equestrians, offering stall and pasture boarding, grooming, training, and lessons. The center relocated to the present site in 1997 in order to expand its services. Facilities include 150 acres of large turnout paddocks, 350 acres of woods, a main barn of 20 stalls, and an arena barn with 15 stalls. Various areas for training, riding, jumping, and dressage abound within the complex, along with seemingly endless riding trails. Clinics and events are held at Black Forest each year, making the center one of Thoroughbred Country’s premier locations for South Carolina equestrians. 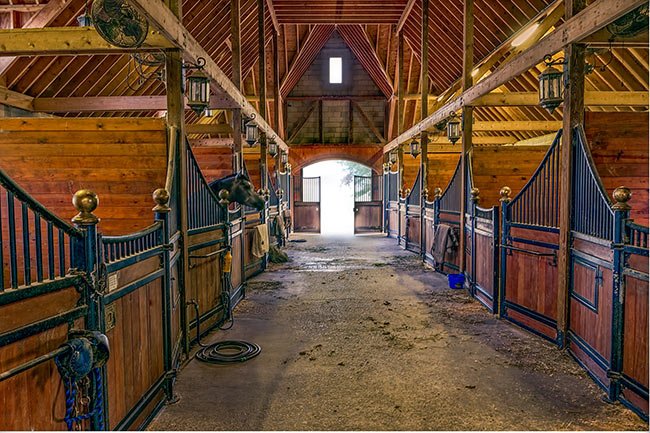