Located in the Aiken County town of Jackson, Silver Bluff Slave Cemetery rests on land that is now part of the Silver Bluff Audubon Center and Sanctuary. Also called Cohlvin (or Colvin) Cemetery, it is the burial site of around 250 slaves and former slaves from Silver Bluff and surrounding plantations. Today most of the cemetery appears wooded, though the remains of generations of enslaved workers rest in shallow graves beneath the forest floor. 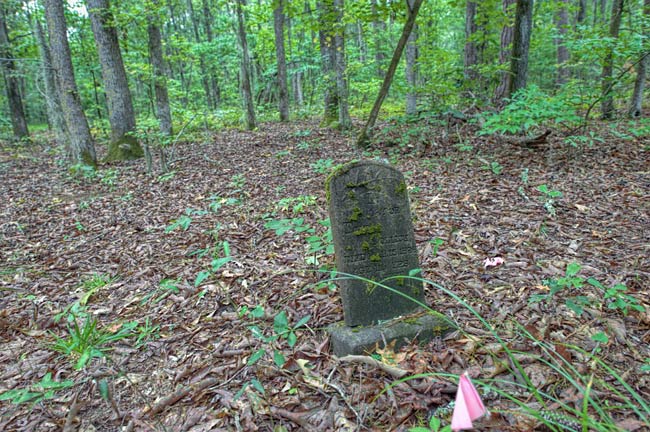 Irishman George Galphin was the first European to acquire the property that would becomeSilver Bluff Plantation. He bought the land in the mid-eighteenth century and operated a sawmill and gristmill on the property, damming part of Hollow Creek and creating a pond to power the mills. 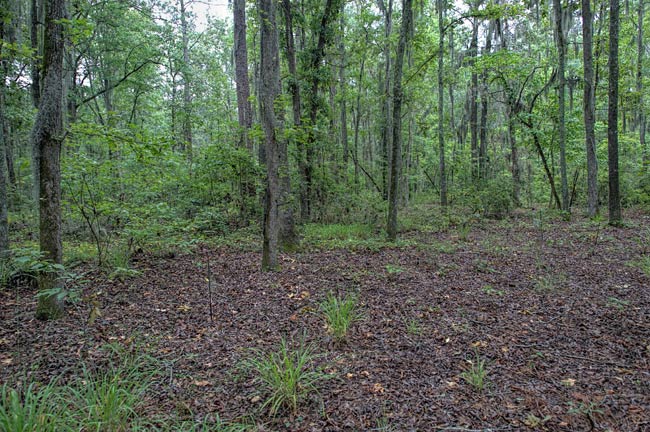 Galphin was also an Indian trader, and the site of his trading post is considered historically significant as one of only two remaining trading posts along the Savannah River. The site remains relatively pristine, lending to the ongoing discovery of artifacts within the Silver Bluff Audubon Center and Sanctuary. 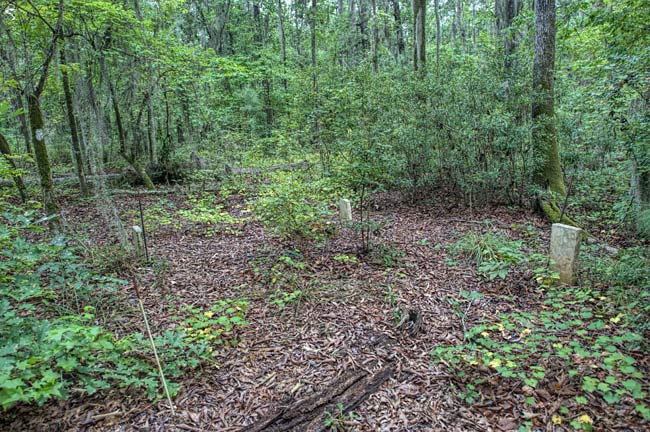 Galphin, a slave owner, was known for allowing his slaves the freedom to practice their religion without oversight. As a result, one of the earliest – some even say the first – organized African-American congregations in the United States was established here. Thought to originally have been Presbyterian due to the influence of Galphin and his Irish roots, the congregation eventually converted to Methodism before ultimately becoming Baptist. The Silver Bluff Baptist Church remains active today. 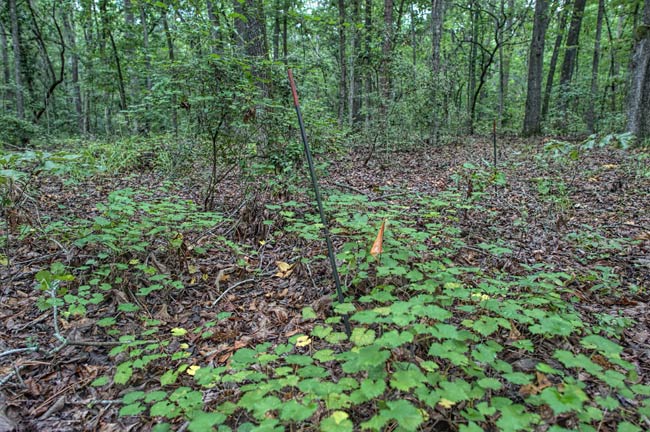 A cemetery for slaves – and freedmen following the Civil War – rests on the former plantation and dates to at least the early nineteenth century. (It is unclear whether older slaves were buried here or elsewhere on the property. However, it is safe to assume that the slaves who served Galphin in the mid-1700s are buried within the boundaries of the former plantation as well.) 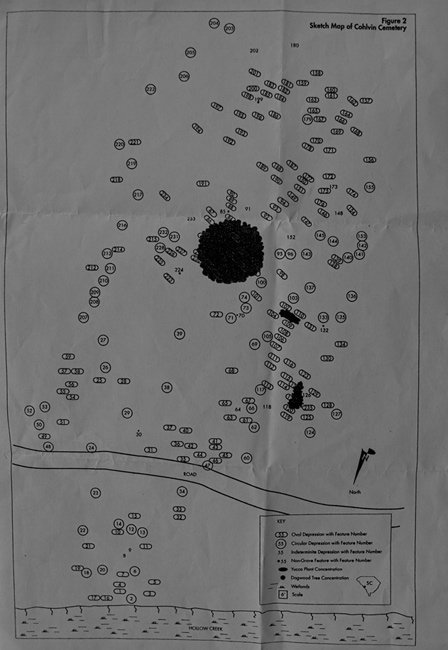 The cemetery contains fewer than ten headstones. Most early graves were marked with wood or stones, and these markers have disintegrated or disappeared over time. Other graves bear traces of loved ones in the form of “offerings” – ceramics, glass, or other items placed on top of burial sites, as seen in the photo below. Depressions can be seen where the graves have settled, and most are now defined with metal stakes and orange flags. The latest known grave in the cemetery is one with a metal marker dated 1927. Above, a map indicates the layout of the cemetery. 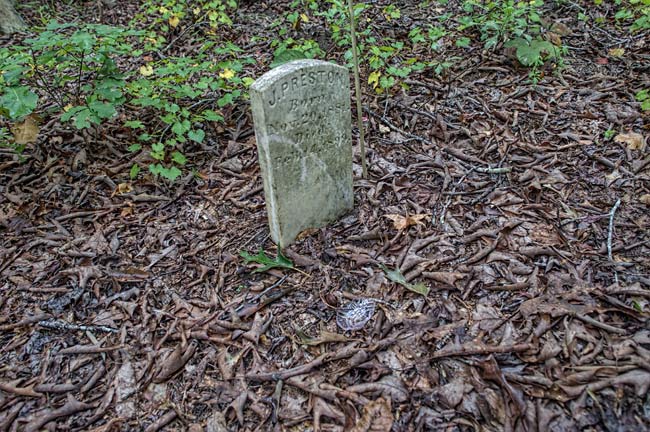 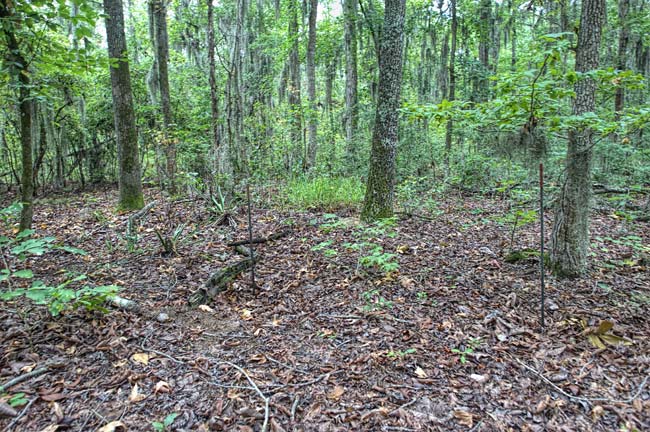 In order to preserve the burial sites, visitors are prohibited from touring the cemetery independently. However, those interested in seeing the cemetery can contact the Silver Bluff Audubon Center and Sanctuary and inquire about guided tours. To learn more about African-American cemeteries in South Carolina, please see Grave Matters: the Preservation of African-American Cemeteries.

Galphin’s Trading Post is listed in the National Register as Silver Bluff:

(Fort Galphin) Silver Bluff or Galphin Trading Post comprises about 175 acres of cultivated fields and small wooded areas on a steep bluff overlooking the Savannah River. Silver Bluff was the site of an Indian trading post established by George Galphin in the early 1740s. Galphin Trading Post serviced the Yuchi and after them the Coweta, a group of the Lower Creek nation. Galphin’s sphere of influence extended south and west and included Charleston, Savannah, St. Augustine, Pensacola and Mobile. Traders operating out of such places obtained their wares from him.

Galphin, sympathetic to the colonists, was appointed Commissioner of Indian Affairs for the Southern District in 1775. Pertaining to the Galphin Trading Post, there were a number of structures in the area, which included the trading post, barge docks, way-station for travelers, holding-pens for livestock and numerous cabins for family and slaves. At the time of the Revolution, Fort Galphin was built, consisting of a stockaded brick building. This brick structure, probably the Galphin home, was still standing in the early 1870s. After George Galphin’s death in 1780 at the age of 71, the locality of the trading post was known as Galphinton. The community had vanished by the twentieth century.