This deteriorating textile mill was the first cotton manufacturing plant established in Anderson. Founded in 1888 as Anderson Cotton Mills, it began operations in 1890 using steam power. 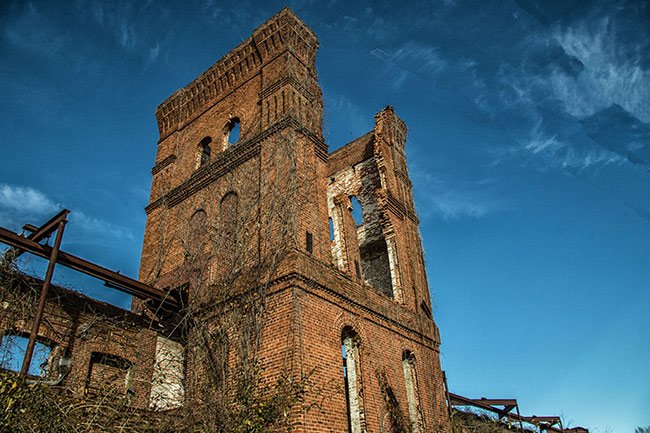 Jo Anne Keasler of Greenville, 2017 © Do Not Use Without Written Consent

In 1894 Anderson native William C. Whitner installed a 5,000-volt alternating current generator along High Shoals in the Rocky River to power water pumps for the Anderson Water, Light and Power Company. Following the success of the generator, in 1897, Whitner designed a 10,000-volt generator along Portman Shoals on the Seneca River. 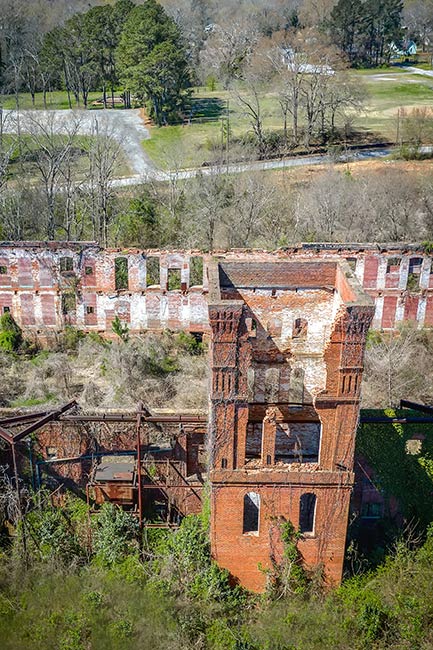 Robert Nix, Nix Aerial Solutions of Easley, 2019 © Do Not Use Without Written Consent

The power station, located 11 miles from town, then began powering the Anderson Cotton Mill, which became the first textile mill in the South to receive electricity transmitted over long-distance power lines from a commercial generator. (However, a year earlier – in 1896 – nearby Pelzer Mill was the first mill to receive electricity transmitted through a cable. The power plant supplying Pelzer Mill with electricity was four miles away from the mill.) 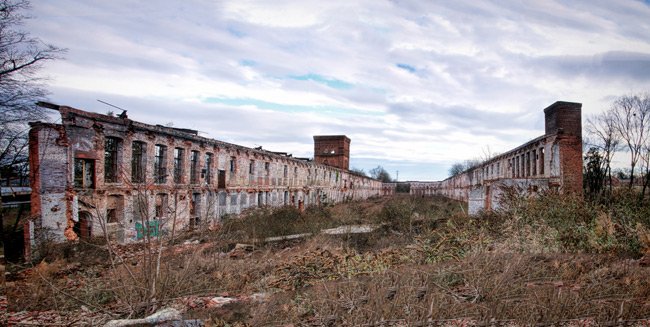 Anderson Cotton Mill was later purchased by Greenwood textile magnate John Pope Abney, who also acquired several other South Carolina textile plants, including Newry Mill in Oconee County. The Embler Home, which housed the mill’s supervisor, stood across from the plant throughout the twentieth century. Sadly, the Embler Home burned in 2015. 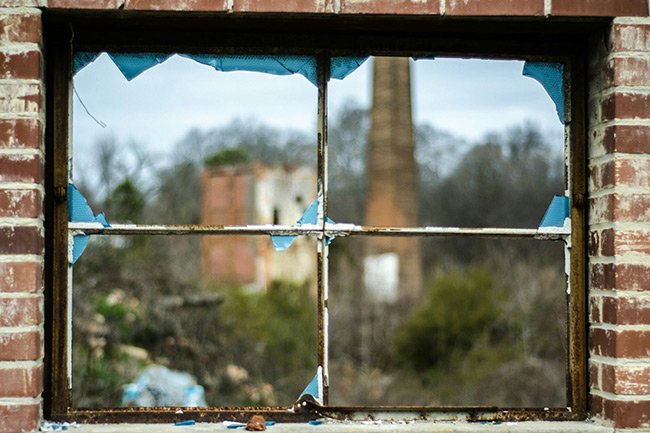 Following Abney’s death in 1942, F.E. Grier took over the textile factory, as per Abney’s wishes. He then renamed several plants “Abney Mills,” including Anderson Cotton Mill. Abney Mills in Anderson closed in 1991 after a century of production. However charitable foundation started in 1957 by Abney’s wife, Susie Matthews Abney, continues to award grants to serve communities throughout South Carolina long after her death in 1969.

Reflections on the Anderson Cotton Mill

Lynn McKinney McDaniel, who contributed the historic photo below, writes, “I found this picture in my grandmother’s collection. It is an undated photo of the Abney weave room, likely between 1940-1950 when my grandfather, B.F. Hollingsworth, was working there. My mother and aunt, Mary Hollingsworth McKinney and Nellie Sue Hollingsworth Kinley, identified it. They worked there as teenagers in the 1950s.” 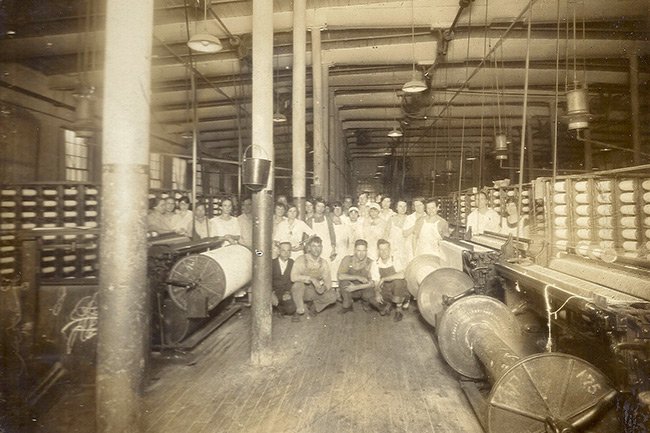 Lynn McKinney McDaniel of Anderson, c. 1940-1950 © Do Not Use Without Written Consent