Barnwell State Park in Blackville is a 307-acre park boasting campsites, playgrounds, a walking trail, and a community center. It’s also prized by local anglers for its two lakes, which are home to a variety of freshwater fish including some of the area’s largest bass. Barnwell State Park is one of only 16 South Carolina parks built by the Civilian Conservation Corps, a work relief program of the New Deal implemented during the Great Depression. The land for the park was purchased by the state in 1937, and many of the original CCC structures remain on the property, including the spillway seen below. 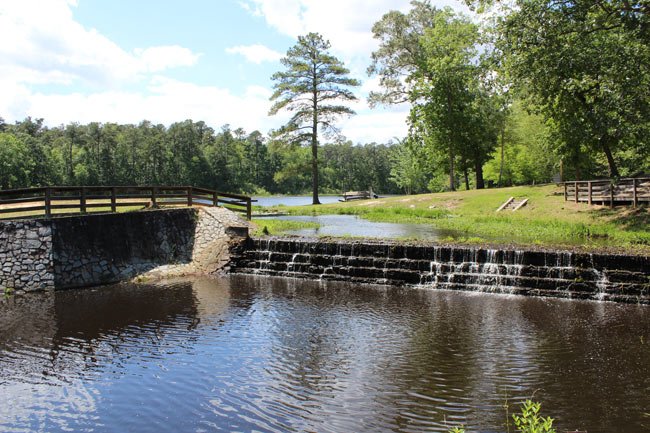 Five furnished cabins sit 100 yards from the upper lake, and 25 campsites permit one RV per site. One primitive campsite allows group camping. Water and electrical hookups are available at each campsite except for the primitive group site. The Dogwood Interpretive Trail takes walkers a mile-and-a-half around the park with interpretive signage guiding the way. A designated swimming area is open during the summer months, and canoes are available for rent at the park. The below painting depicts water lilies in bloom at Barnwell State Park. 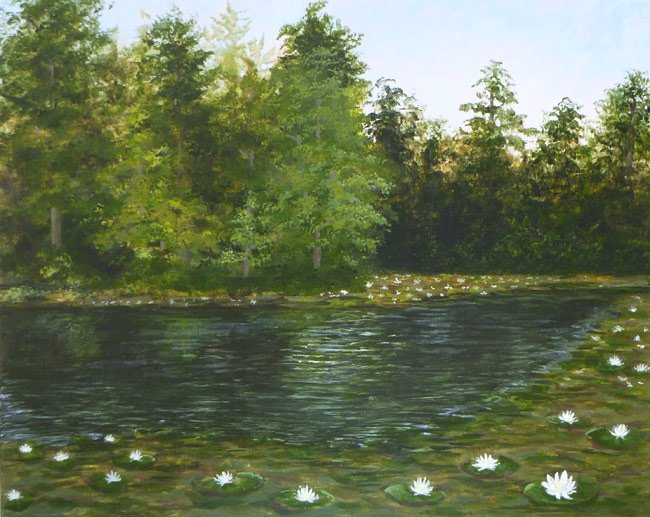 Lori Kaim of Conway, 2011 © Do Not Use Without Written Consent