The Shamrock Hotel in Blackville was built in 1912, and during its heyday it was a popular gathering place for locals and visitors alike. However, during the 1960s business began to decline and the hotel closed during the winter months. It closed for good in 1968, though several business continued to operated out of the first floor until 1982. 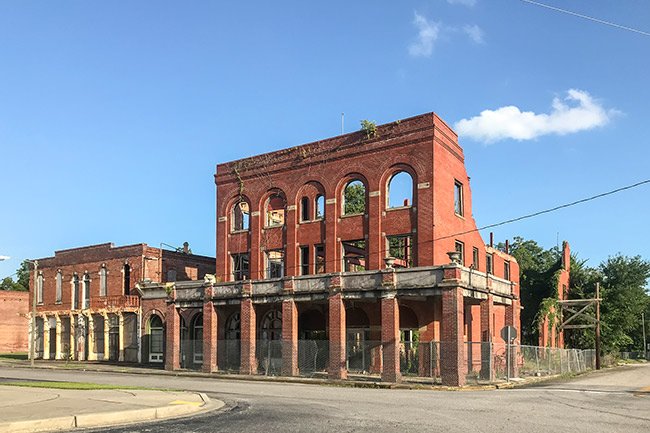 The lobby of the Shamrock was once a lively place, filled with people playing games like pool and poker. According to the Barnwell County Museum, the lobby floor had white ceramic tile with “The Shamrock” written in green tiles near the entrance. A dining room took up a third of the second floor, and there was a kitchen and a screened porch in the back. The hotel had 30 guest rooms, each with their own private restroom. 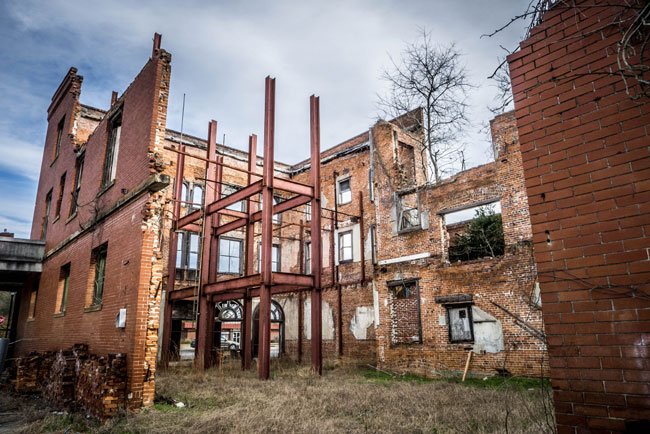 Passengers from trains in the 1940s frequently stayed at the Shamrock Hotel while passing through Blackville. When the use of trains declined and more people began using cars, unfortunately business declined for the hotel as well. 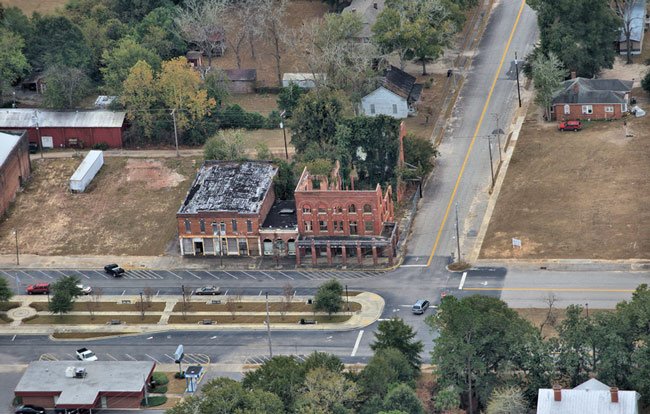 Like many structures, the hotel fell into rapid decline after the roof deteriorated, exposing its interior to the elements. At one time, plans were made to restore the hotel to its former glory, but no work was ever completed, most likely due to prohibitive costs associated with the work. Phoenix Preservation Group is responsible for the ruins and hopes to preserve as much as the facade as possible. Current plans hope to feature the interior of the ruins as an open-air facility or park. 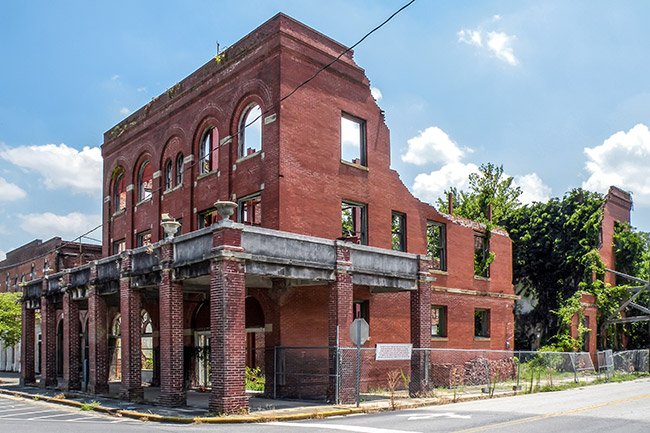 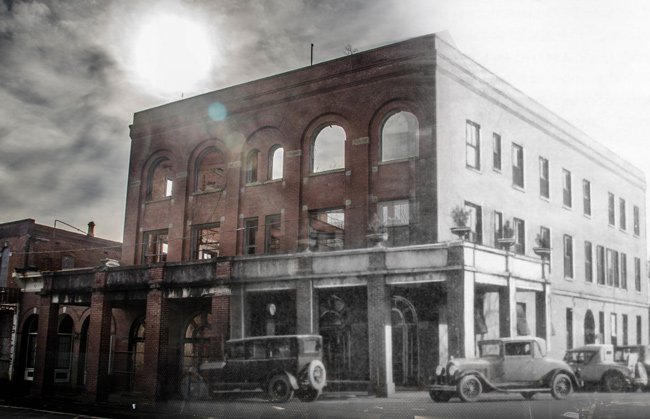 Historic Pictures of the Shamrock Hotel 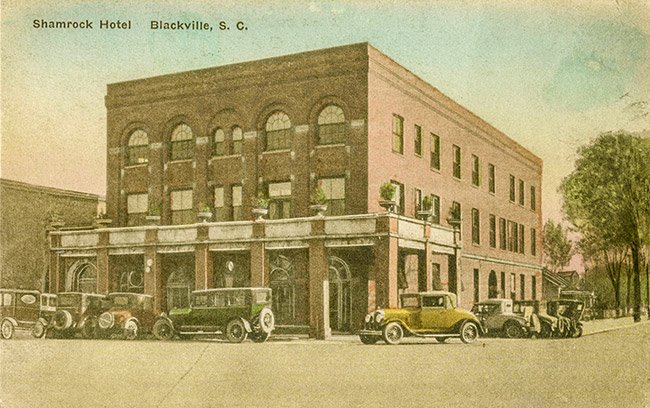 Reflections on the Shamrock Hotel

Contributor Treva Thomas Hammond shares her experience capturing the Shamrock Hotel: “This is the remaining facade of the once-thriving Shamrock Hotel, circa 1913. In its heyday, it was a gathering place for locals as well as a hotel for travelers coming through on the train from various locations. While walking through the ruins, you can almost hear the hustle and bustle of activity from years past.” 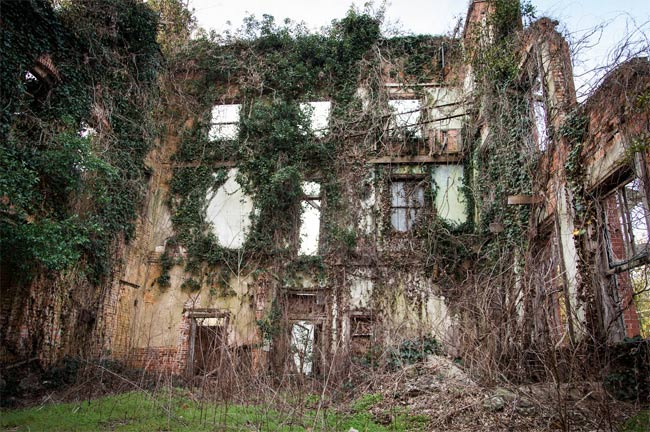