Though this Gothic Revival church in Cameron was built in 1916, its congregation descends from one of the oldest continuously-worshiping Lutheran congregations in the state. In 1735, a large population of German immigrants settled in what are today Calhoun and Orangeburg counties. South Carolina had established townships in these locations, promising land to new settlers in hopes that the communities would help defend the existing European population, primarily English, against Indian attacks. 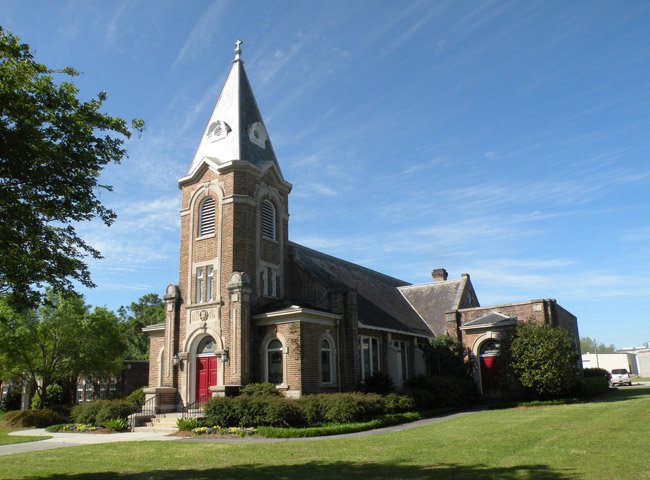