The Calhoun County town of Cameron is named for the conductor of the first train to roll through the community in the 1890s. The Manchester and Augusta Railroad built a line through the town in 1894, and the community was incorporated as Cameron in 1896. Soon afterwards, the Manchester and Augusta line became the Atlantic Coast Line Railroad (ACL), and this passenger depot was built for the ACL rail line in the early twentieth century. The railway through Cameron later became the Seaboard Air Line. Today the town owns the former depot, which has been restored and relocated form its original location parallel to the tracks, though it still stands near the railroad tracks. 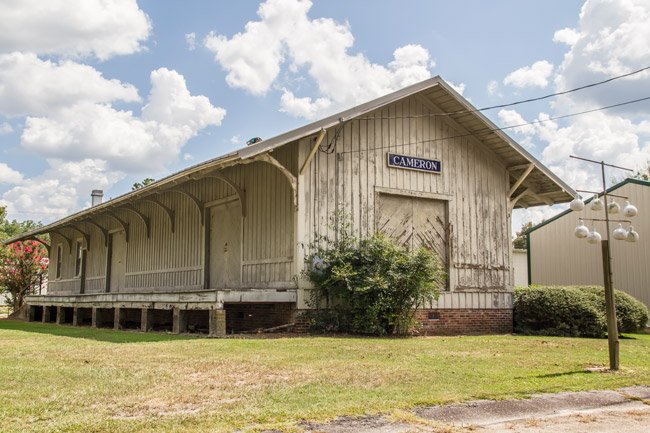 We would like to make this page better. Do you have information about the Cameron Depot that you would like to share? If so, please send it to the South Carolina Picture Project. Thank you!