Francis Asbury, one of the first two bishops of the Methodist Episcopal Church in the United States, traveled to America in 1771, where he spent 45 years spreading Methodism throughout the new nation as part of the Second Great Awakening. During this time it is noted that he visited the now non-existent Jericho campground, where he stood on a stump and preached. 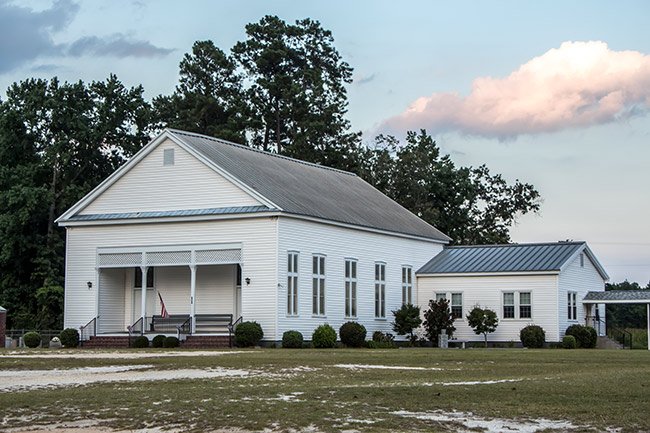 Asbury was committed to establishing a permanent church in the Midway community, which exists outside of Cameron and Elloree in Calhoun County. By 1811, a congregation formed and construction on the original building began. The meeting-house style building was built on four acres of land and deeded to church trustees for three dollars. The building seen today was built in 1850. The community’s most prominent surnames, many of which can be found on the churchyard’s gravestones, were Felkel, Wiles, and Troutman. 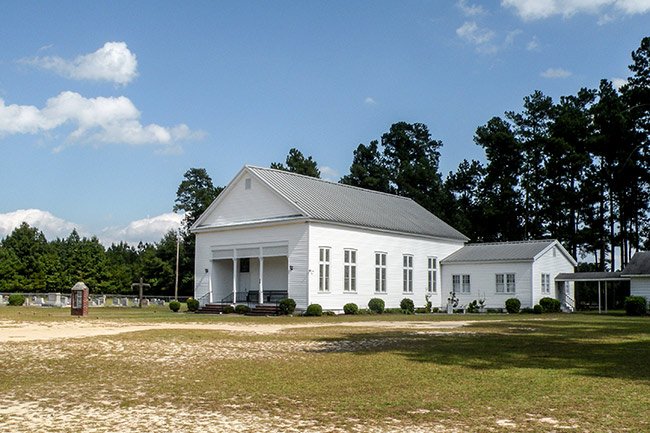 Modifications have been made over the years including the removal of the upper balcony, where slaves once sat, around 1890. At this same time, a front porch was added, as were two small rooms on either side of the vestibule, each housing a restroom. In 1938 six classrooms were constructed, and a decade later, both stained and painted glass windows were installed in the sanctuary. 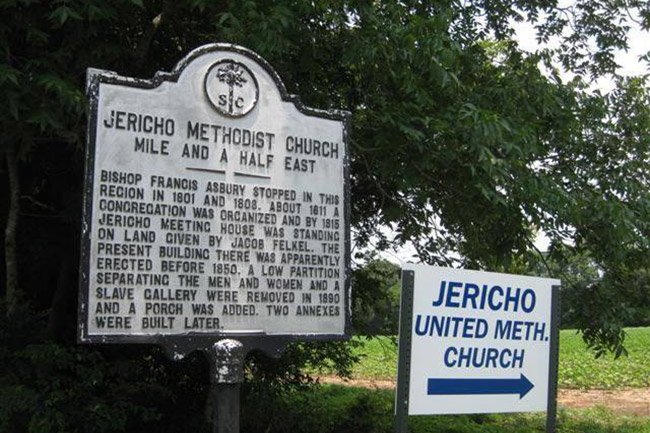 A schoolhouse once existed on the property and was known as the Midway School, named for the surrounding community. Built sometime between 1850-1890, the school served the children of the community and once stood where the churchyard is now located. 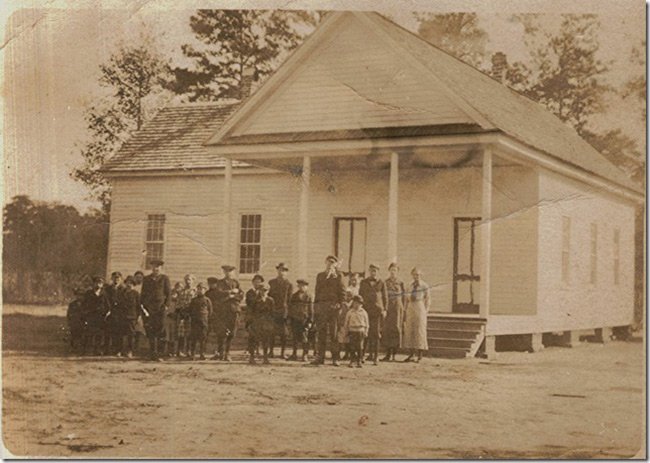 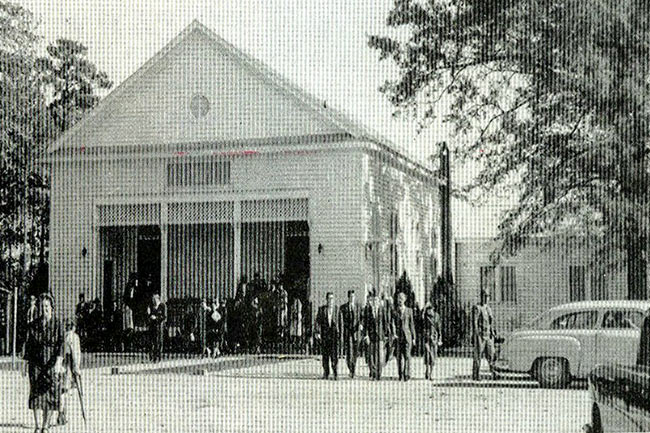 Courtesy of Debbie Escritt Felkel‎ of Elloree, 1940s © Do Not Use Without Written Consent