Little reflects the romantic imagery of the South Carolina Lowcountry as much as this canopied path on Edisto Island. The dirt road is known Wescott Road (sometimes Wescoat or Westcoat Road) for the Wescott or Wescoat family, who owned a local plantation. Local legend claims that the road is a portion of the King’s Highway, or a colonial-era road leading from Charleston to Boston and named for King Charles II. The king had ordered the road built in the seventeenth century to connect the colonies, and it is most famous for being used by George Washington in 1791. However, records show that the highway’s northernmost terminus was Shem Creek in Mount Pleasant. 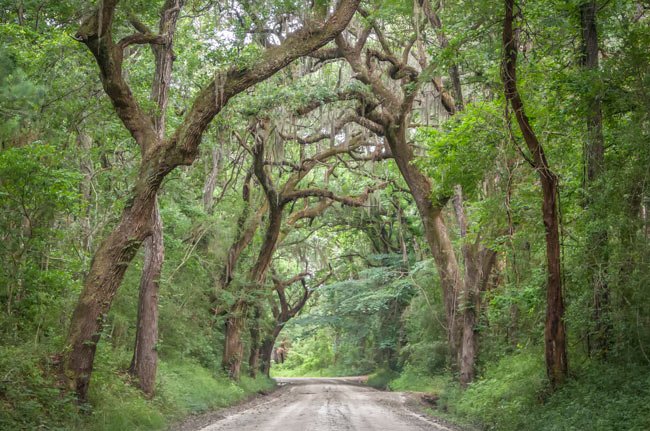 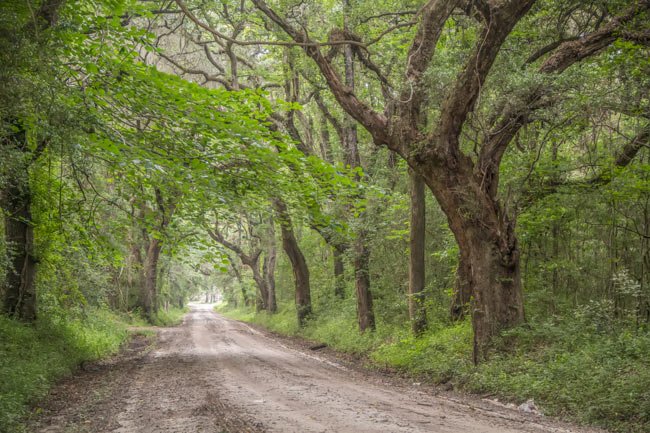 Wescott Road is listed in the National Register:

(Westcoat Road) One of the last undisturbed remnants of the main road on Edisto Island, Wescott (or Westcoat) Road, undoubtedly named for the Westcoat family of a nearby plantation, is according to local tradition a short stretch of what was the old King’s Highway. Laid down in the Colonial era, this section of the road was isolated when S.C. Highway 174 was straightened and paved ca. 1940. The road is an oak-lined dirt road approximately 2/5 mile in distance. The road both begins and ends at its intersection with S.C. Highway 174. Robert Mills’ Atlas indicated a main road through Edisto Island along the approximate route of the present-day thoroughfare. 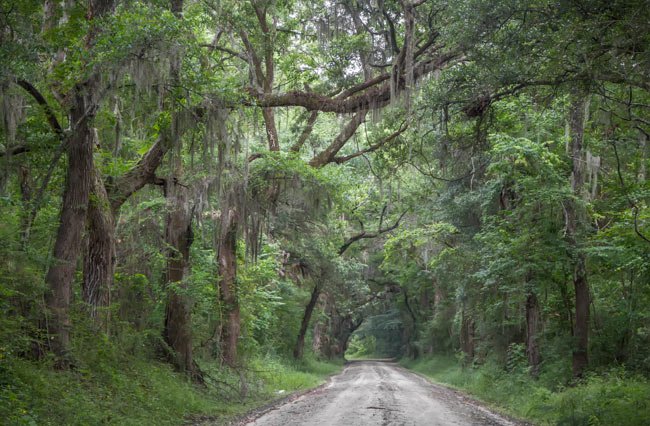