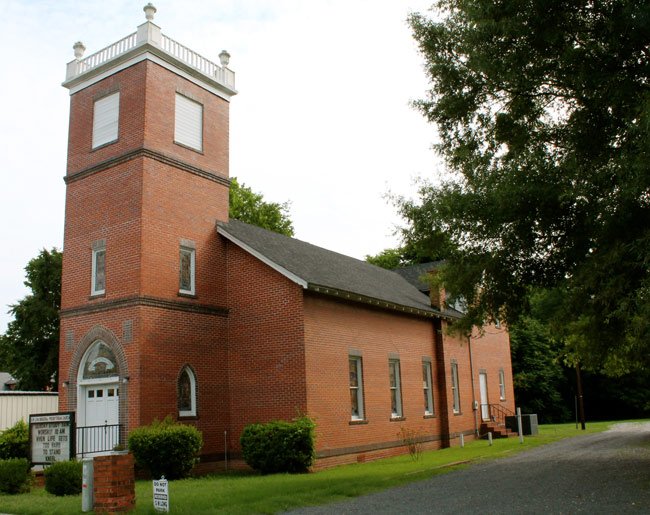 The church and school guided only a small group until Reverend Dr. George Waldo Long, a graduate of Biddle University (now Johnson C. Smith University) in Charlotte, arrived to Cheraw with his wife, Lillian, in 1908. Dr. Long served as pastor of Second Presbyterian Church and principal of Coulter Academy. Together the Longs worked to increase the population of the church and the school, making needed improvements along the way. Under Dr. Long’s guidance, a brick building was constructed behind the church in 1924 to house Coulter Academy. The current church, shown here, was constructed a few years later, in 1927, replacing the original.

Dr. Long died in 1943 but saw his decades of work flourish, as Coulter Memorial Academy increased from eight students in 1908 to 298 in 1943. Sometime after his death the church changed its name to G.W. Long Memorial Presbyterian Church in his honor.

Coulter Academy began offering junior college credit in 1933 and continued until 1947. The school merged with the public school system in 1949 and operated until 1955. Still located behind the church, the former school building now hosts Freemasons as Sanctorum Lodge Number 25. Dr. Long is buried in the graveyard of the church that bears his name.