The Roberts Smalls School in Cheraw is the second school on this site to serve African-American students during segregation. Completed in 1953, this building replaced the original 1920 building as part of an effort to update schools during the equalization movement in South Carolina. Under “separate but equal” laws, the state modernized African-American schools during the 1950s in an attempt to “equalize” facilities with those of white students in an effort to avoid integration. When completed, the new Robert Smalls School was praised for its “evidence of the strides made in Cheraw to equalize school facilities for Negro and white students.” 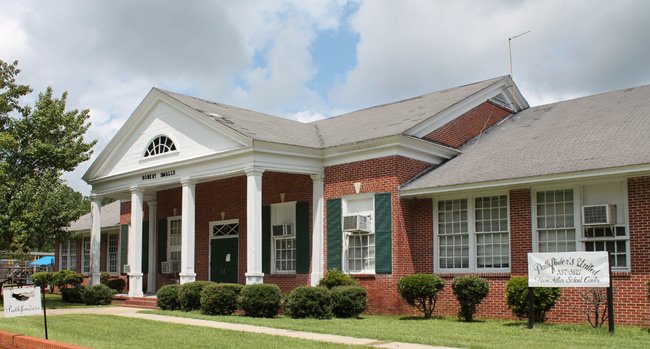 The school was named for Robert Smalls, an enslaved deckhand who commandeered the Confederate transport ship,The Planter, and sailed it out of the Charleston harbor on May 13, 1862, with his family and other slaves on board. Smalls, who had experience piloting the boat, disguised himself as the boat’s captain and sailed past five Confederate forts towards a Union blockade, where he surrendered the ship to United States Navy and secured freedom for himself and his passengers. Smalls then joined the Navy and was made captain of The Planter until the close of the Civil War. Following the war, Smalls returned to his home town of Beaufort, where he represented his district for five terms in the United States Congress. 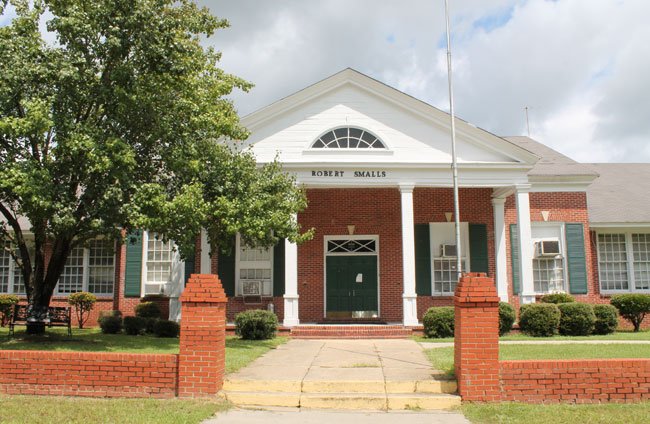 The Robert Smalls School served as a school for African-American students until it was finally desegregated in 1971. Though Brown Versus the Board of Education desegregated schools in 1954, states could transition to integration at their own pace. Many South Carolina counties did not integrate until forced to do so in the early 1970s by federal courts.

The school remained in the Chesterfield County public school system as an elementary school until the 1990s. In 2012 the building was purchased by the nonprofit organization Pathfinders, which offers mentoring and other services to at-risk youth. One notable alumnus from the Robert Smalls School is Cheraw native Dizzy Gillespie, who finished the school in 1933. He began his musical career playing in the Robert Smalls School band and performing in school productions at the encouragement of his teacher, Alice Wilson.

For further information on this and other equalization schools, read Rebekah Debrasko’s 2008 study on Equalization Schools in South Carolina, 1951-1959, available though SCIWAY.

The Robert Smalls School is listed in the National Register:

The Robert Smalls School is a historic school building at 316 Front Street in Cheraw, South Carolina. This single story brick Colonial Revival structure was designed by the Florence firm of Hopkins, Baker & Gill, and completed in 1953. It was part of a development effort by the city to modernize its schools while continuing to provide “separate but equal” education facilities for its African-American citizenry. It served as a public school until the 1990s, and was sold by the city to a nonprofit organization in 2012. It now houses a food pantry and services for at-risk youth.