The College Inn restaurant in Cheraw sits on property that once belonged to the Coulter Memorial Academy, Chesterfield County‘s first school for African-American students. The restaurant took its name from the school, which began offering junior college courses in 1933 and continued until 1947. 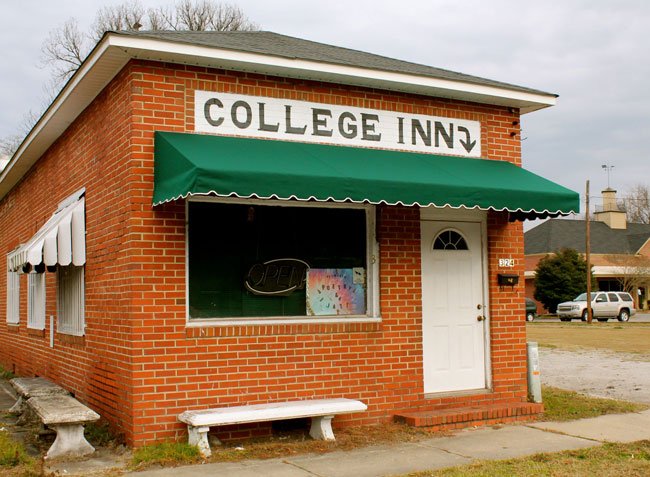 Charles “Neil” Cole, a local teacher and businessman, sought to fill a void by providing a lunch counter that served black students during the time of segregation. He opened the College Inn in 1935 and employed mostly students from Coulter Academy. He served local diners, including Cheraw native Dizzy Gillespie. The restaurant is now operated by Cole’s daughter, Carolyn Cole-Green, and marks a significant place in Cheraw’s black history.

Reflections on the College Inn

Cheraw’s Director of Tourism and Community Development, David Sides, adds, “On this property and of special significance to Cheraw’s black history is the College Inn Restaurant. During the days of Coulter Academy, this establishment was the only place in town where blacks were welcomed to sit and enjoy a hamburger and a shake.”

Plan Your Trip: The College Inn