St. John United Methodist church sits adjacent to Ruffin Baptist Church along the appropriately-named Double Churches Road in Ruffin. The small Colleton County community was named for Edmund Ruffin, a native of Virginia who came to South Carolina some time in the mid eighteenth century at the the behest of his friend, Governor James Hammond. 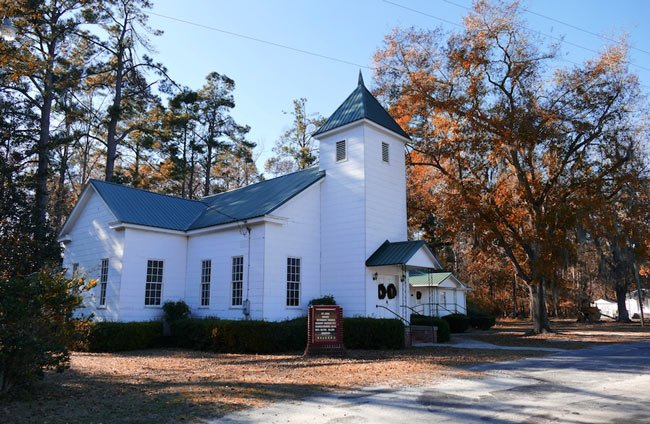 A successful planter who experimented with the effects of marl on soil, Ruffin shaped Hammond’s property, Redcliffe Plantation, making its soil quite fertile and prosperous. Ruffin was a staunch secessionist and proponent of slavery. He also claimed to have fired the first shot onto Fort Sumter during the Civil War, though no evidence supports his claim. Following the Union victory, Ruffin committed suicide, citing, “I cannot survive the liberties of my country.” 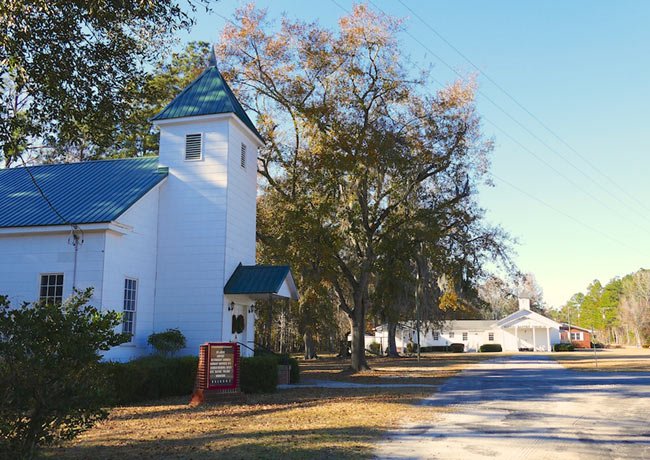 This Methodist church in Ruffin was likely founded in the early twentieth century, the same time its neighboring church was organized. However, information in this church is sparse.

Do you know a story or have any information about St. John United Methodist Church in Ruffin? If so, please send it to the South Carolina Picture Project. Thank you!