The Tuskegee Airmen Memorial on the grounds of Colleton County‘s Lowcountry Regional Airport commemorates the heroism of the determined young men who enlisted in world War II to become America’s first black military airmen. Before being sent into action, the now famous Tuskegee Airmen received their final months of combat training here, at what was then the Walterboro Army Airfield. 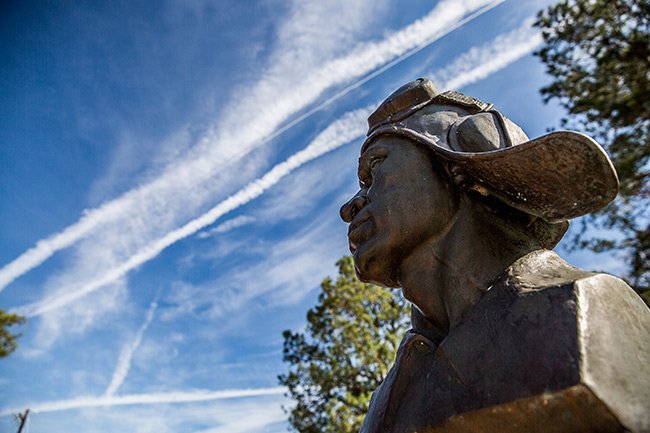 The airmen trained each day from dawn to dusk for three months before their overseas deployment. They learned to fly three types of planes: The Air Cobra, the Thunderbolt, and the Kittyhawk. The nose-heavy Thunderbolt – nicknamed “The Jug” – was the most difficult. Five men died flying it during training exercises. 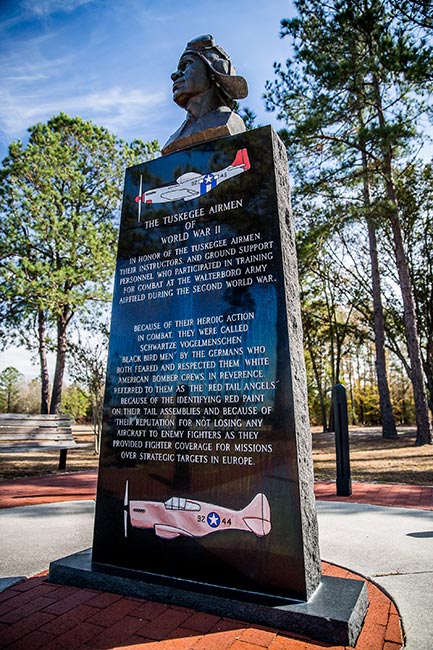 During the war, 1,000 Tuskegee Airmen flew 1,578 missions which involved over 15,000 attacks. Legend has it that the airmen, also known as the Red Tails, never lost an aircraft they escorted over enemy territory. While this is untrue, the Red Tails had one of the lowest loss records of all escort fighter groups. Although segregation was still widespread in America, many white bomber crews made special requests for the black pilots to be their escorts. In 1948 President Harry Truman signed Executive Order 9981, which called for the equal treatment and opportunity of people of all races in the United States Armed Forces. This action led to eventual desegregation in the military. Please read the Tuskegee Experience for more details. 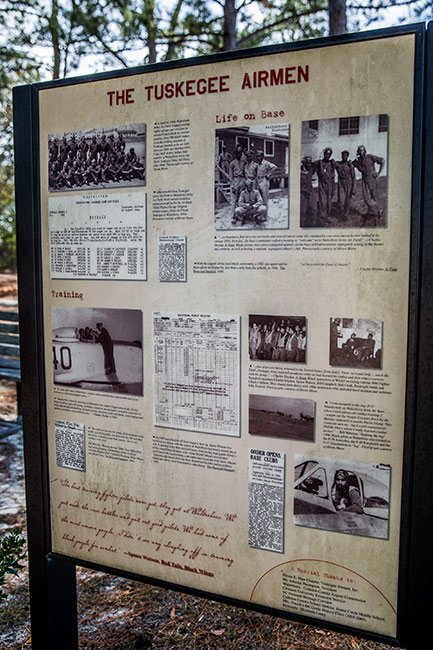