This Federal-style house in the Darlington County community of Society Hill was built in 1832 by merchant Caleb Coker, father of Major James Lide Coker. Major Coker, who grew up in this home, was an influential leader in the Pee Dee region. A businessman, Civil War veteran, and founder of Coker College, he also led Sonoco – the region’s leading industry – founded by his father, Charles W. Coker. 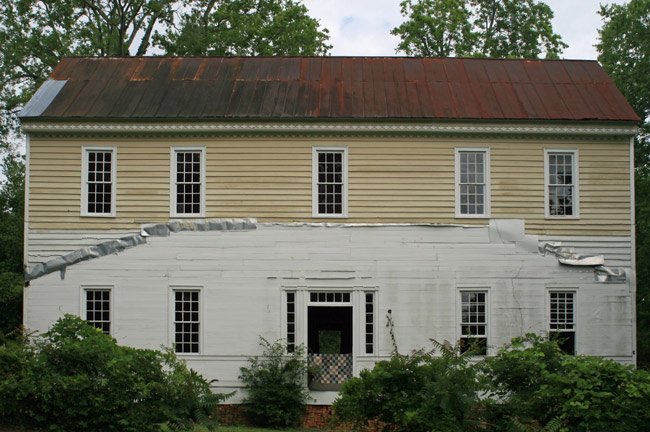 In 2012, Dr. Ernest Helms received the Governor’s Award from the foundation for his lifetime achievement of saving and restoring historically significant homes, the Caleb Coker House included. Dr. Helms donated the home, which he stabilized, to the Palmetto Trust for Historic Preservation. The Palmetto Trust recently sold it to private buyers, who will continue the restoration process and subsequently use the home as their residence. 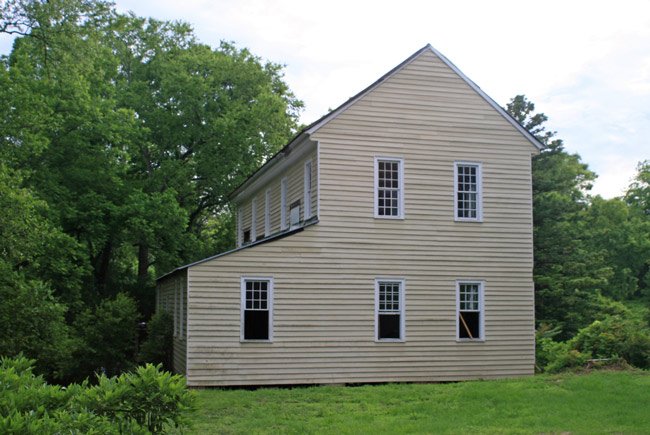 The historic marker, seen below, denotes the property, which sits far back from the street. The historic Coker and Rogers Store can be seen behind the marker and was built by Caleb Coker in 1828. 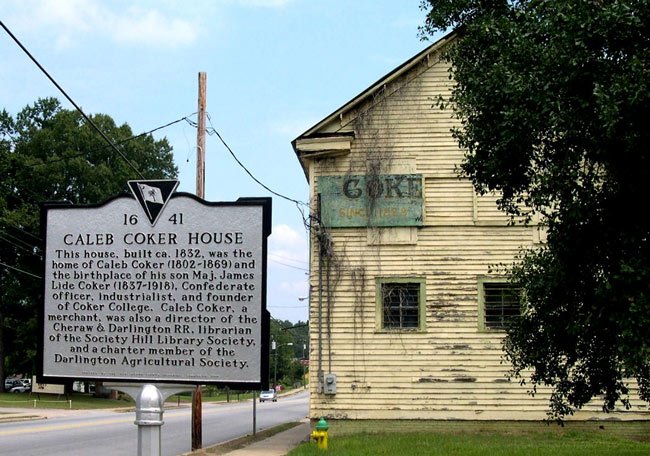 John Nelson of Columbia, 2006 © Do Not Use Without Written Consent