Born in Society Hill in 1847, Zachariah Wines was a leader of his community and of South Carolina. Listed in the 1880 census as a “mulatto,” he was most likely biracial. He owned a store, seen below, and was also a teacher at the local Waddell School. Following the Civil War, Wines served as a South Carolina legislator from 1876 through 1878. He was also commissioned as a Captain in the National Guard by Governor Wade Hampton in 1877. 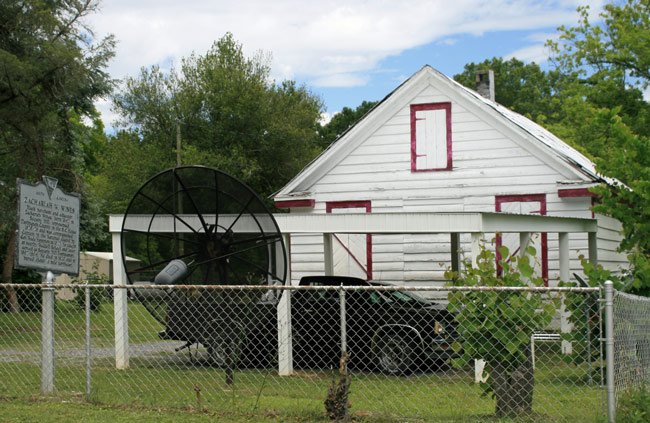 Wines was instrumental in the organization of Union Baptist Church, which sits across the street from the former Wines store. After the church was formed in 1886, Wines served as its first clerk and trustee. 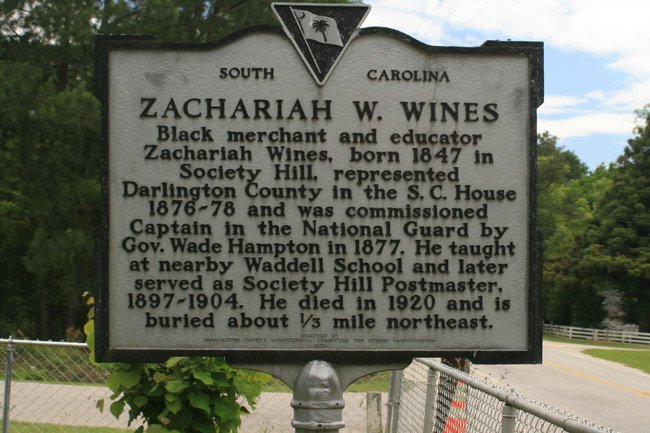 From 1897 through 1904, Wines was the Postmaster of Society Hill. He died in 1920. Today his former store is a private residence.