Abingdon Manor in Latta is also known as the Manning House for its original owner, James H. Manning, who served as Dillon County’s first state senator when the county was established in 1910. Manning, a wealthy planter, began construction on this opulent manse in 1902. The project, which includes 10,000 interior square feet, took three years to complete, and the columns on the porches – which number 40 – were made from trees on the surrounding property. 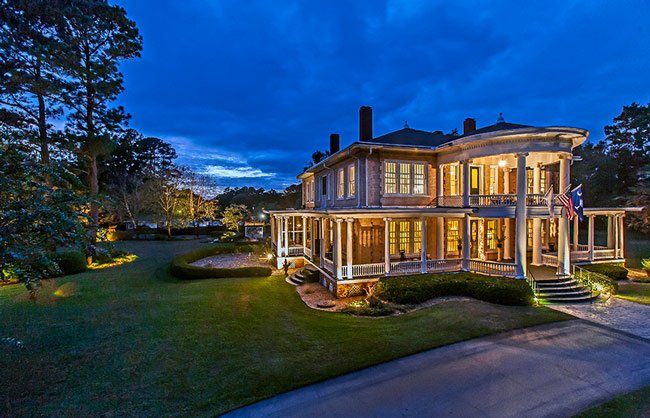 The home remained with the Mannings until 1970, when it was sold and used as a bridal shop. In 1992 the manse changed hands again, this time becoming a bed-and-breakfast called the Manning House for the original owners. The current owners purchased the business three years later and changed the name to reflect that of an estate near Oxford, England. 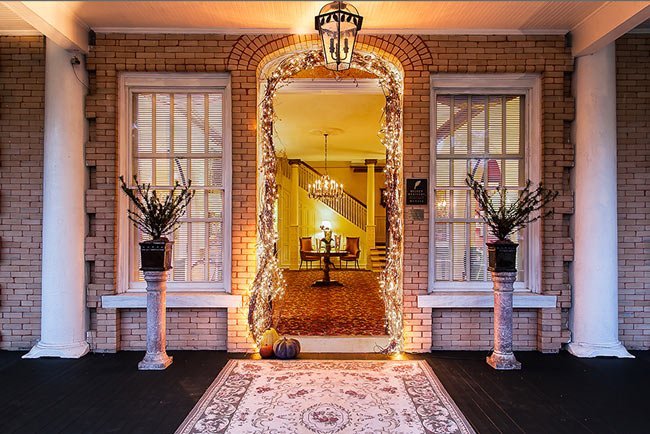 Abingdon Manor is listed in the National Register as part of the Latta Historic District #1:

Latta Historic District #1 consists of approximately fifty-five properties which define and contribute to the character of the historic district. All of the properties were constructed between ca. 1890 and ca. 1930. The district is primarily residential, mostly one- to two-story frame residences with late Victorian era details. The district contains several fine local interpretations of late Victorian era construction styles. In addition, the district has examples of local usage of neo-classical details and more sophisticated examples of the Neo-Classical style. Early twentieth century bungalows illustrate the development of the area during the early century.

The district also contains the Latta Public Library, the Latta Methodist Church, the Latta Baptist Church, and a few commercial buildings, most notably the Fairey Agency and Dr. L.H. Edwards dentist office. The library, the first in the county, is a town landmark and is architecturally important to the town as the work of Wilson and Sompayrac, Architects, of Columbia.