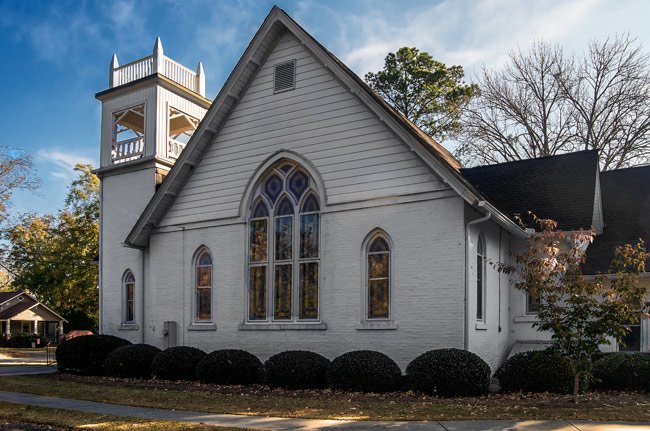 John Kirkland of Augusta, Georgia, 2013 © Do Not Use Without Written Consent

Trenton is the birthplace of Governor Ben Tillman as well as the site of his burial at nearby Ebenezer Baptist Church. The town was organized in the late nineteenth century due to the advent of its railroad, which took passengers to Columbia, Charlotte, North Carolina, and neighboring Augusta, Georgia. Originally called Pine House for its stagecoach station, the town received its charter in 1877, the same year it became known as Trenton. This makes Trenton United Methodist Church three years older than the incorporated town.

The Reverend Cheryl D, Toothe would like for everyone to know that Sunday School is at 10:00 each week, and worship is at 11:15. She goes on to say that visitors are always welcome at Trenton United Methodist Church!