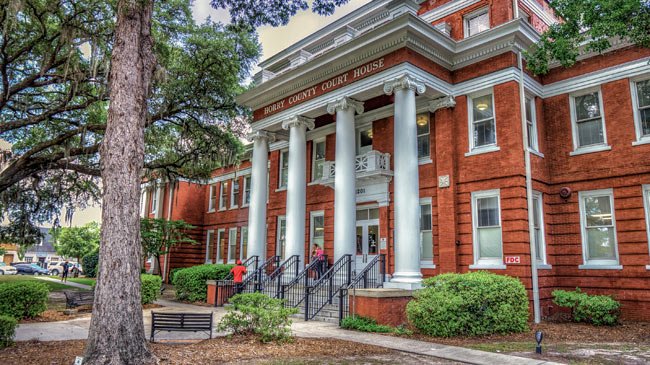 The current courthouse (pictured here) was built during Conway’s most significant period of growth. Many of the oak trees on the courthouse grounds were planted by L.W. Brown, who served as Clerk of Court from 1909 to 1927. The courthouse has been renovated several times; the east and west wings were added in 1964. 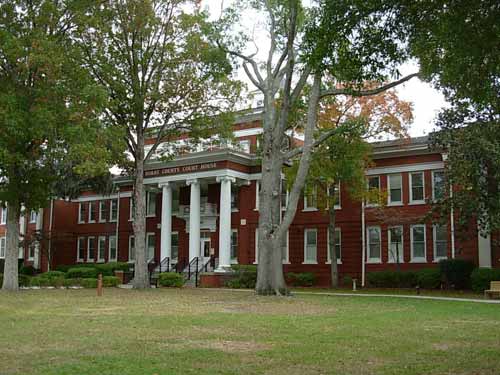 Reflections on the Horry County Courthouse

Contributor David Smith says: “This image was captured on August 23, 2016 while standing in front of the historic Horry County Court house on a beautiful day. If you ever travel to Myrtle Beach and want to enjoy some good’ ole Southern, downhome small-town hospitality and shopping, don’t miss a day in Conway. It has some great little shops and restaurants in the downtown area. Everything is within walking distance.”