Iron artist English Cooper maintains a gallery of his forged wares in Bishopville, the rural community where he grew up. Cooper wasn’t always an ironsmith; he began his career as a farmer and figured he would continue farming until he retired. His gift for ironwork revealed itself to Cooper later in life. 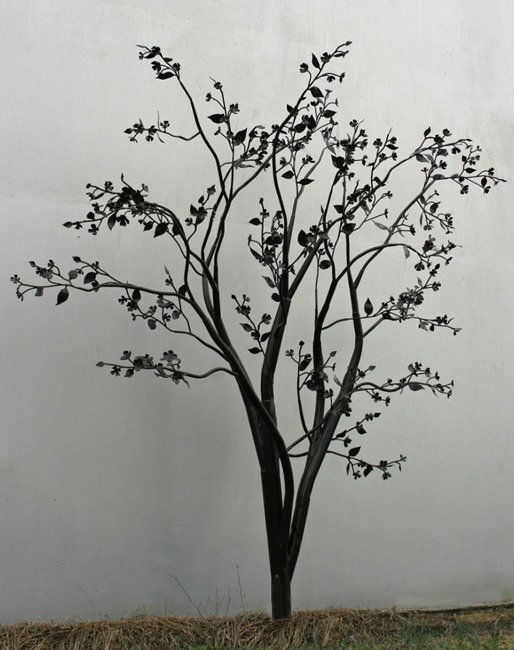 An experienced welder, Cooper discovered his talent for metal art when a friend asked him to create a stair rail. According to Cooper, he gauged the materials he would need by intuition, made the rail, and the results were beautiful. That experience led to other iron projects and eventually a gallery in downtown Bishopville within a historic hardware store. The gallery is hard to miss, as the entrance is laced with Cooper’s ironwork, enticing visitors to come inside and see more. 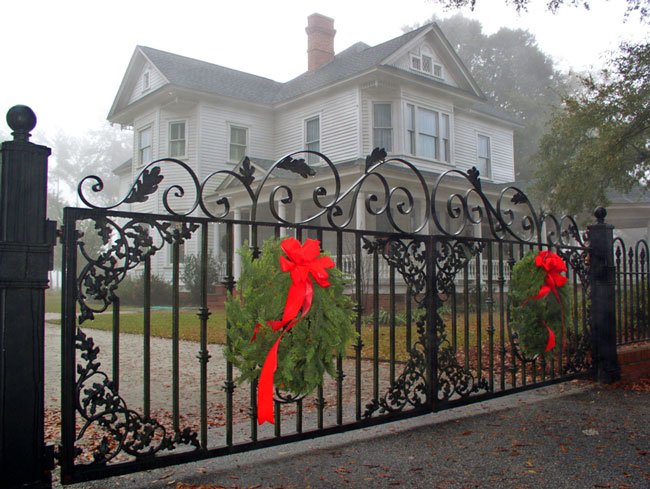 Cooper’s works range from functional pieces such as gates, fences, and iron spindles, seen below, to works of whimsy, as seen in the tree at the top of this page. He also does commercial and restoration work, both for businesses and individuals. He works with one assistant, and together the men have filled Cooper’s storefront, The Iron Gallery, with both decorative and utilitarian objets d’art. 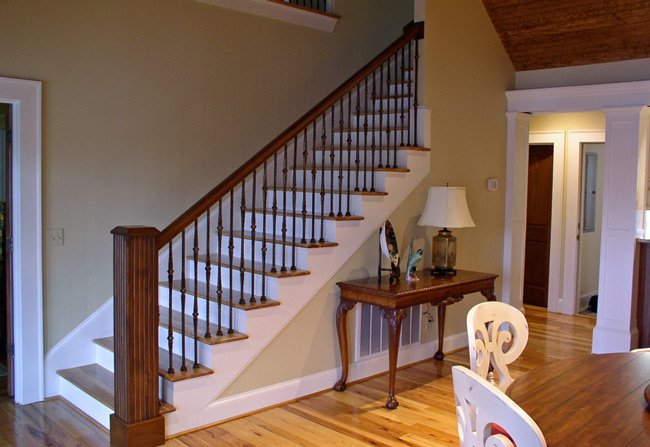 Cooper has created metal work for more than 40 years and ornamental work for nearly 20. Self-taught, his art is reminiscent of another Bishopville native, Pearl Fryar. Both men happened upon their talents accidentally and are now well-known for their exquisite creations. These creations have helped make Bishopville known for its artisans as much its agriculture. 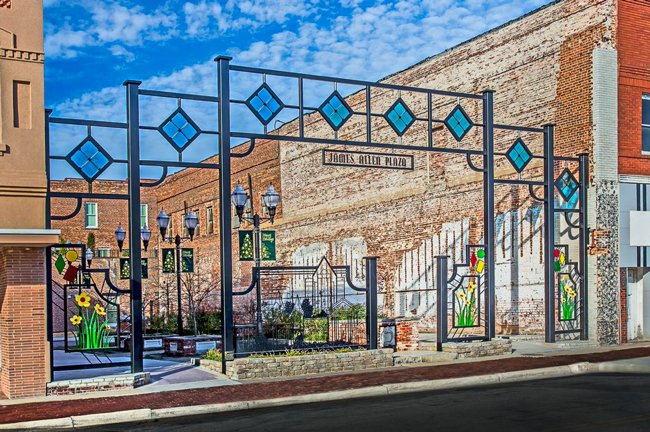 People can view Cooper’s work across the Pee Dee, from public gates, such as those in front of the James Allen Plaza in Florence (seen above), to decorative signage in downtown Latta. However, the best place to see the range of Cooper’s work – and maybe even acquire a piece for yourself – is in his Bishopville gallery.