Issaqueena (pronounced “izzaqueena”) is one of South Carolina‘s most popular waterfalls due to both its breathtaking 100-foot cascade and the interesting legend which surrounds it. 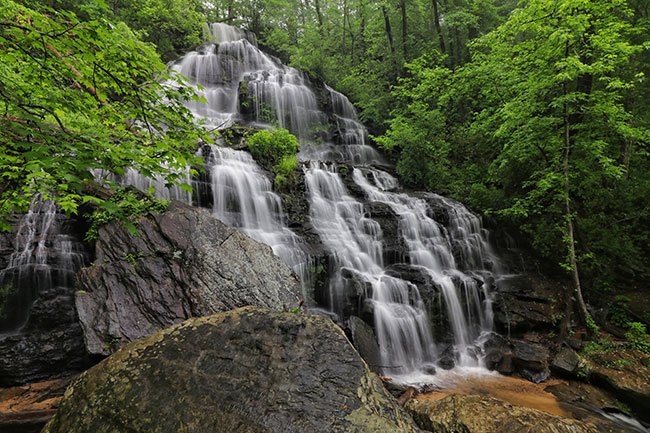 Located near the City of Walhalla, in Oconee County‘s Stumphouse Tunnel Park, the falls allegedly were named for a Native American girl who discovered that her tribe planned to attack a nearby community of white settlers, according to local lore. 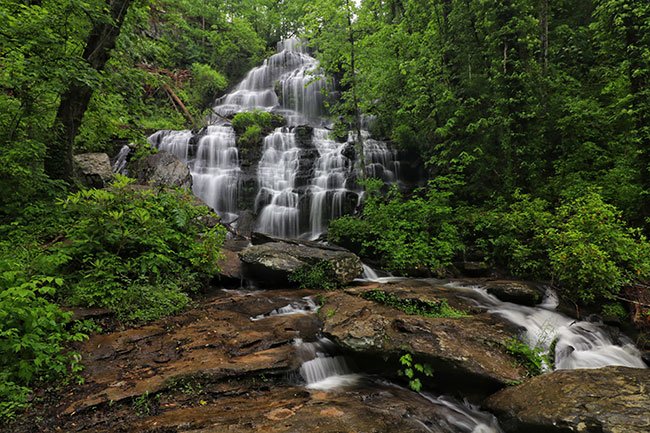 The girl – Issaqueena – quickly dashed away on her horse to warn the settlers of their peril. During her ride, she named the places she passed – such as Mile Creek, Six Mile, Twelve Mile, and Eighteen Mile – until she finally reached the threatened settlement now known as Ninety Six. Learning of her betrayal, Issaqueena’s tribe chased her to the falls, where the young maiden pretended jump but hid behind the wall of water instead. Assuming she was dead, the tribe called off its search and Issaqueena was able to make her escape. Issaqueena is the character’s name in the Choctaw language; her name given by the Cherokees was Cateechee, which is also the name of other local landmarks. 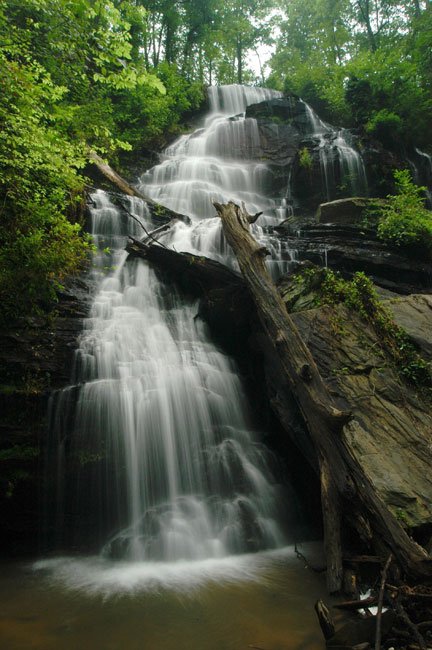 Another version of the legend holds that Issaqueena was protected not by the falls but by a nearby stump, from which both Stumphouse Mountain and the famed Stumphouse Tunnel in turn received their names. The falls are located just down the path from the tunnel, which has quite an interesting story in its own right – learn more about Stumphouse Tunnel. 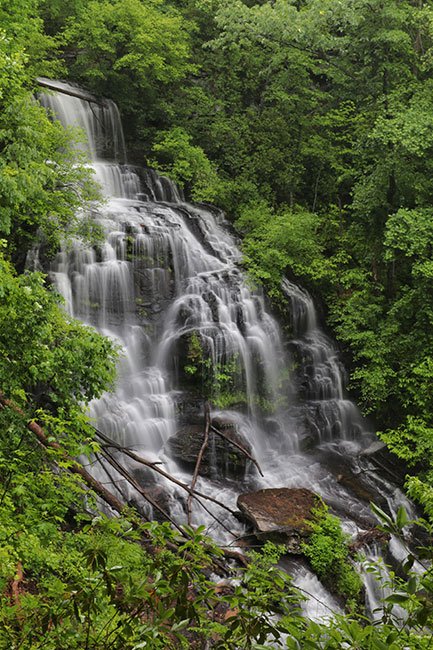 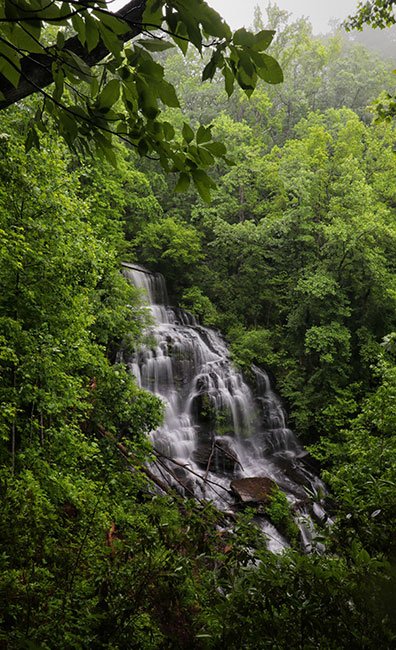 Contributor Gregg Turbeville sent us his beautiful photo of the falls with the following story: “This photo was taken on a family excursion on the way to Oconee State Park after dropping my oldest son off at Clemson University. This 200-footwaterfall is surprisingly accessible with only a short walk from the parking lot off of Highwy 28.” 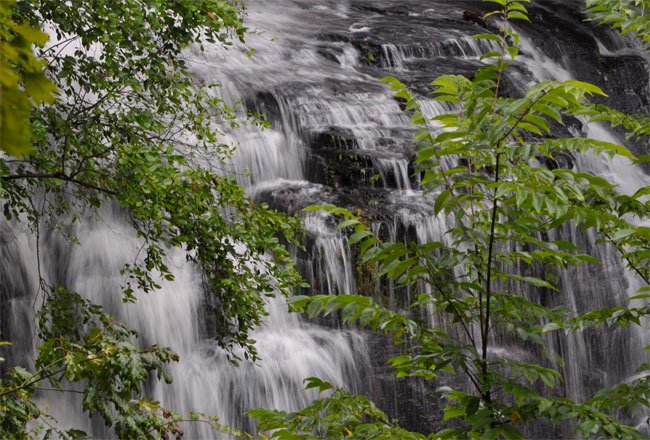