Located in the heart of the historic Congaree Vista, Adluh Flour (pronounced AD-loo) is a Columbia landmark and the only historic South Carolina flour mill still in operation. The mill’s warehouse was built in 1900, with the first of three grain elevators coming in 1910. Its flashing neon sign has become a celebratory beacon for downtown Columbia and serves as a reminder of the Vista’s industrial past. The mill produces cornmeal along with flour, and the wheat and yellow corn used for production are grown almost exclusively in South Carolina. 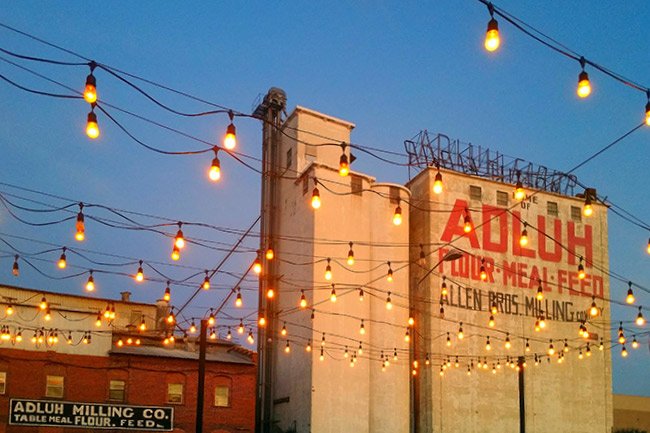 David McNamara of Columbia, 2015 © Do Not Use Without Written Consent

The business was established by B.R. Crooner and operated by the Crooner family from the turn of the twentieth century until 1920, when it merged with the J.H. Hardin-owned Columbia Grains and Provisions Company. However, the business was eventually foreclosed upon soon after this partnership, with the mill coming under the ownership of First Commercial National Bank as a result. 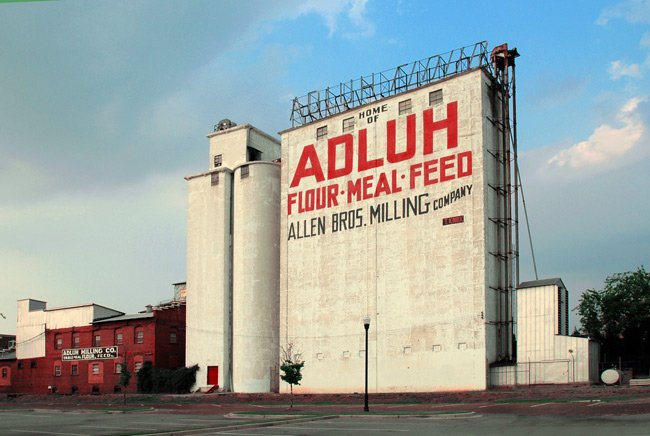 In 1926 the mill was purchased by The Allen family of North Carolina. The family brought with them a history of operating grist mills dating to the early nineteenth century. In 1937 they relocated one of their North Carolina mills to Greenwood, eventually closing that mill and consolidating all of their production in Columbia. The Allen family still owns and operates Adluh Flour under the name of Allen Brothers Milling Company. 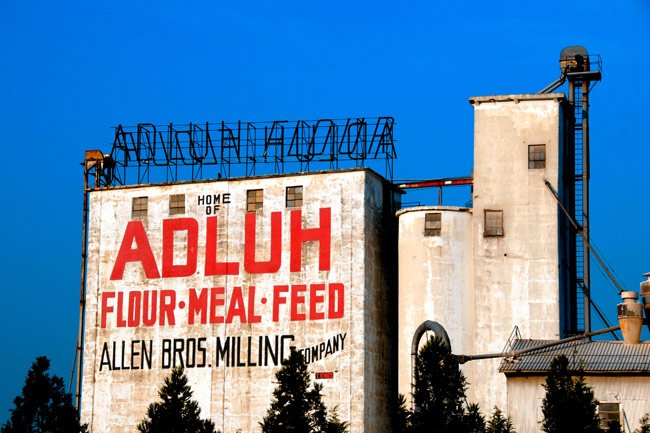 With production underway for over a century, Adluh Flour is the country’s second-oldest continuously-operated electrical flour mill. The mill still uses stones in its grinding process. It also uses its original milling roll stands and produces between 50,000 and 60,000 pound of flour a day as well as 25,000 pounds of cornmeal and 6,000 pounds of grits. Many of the capital city’s local restaurants use only Adluh products in their offerings. 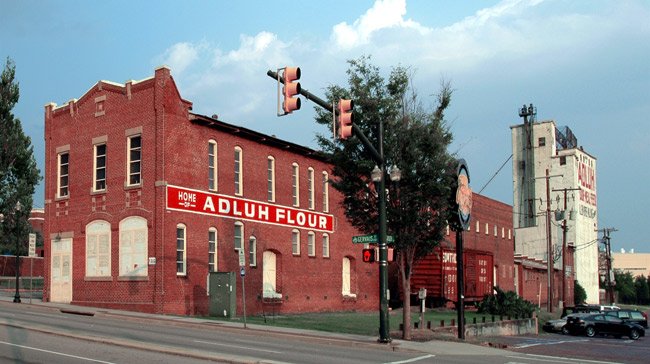 As for the mill’s unique name, while there is no formal documentation citing the reasoning behind the use of “Adluh,” lore holds that Crooner, a Dutch immigrant, named the business after his daughter, Hulda – only spelling her name backwards. 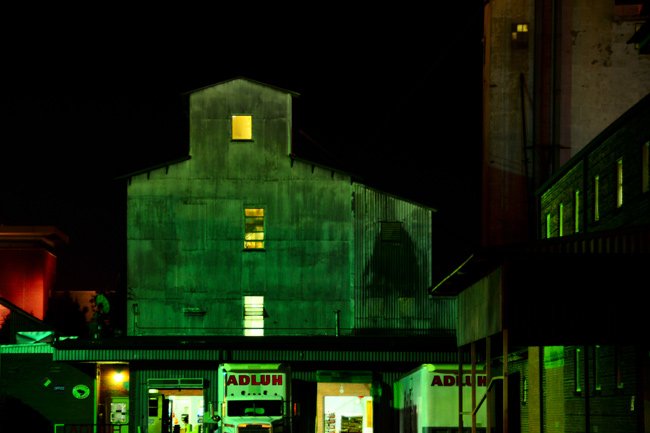 Adluh Flour is listed in theNational Register as part of the West Gervais Street Historic District:

The West Gervais Street Historic District, located along sections of West Gervais Street, Park Street, Lady Street, Lincoln Street, and Gadsden Street, is a collection of fifty-seven commercial, warehouse, and light industrial properties which represents the largest intact group of older business property within South Carolina’s capital city. The forty-one contributing properties in the district date from ca. 1846 to the 1930s. The number of properties within the district that retain their individual historic or architectural integrity imbues the district itself with an unusually strong integrity of setting and character. The buildings are of small scale, one to three stories, with all facades subdivided by stories and bays. They are uniformly of brick construction.

The beginnings of development in the area came with the evolution of Gervais Street into the city’s principal western artery following the 1827 construction of the Congaree River Bridge and establishment ca. 1846 of the South Carolina Railroad Depot. Subsequent rail lines also centered on Gervais Street until the construction ca. 1902 of Union Station making Gervais Street the state’s chief rail transportation nexus. The area also contained the city’s gas works built ca. 1869, the first electric light plant built ca. 1891, and the street railway company barn built ca. 1886. The eighteen buildings constructed between 1900 and 1915 visually reflect the district’s part in Columbia’s growth as a major center for transportation and trade during that period.

Reflections on the Adluh Flour Mill

Contributor Parker Renaud made the following observation when capturing the above image of the loading dock: “This photo was taken at 5:37 a.m. using available light. The strange colors are due entirely to the different types of lights used in the area.”