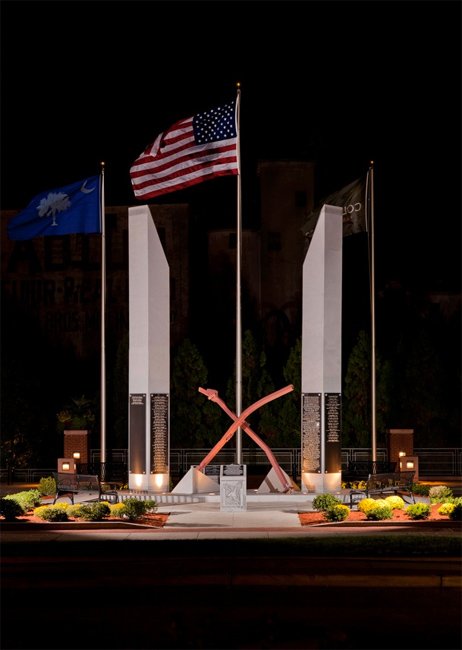 Benton Henry of Latta, 2011 © Do Not Use Without Written Consent

Photographer Benton Henry shares his experience photographing the memorial at the Columbia Metropolitan Convention Center: “This shot was made early one fall evening with Dan Henningan (one of the driving forces behind the memorial). Pictured in the photograph are two granite towers representing the World Trade Center twin towers. The two crossed beams in the middle are two support beams that were recovered from the World Trade Center.” 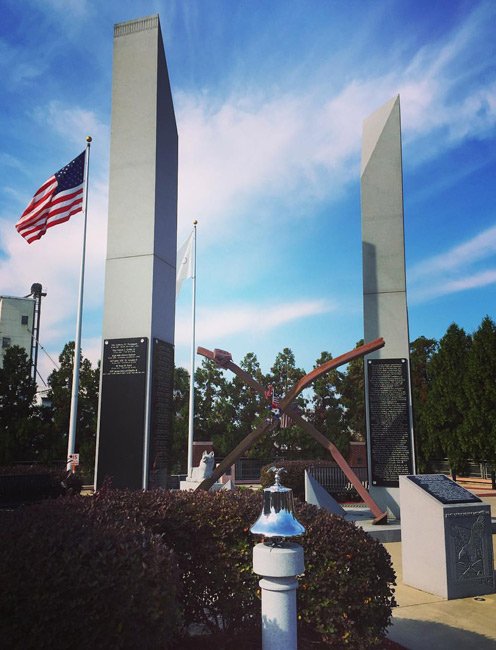 Anna Garrison-Nemeth of Columbia, 2016 © Do Not Use Without Written Consent

Anna Garrison-Nemeth says of her above photo: “Had it not been for a tour group I was a part of, which happens to start its tour at the Memorial, I would not have known about the First Responders Remembrance Memorial. Like so many others, I vividly remember September 11, 2001. Having grown up as an Army brat and then being married to a military man, I knew very well what this meant for my husband, for our family, and for our country. The world as we knew it would never be the same. The First Responders Remembrance Memorial…a humble, yet powerful reminder of a sad, yet life-changing day in the history of the United States.”