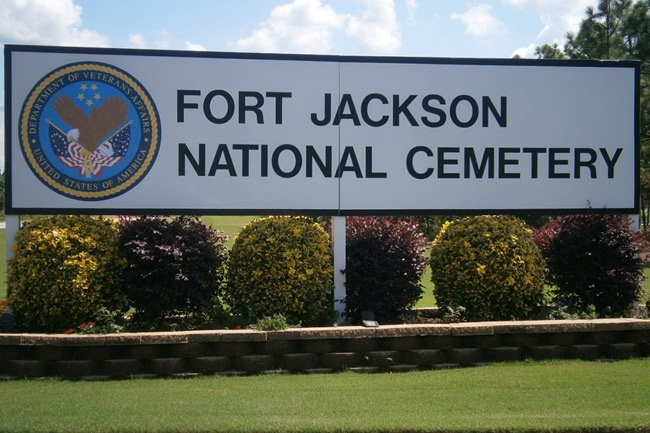 In 2003, the National Cemetery Act permitted the addition of six new national cemeteries for areas without previous access to one. Columbia was one of the cities chosen, and construction began in May of 2008. 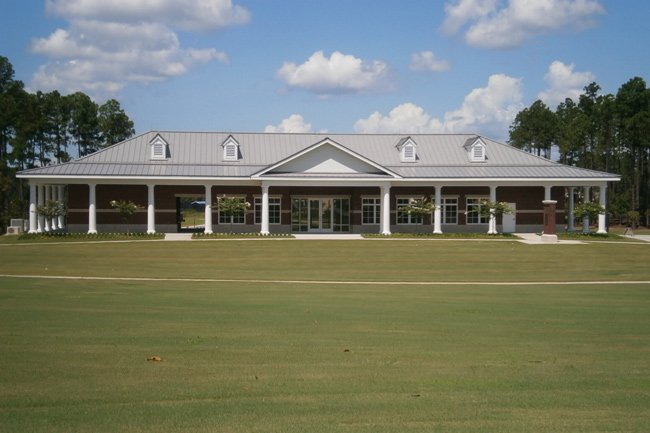 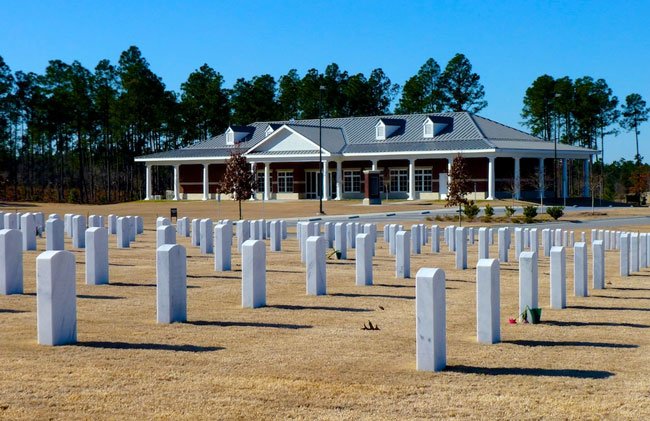 The first phase of the cemetery was complete and ready for burials by January 2009. The second phase of construction began that summer, affording the cemetery 5,000 full-grave casket sites and 5,000 in-ground cremation sites. 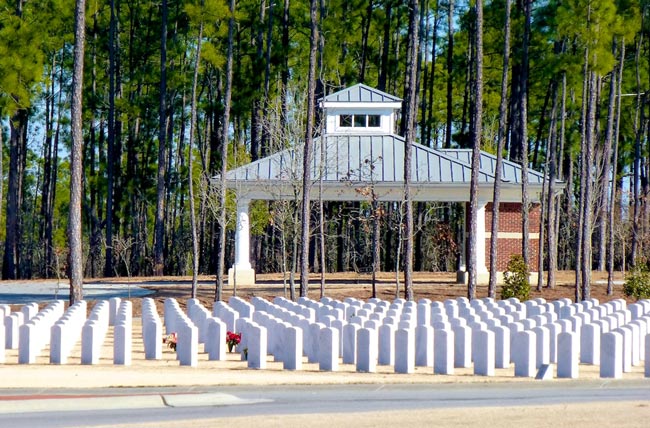 The grounds also include 4,200 pre-placed crypts and 2,000 columbarium niches, or vaults for urns. The cemetery provides a place specifically for flag assembly as well as shelters for funeral services. 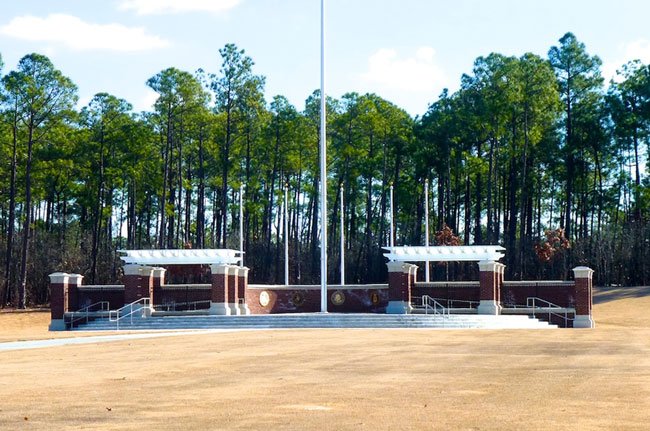 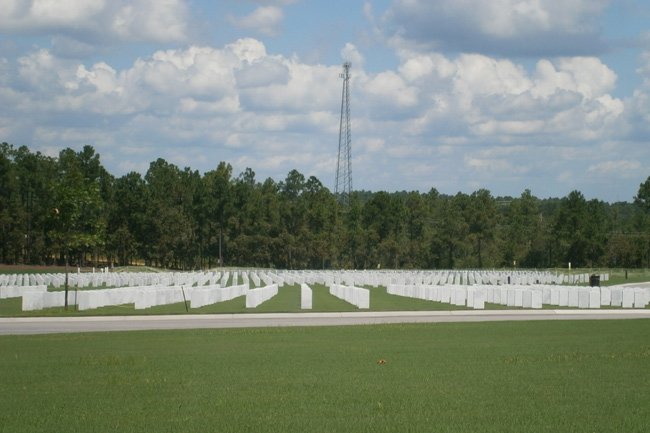 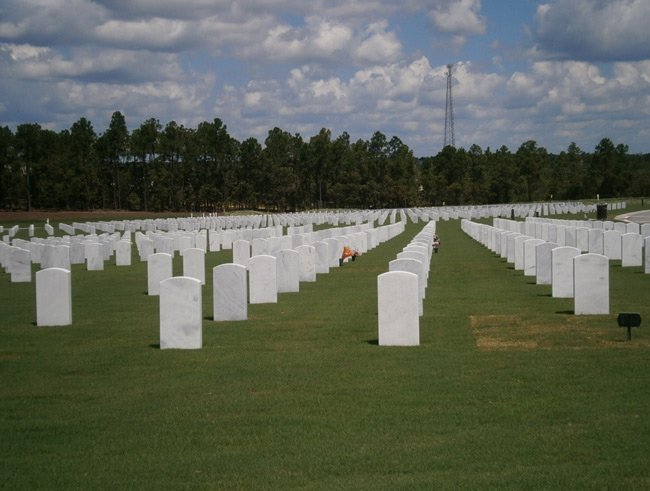 
Contributor Reverend Andy Hunter, who took the photos above, shares this story of his first service at the Fort Jackson National Cemetery: “I conducted my first burial service at a National Cemetery today for one of my favorite members, Mary Bunton, who served in WWII as an army nurse. She was remarkable. Though I’ll miss her, it was an honor to officiate at her funeral … I’ve never done a burial at a National Cemetery and it was very meaningful. I enjoyed telling the three young soldiers of Mary’s role in the World War II as a nurse. The officer who handed her husband the flag was a female lieutenant, and I hope she was encouraged.”