This building, which served as headquarters for Fort Jackson in Columbia, was demolished on May 2, 2016. The army installation was established in 1917 as Camp Jackson upon the United State’s entry into World War I. The camp was named for the seventh president of the United States, Andrew Jackson, who was a native of the Waxhaws region of South Carolina. Camp Jackson closed in 1922 but was reactivated in October of 1939 after Germany invaded Poland that September. The camp was renamed Fort Jackson on August 15, 1940 when it became a permanent military post. 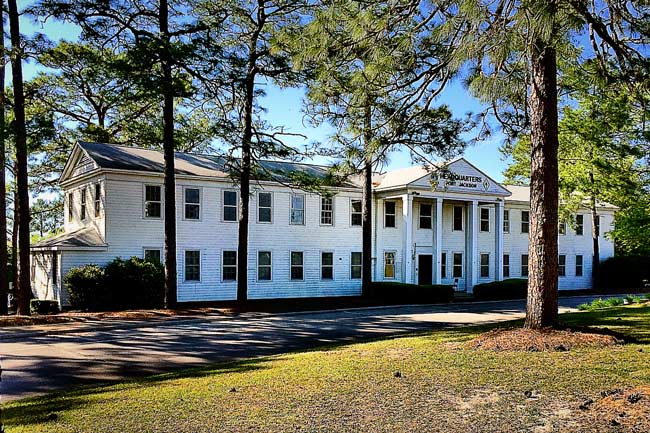 In 1941 the headquarters building, seen above and below, was completed along with more than 3,000 other buildings at Fort Jackson in a landmark construction endeavor. Though these buildings have served Fort Jackson since their completion, the United States Army Installation Management Command hopes to soon abandon all World War II-era wooden buildings due to their energy inefficiency and the fact that most are not up to current codes. 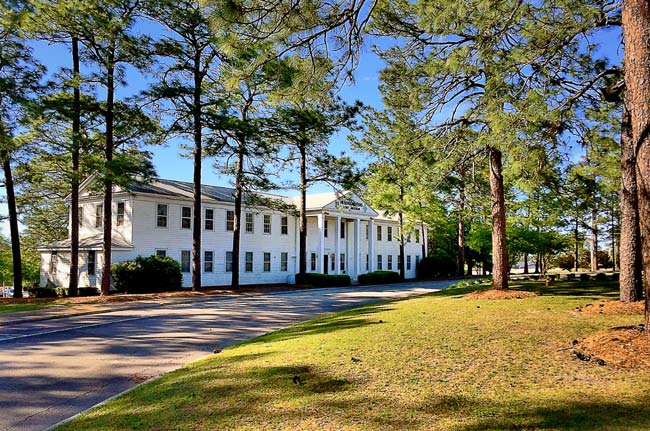 Despite the age of the headquarters building and its significance to Fort Jackson, the State Historic Preservation Office at the South Carolina Department of History and Archives deemed the building historically insignificant due to its many upgrades over the years. 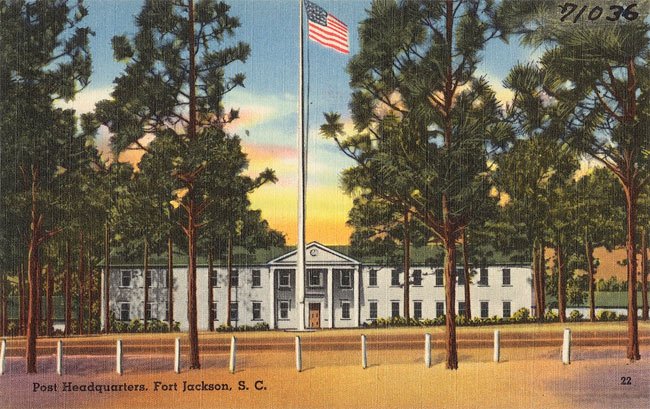 The command and garrison staff, which had been housed in this building, were relocated to the former NCO (noncommissioned officers) Academy building at Fort Jackson. Prior to the move, the command and garrison staff occupied space throughout the post; the staff will now be consolidated in the 41,700-square-foot building. The NCO Academy moved into the former Army Recruiting and Retention School, which transferred to Fort Knox, Kentucky in 2014. 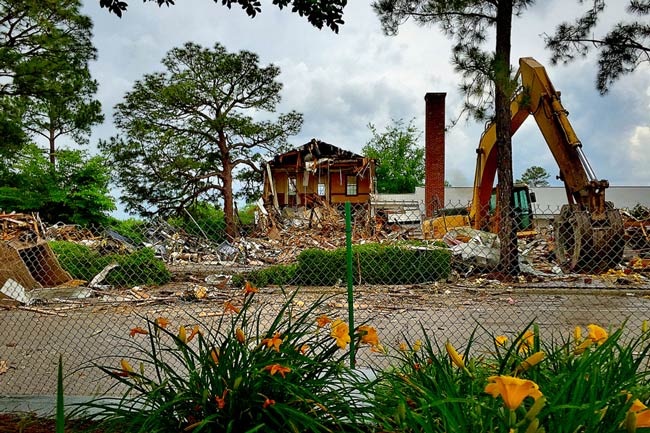 Fort Jackson plans to establish an amphitheater and park where the headquarters once stood. The outdoor space will be linked to the Basic Combat Training Museum, which stands across Jackson Boulevard from the site. A section of Jackson Boulevard will become pedestrian-only in order to connect the museum to the park and amphitheater. The museum is already popular with visiting families, and the post hopes to utilizes the amphitheater and park for future family events. 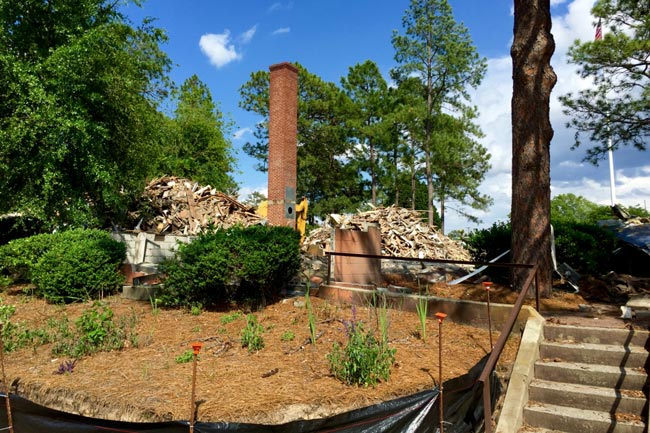 Do you have any stories about Fort Jackson that you would like to share? If so, please send it to the South Carolina Picture Project. Thank you!