Although Trenholm Road United Methodist in the Forest Acres community of Columbia is now among the city’s largest churches, its congregation started small. Early in the 1950s a few members of Washington Street United Methodist Church gathered in a home to play bridge. What began as an evening of fellowship ended with the fever of an exciting new idea – founding a new Methodist church in the growing community of Forest Acres. 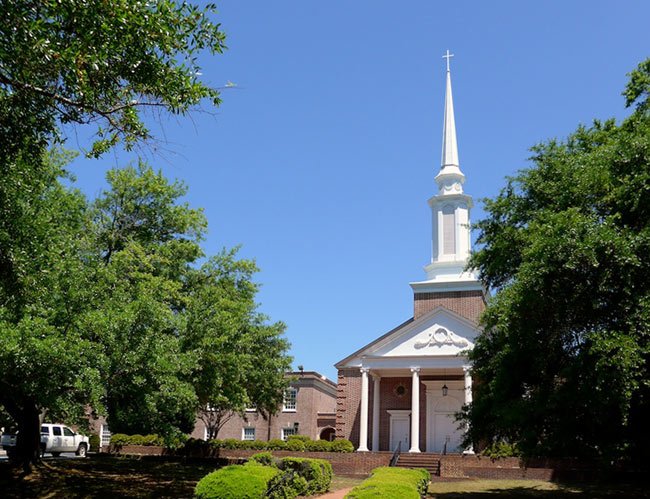 Forest Acres began developing in the 1940s after the area was granted water lines by the Works Progress Administration as part of the New Deal in 1939. Members of this part of town wished to distinguish themselves from the capitol city and called their community Forest Acres. With the new public works in place, Forest Acres grew exponentially over the next decade, and soon, businesses, schools, and churches were erected to meet the needs of this burgeoning community. 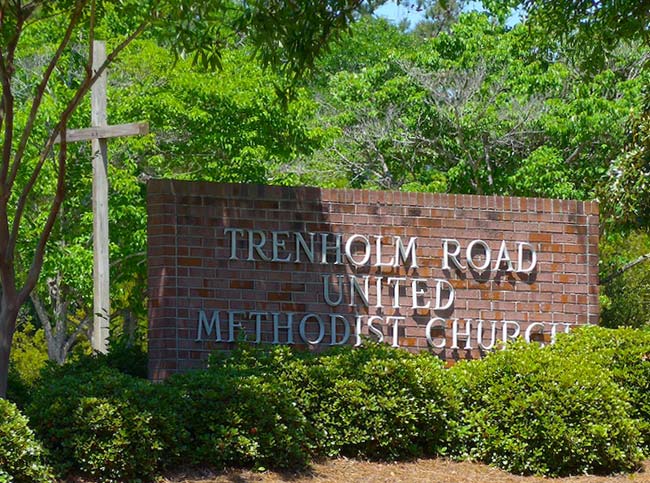 The aforementioned bridge players wasted no time organizing their new church. Initially, interested families met in Epworth Children’s Home, beginning in 1954. By 1957 the membership of the new church had ballooned, and enough money was raised both to purchase land on Trenholm Road and build a church on the site. Since that year, Trenholm Road Methodist Church has continued to increase in both physical size and membership, becoming one of the more highly-attended churches in Columbia.