This Greek Revival home in Columbia – known locally as McCay House for its current owner – is a fine example of a “Columbia Cottage,” or a one-and-a-half story clapboard home on a raised basement. The design was popular in the capital city when the home was built between 1853 and 1859. It originally stood downtown at 1500 Washington Street but was relocated to a residential area in 1964 in order to protect it from demolition; the property it sat on was being razed for a parking lot. 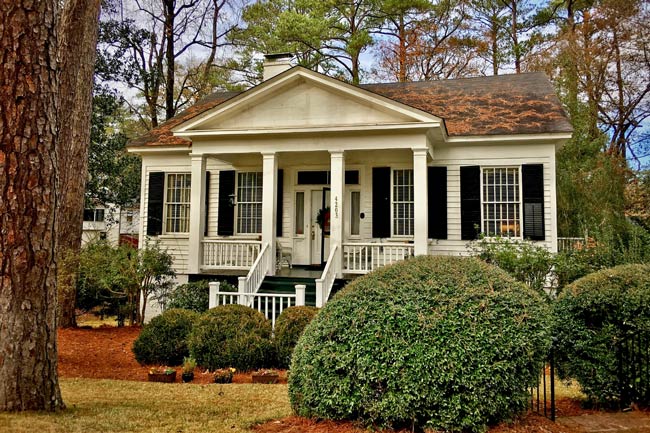 The home’s first owner was local artist Eugene Dovilliers, a French immigrant, teacher, and landscape painter known in Columbia for his depictions of the Congaree River and antebellum structures around the city. The house was later purchased by Wade Hampton Manning, a Confederate veteran and son of Governor John Lawrence Manning. 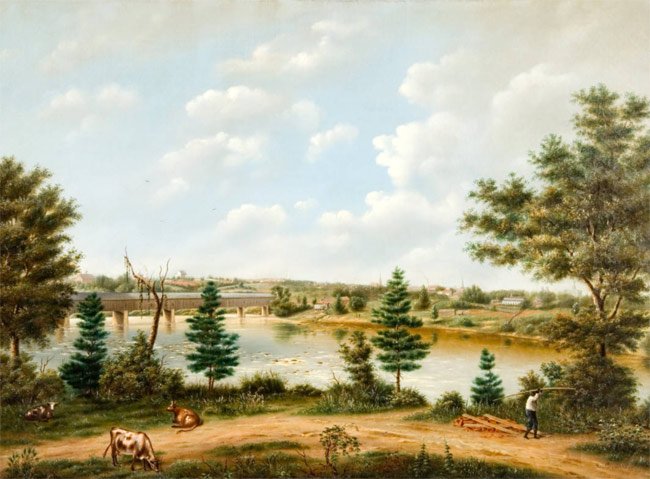 Following Wade Hampton Manning’s ownership, the home passed to his daughter, Kate Hampton Manning, and her husband, Dr. Ralph Deman Magoffin. Dr. Magoffin was a world-renowned archaeologist as well as a professor of history and archaeology at Johns Hopkins University in Baltimore, Maryland. From 1920 to 1921 he chaired the Classical Studies Department at the American Academy in Rome, and from 1923 through 1939 he served as the head of the Department of Classics at New York University. He was also a prolific author of history and archaeology. The Magoffins rented their Columbia home until returning to Columbia in 1939 following Dr. Magoffin’s departure from New York University. 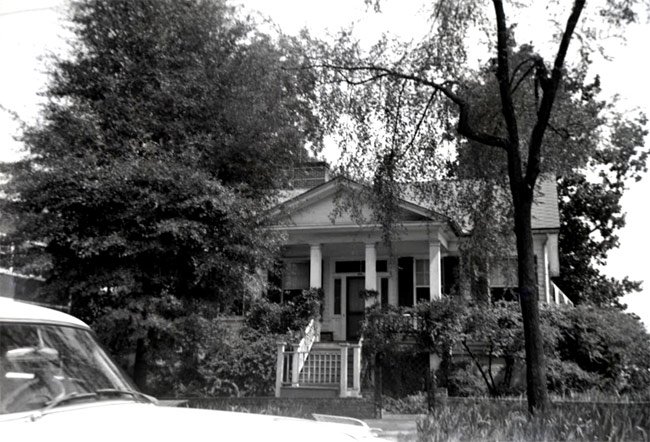 When the home was relocated in 1964, it remained intact with the exception of the removal of an interior chimney. The house has been modified over the years to accommodate modern living; however, it retains its structural integrity and original design.

The Dovilliers-Manning-Magoffin House is listed in the National Register:

The Dovilliers-Manning-Magoffin House is significant as a good example of a raised Greek Revival house known locally as a Columbia Cottage. It is a one and one-half story clapboard structure set on a raised basement. The structure is also important for its associations with its former owners, including Eugene Dovilliers, an artist; the Manning family; and Dr. Ralph Deman Magoffin, a noted classical archaeologist. Although the structure was moved in 1964 when demolition was imminent, it retains its historic integrity. It is believed that the structure was built between 1853 and 1859 by Dovilliers. One of the few documented artists residing in antebellum Columbia, Dovilliers painted several of Columbia’s natural and man-made landmarks. He also taught French, drawing and painting at Barhamville, a female college in existence from 1817 to 1861. The second owner of the property was Wade Hampton Manning. The structure’s third owner, Kate Hampton Manning, was married to Dr. Ralph Deman Magoffin (1874-1942), a prominent classical archaeologist. Magoffin was professor of Classical History and instructor of Archaeology at Johns Hopkins, in charge of Classical Studies at the American Academy in Rome in 1920-21 and from 1923 to 1930 head of the Department of Classics at New York University. From 1908 to 1934 he wrote eight books on archaeology and history, including Magic Spades: The Romance of Archeology, which was widely used as a university textbook.