In the early 1880s, settlers to Edgefield discovered its abundance of red clay and kaolin, and in short order the area became a hub for alkaline-glazed stoneware. By 1817 Abner Landrum, whose family had arrived from North Carolina around 1773, was operating a pottery. He also established a village surrounding his pottery, aptly naming it Pottersville. His brother, the Reverend John Landrum, was a circuit preacher who also owned a local pottery. 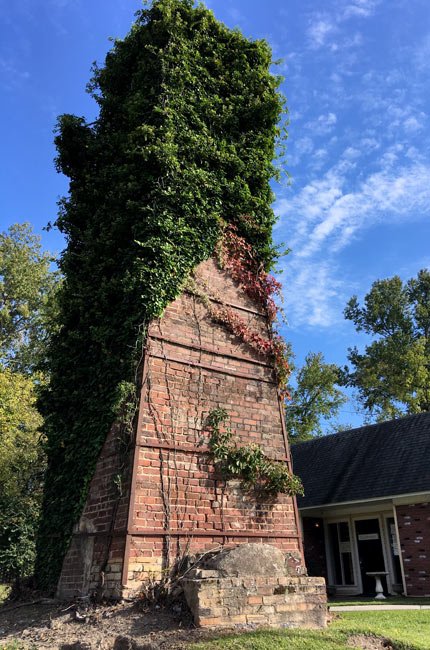 Abner relocated to Columbia some time around the first quarter of the nineteenth century, and by 1832 he had established a pottery off Alms House Road (now Bethel Church Road) in present-day Forest Acres. He got much of his clay from the Broad River. 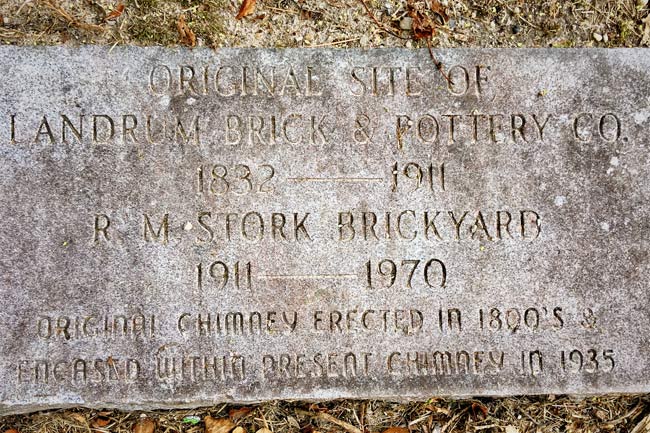 Abner Landrum’s sons worked with him in the pottery, and his son Linneaus particularly enjoyed the craft. When Abner Landrum died in 1859, Linneaus took over his father’s business. For decades, the Landrums had used slaves to manufacture stoneware; following the Civil War, Linneaus employed four adult males and two children. Among his workers were John and William Stork. Linneaus’s sister Juliette married John Stork.

John Stork ran his own pottery, along with his sons, on his property in Dentsville. His sons, Robert and Edward, later began a pottery near Landrum’s on Alms House Road, and their stoneware differed greatly from Linneaus’s in its form and glaze.

Linneaus Landrum died in 1891, and in 1899 Robert Stork purchased his uncle’s pottery. Later in his life, Linneaus had ventured into the manufacture of firebricks, and Stork converted the pottery into a brickyard. By 1911 the Stork Brickyard at the Landrum site was operational.

Robert Stork died in 1954 and his son, Raymond, became the head of the company. The brickyard remained in operation for a few more years. In 1970 the facility was razed to build Brickyard Condominiums, leaving only its chimney intact. Today the chimney stands in front of the community’s clubhouse, which can be seen in the background of the photo above.

The original chimney was built in the late nineteenth century and is encased in a newer chimney, constructed in 1935. Before ground broke on the condominiums, collectors recovered stoneware fragments along with bricks and other related items from the site.