This Romanesque Revival building in downtown Columbia housed one of the first African-American congregations in the capital city. Organized in 1866, members of Bethel AME first worshiped in an old sword factory on Wayne Street. The congregation moved to several locations in the downtown area before acquiring land on Sumter Street. The church employed African-American architect John Anderson Lankford, official AME architect, to design the brick building that was completed in 1921. 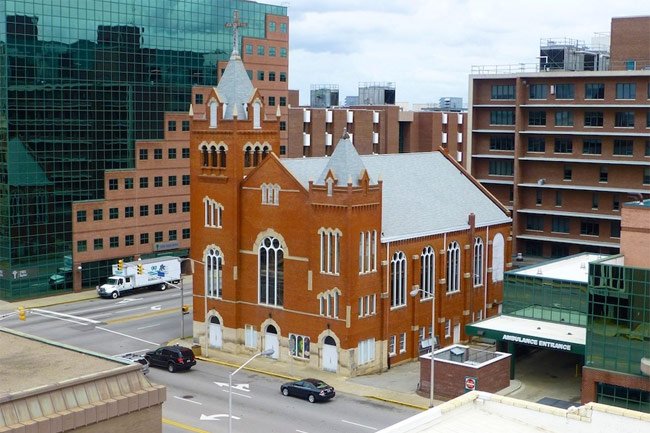 With ever-increasing membership and programs, Bethel AME moved to the old Shandon Baptist Church site on Woodrow Street in 1995. Today Bethel AME Church is one of the largest AME church campuses in the world and is also home to Bethel Learning Center, a SCISA-accredited school and one of the most highly-regarded private schools in the state. The Renaissance Foundation now owns the Sumter Street building, which serves as a Cultural Arts Center and is the intended location of a civil rights museum. 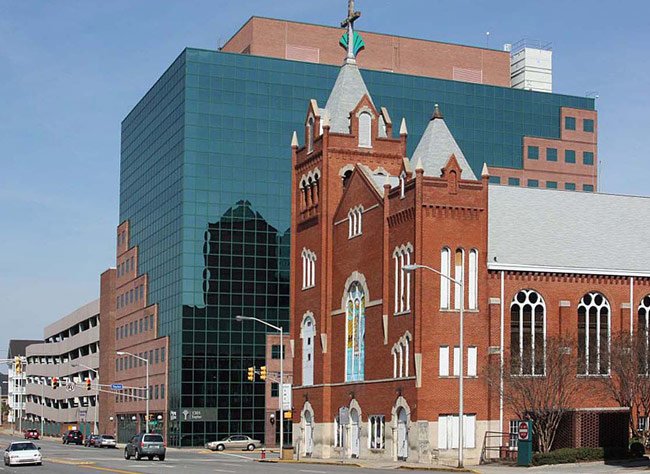 A church by the same name stood in Laurens until 2009. It, too, was built by an African-American architect in the Romanesque Revival style shorty after the Civil War. Sadly, it was abandoned in the late nineties and fell into ruin before ultimately being demolished.

Bethel AME Church is listed in the National Register:

Bethel African Methodist Episcopal Church is significant as the work of John Anderson Lankford, one of the first registered African American architects in the United States, and official architect for the A.M.E. Church. Lankford received training in engineering, mechanics and construction arts at Lincoln Institute, and after graduation became part owner of a blacksmith shop. His work caught the attention of Booker T. Washington, who invited him to Tuskegee Institute in Alabama. Following a distinguished academic career, Lankford taught for a time at Tuskegee. Lankford went on to teach at other technical institutes in Alabama and in North Carolina, where he designed his first building, a machine shop for the Coleman Cotton Mills in Concord, North Carolina. By 1901 Lankford had acquired a respected reputation for buildings in several states.

The church is a monumental Romanesque Revival brick church building built in 1921. The church has a rectangular plan with a gable roof and two towers on its façade. The north tower is three stages above the basement, while the south is two stages. The north tower has a tripartite stained glass window beneath a semicircular arch at its first stage; three windows of stepped height, corresponding to an interior staircase, at its second stage; and an open belfry with a tripartite arcade on the third level. Each tower terminates in a brick parapet, resting upon corbelled brickwork, with tall pyramidal roofs crowning the whole. The center of the façade has a large round-arched window with three arched windows and two roundels beneath an encompassing semicircular arch, and a tripartite louvered vent beneath the gable end.