This historic home in downtown Columbia is one of the oldest in the capital city. Now undergoing restoration efforts as part of the University of South Carolina School of Law, the home was likely built prior to 1813 for Revolutionary War veteran Colonel Peter Horry. At some point John Gabriel Guignard, Surveyor General of South Carolina from 1798 through 1802, acquired the home. Guignard is responsible for the early design of the city and laid out the first streets of Columbia. 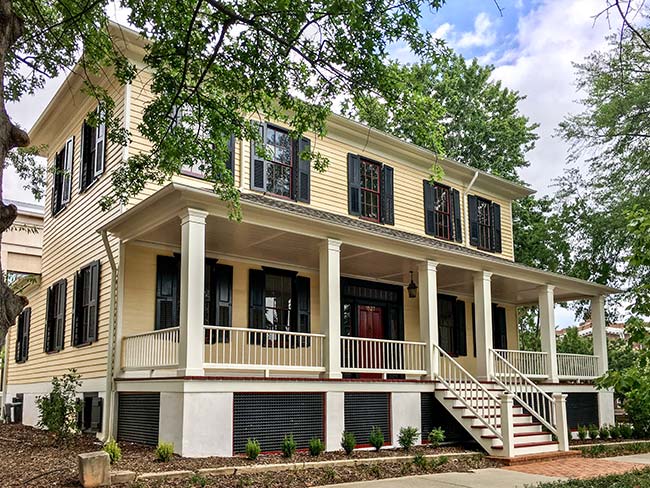 Local legend claims that the house was spared during the Civil War when much of the city was burned by General Sherman’s troops thanks to the cooking of a slave named Dilcie. 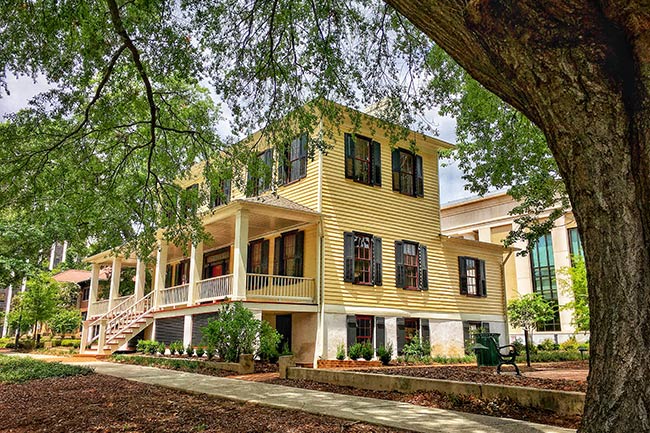 Though her owners had fled Columbia prior to the storming of the city, Dilcie remained in their home, the Horry-Guignard House. She then sought General Sherman at his headquarters to invite him to dinner, promising him “the best cooking in Columbia.” Apparently her talents were appreciated by the general and his troops, for he ordered that the home be spared as a gesture of gratitude for the meal. 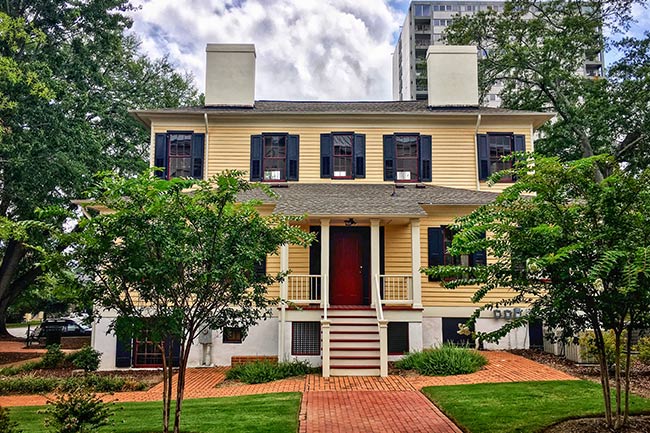 Today the home, along with an unidentified outbuilding (seen below), stands near the university campus where it was completely restored to become part of the new School of Law complex. Previously the home had served for decades as the headquarters for the Columbia Music Festival Association. 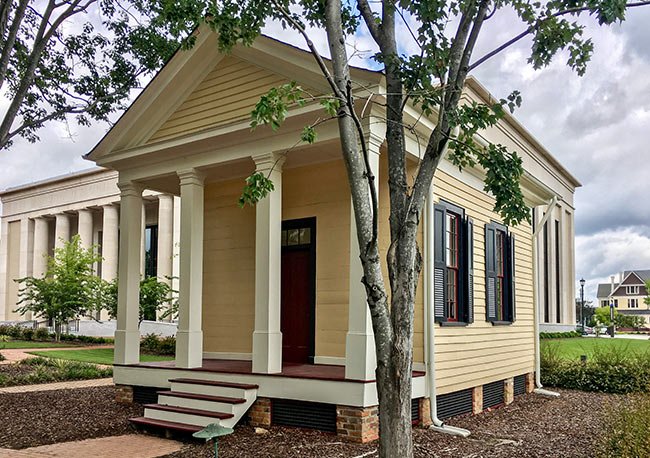 The Horry-Guignard House is listed in the National Register:

The Horry-Guignard House is significant as one of the oldest houses in Columbia and as a fine architectural example of Columbia’s beginnings in an area which is now a governmental and cultural center. It was built before 1813, probably by Peter Horry, a colonel in the Revolution and a brigadier general of the South Carolina Militia. Later, it was the home of John Gabriel Guignard, Surveyor General of South Carolina from 1798 to 1802, who laid out the plan for Columbia’s streets. During the winter of 1813-1814, a decision was made to widen the hall from six to eleven feet across. In order to do so, the house was sawed in two pieces and pulled apart to rest on new foundations. The two-story, late Federal style, modified I-House type dwelling features rabbit edged siding, a hip roof and interior chimneys and is five bays wide and three bays deep. A one-story balustraded porch runs the width of the house and is supported by square columns. The shutters on the front windows are unusual in that the top half is paneled and the lower half is louvered. The property also contains an outbuilding of undetermined origin. 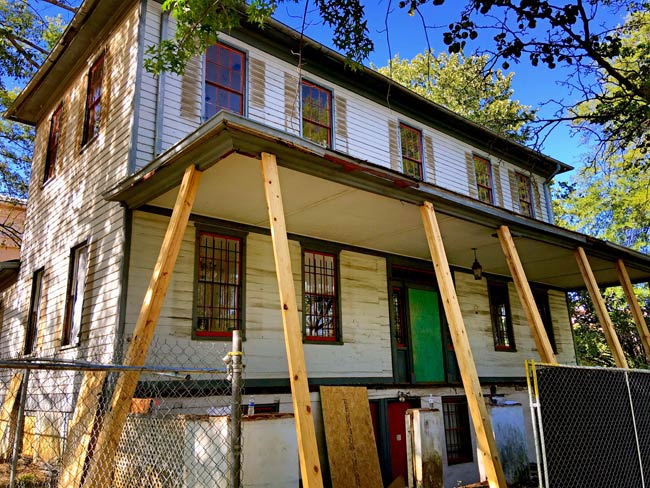 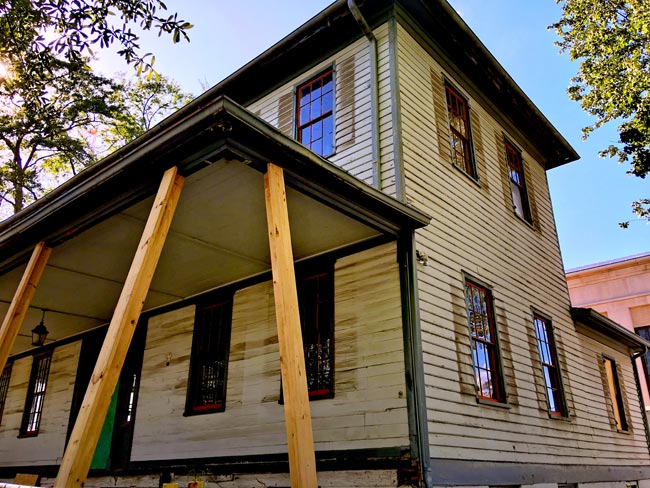