This stately home in Inman is a beautiful example not only of an upcountry antebellum farmhouse, but of a nineteenth-century renovation. The original house was built by Story Bush in 1830 for herself and her three sons. The Bush home was simple and small, consisting of just two rooms in the practical hall-and-parlor style. 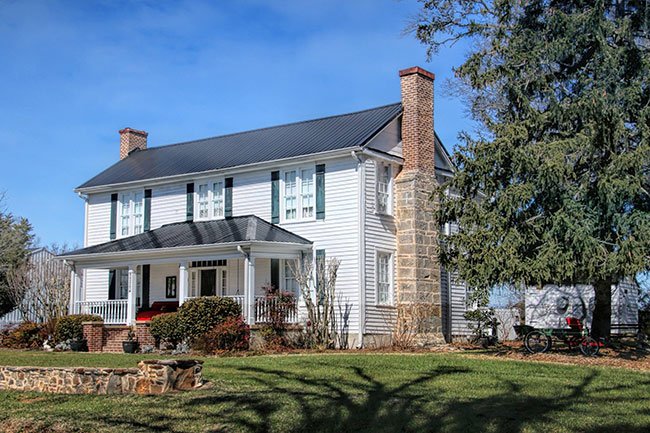 In 1850 the family significantly increased the size of the home, converting it into an I-house, or a two-story home that is one room deep and several bays wide with a central hallway. The I-house design was a popular style of architecture for nineteenth century rural farmhouses in southern and midwestern states. Here, the I-house was simply added onto the front of existing structure, affording the Bush family much more living space. 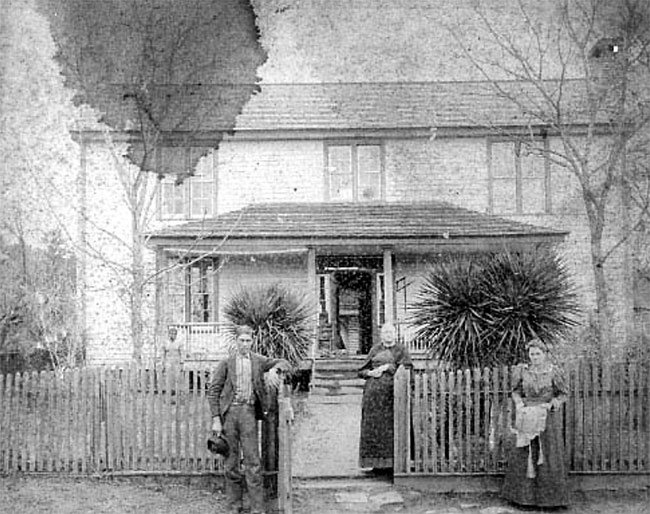 Interestingly, the nearby Ray family was hired to help with the construction of the masonry on the addition, and the name Jim Ray along with the date 1871 is etched in a stone block in the south chimney, and later the names J.B. Ray and J.D. Weston are found beside the date 1876 on the north chimney. Also legible on the north chimney are the initials B.F.B., presumably for Bibby Franklin Bush, son of Story. 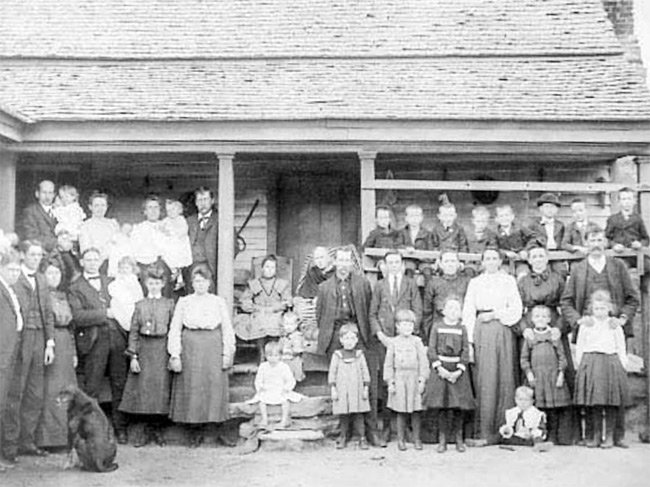 Bibby Bush acquired the home in 1852, and his mother remained in the house until her death in 1861. Bibby was a successful farmer and increased the acreage of the family farm from 43 to 1,155. The home is located on the former Old Blackstock Road, which at one time was the Yemassee Trail, a well-worn trading route that allowed merchants and farmers to trade goods with Native Americans. It was a prime spot for homesteaders to set up residency and sell their wares, and the location proved to be fruitful for the Bush family. 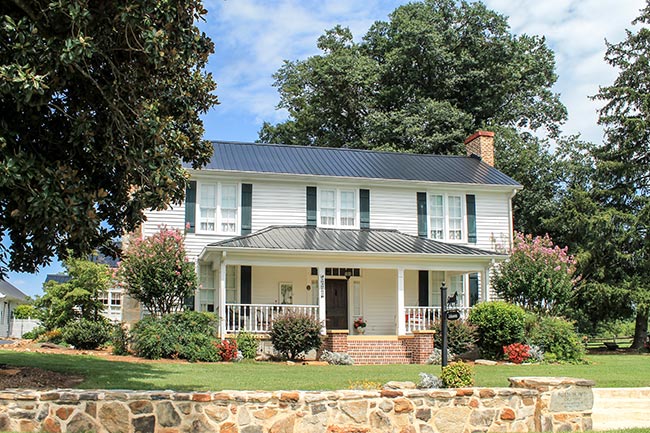 Bibby bush died in 1890, and his obituary in the Carolina Spartan reads, “The young farmers of the community will miss him, for in his death, a broad-minded, generous-hearted man and humble, trusting Christian has been taken away.” Today the home belongs to Bibby Bush’s great-granddaughter and her husband.

The Bush Homeplace is listed in the National Register, which adds the following:

(Bush Homeplace) The Bush House is an excellent example of an upcountry antebellum farmhouse that was enlarged to meet the changing needs of a prominent Spartanburg County family. The architecture and construction of the house is representative of an adaptable and expandable type of residence that was popular with rural homeowners during the nineteenth century. The characteristics of the original ca. 1830 hall-and-parlor structure are still evident with the two unequal rooms that served multiple functions and the exterior end chimney.

The house was enlarged ca. 1850 on one end and in a perpendicular fashion to include a two-story I-House by the mid-nineteenth century as the family expanded. The transformation of the hall-and-parlor house to a modified I-House is architecturally significant as an example of two architectural forms that were once prevalent in the rural upcountry. The Bush House has been continuously in the ownership of the Bush family or its descendants since ca. 1830. Story Bush and her three sons began working a farm that would eventually become one of Spartanburg County’s most significant farms in the nineteenth century, with approximately 1,115 acres under the ownership of her descendants. In addition to the main house, one historic outbuilding – a smokehouse – is extant.