This Methodist meeting house-style church in the Spartanburg County town of Inman is the earliest surviving church building in the area and one of the oldest in the upper part of the state. Built between 1825 and 1830, Shiloh Methodist Church features the simple design common to church structures in the late eighteenth and early twentieth centuries. The congregation formed shortly after the Revolutionary War and met outdoors as early as 1786. The first meeting house was made of hand-hewn logs; it eventually burned and was replaced by this one. 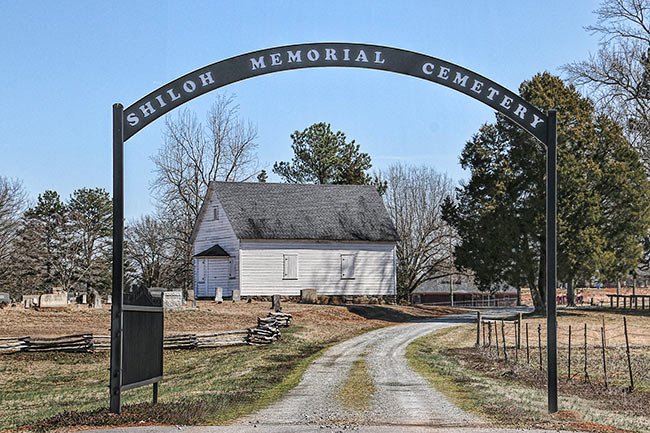 The congregation was part of the Broad River Circuit of traveling Methodist preachers from 1785 until 1802 and was served by the Saluda Circuit from 1802 until 1803. It then joined the Enoree Circuit until 1833. Shiloh Methodist Church is the mother church of several other congregations – many, though not all, Methodist. The last members left Shiloh in 1915 to join Inman Methodist Church, now Inman United Methodist Church, which owns this meeting house, its churchyard, and surrounding property. 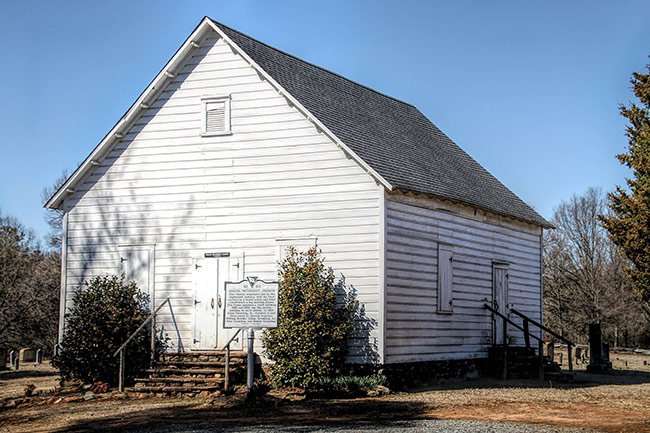 Some changes have been made to the meeting house since it was built, such as the replacement of floor boards, though most of its features are original. The church was never outfitted with electricity, and many wall sconces remain from the time of the church’s completion. Though the church is inactive, a homecoming service is held here the third May of each year. 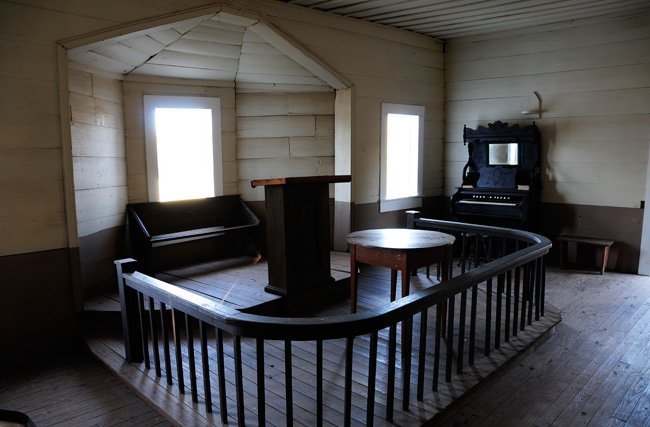 Shiloh Methodist Church is listed in the National Register:

Shiloh Methodist Church, built between 1825 and 1830, is significant as a particularly intact example of the vernacular meeting house form of ecclesiastical architecture common in rural churches in the late eighteenth and early nineteenth centuries. It is the earliest surviving church sanctuary in Spartanburg County and one of the earliest in the South Carolina upcountry. Its congregation, founded shortly after the American Revolution, is the “mother church” of several Methodist churches in the area and churches of other denominations as well. The church’s simplicity of form and materials, as well as its strikingly rural and pastoral setting, has been preserved for more than 175 years. It is a simple, unadorned, one-room, rectangular building constructed in a vernacular meeting house form and clad in whitewashed, horizontally-applied drop or German siding.

The church cemetery occupies the back portion of the three-acre lot. The grave markers in the cemetery, dating from 1816 to 2004, are a mixture of granite headstones, still in good condition, old markers with barely legible lettering, and some with unreadable letters even by tracing the stones; many graves are marked by plain field stones. Shiloh Methodist Church was a circuit church for most of its existence, dependent on a minister traveling a circuit to preach at several churches. About 1915, the last fourteen members of the congregation transferred their membership to Inman Methodist Church, now Inman United Methodist Church, which owns the historic church and cemetery.