This historic church in Spartanburg was founded in 1891 and served as the genesis of a hospital that opened in its adjacent parsonage in 1907. The church’s congregation consisted of residents of the Spartan Mills village, which was located across the street. The textile mill formed in 1888 and began production in 1890, with its employees living, working, and worshiping together near the factory that economically supported them. Green Street Baptist was organized as a mission church of Spartanburg Baptist Church. By 1907 the church was operating a medical office from its parsonage, called the Good Samaritan Hospital. 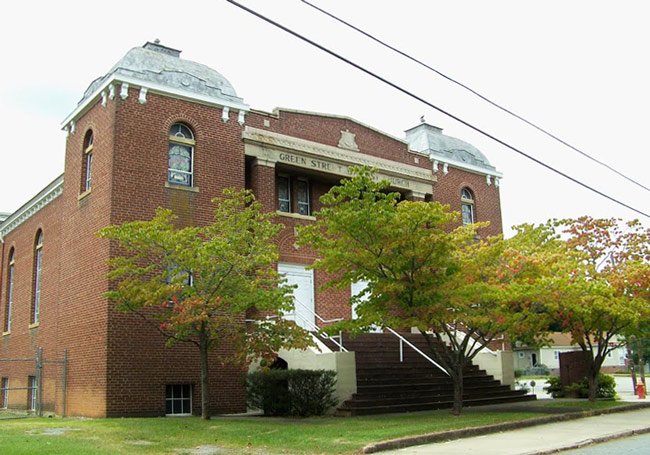 The hospital served patients throughout Spartanburg for 14 years, relocating to a building at College and Forest streets before moving to another building at College and Magnolia streets in 1916. Dr. A.D. Cudd began the hospital alongside the church’s pastor, the Reverend W.M. Whiteside, after Cudd treated Whiteside’s wife and child. Together the men formed the charity hospital and treated not only mill employees, but people from all over the city. The hospital’s Board of Trustees was composed of members from Green Street Baptist Church. Over time, a nursing school was added to the hospital. Good Samaritan closed its doors in the 1920s when Spartanburg General Hospital opened; however, Green Street Baptist Church continues to thrive, though nothing remains of the former mill village except for a lone chimney. The site of the former mill is now the location of the Edward Via College of Osteopathic Medicine.