The building you see pictured below is all that remains of an elaborate and at one time, much larger hub known as Union Station in Spartanburg. Built in 1904, this station once served the Southern Railway, Clinchfield Railroad and the Charleston & Western Carolina Railway. The building that remains today was a secondary structure built in 1915. The depot is within walking distance to the acclaimed Wofford College. 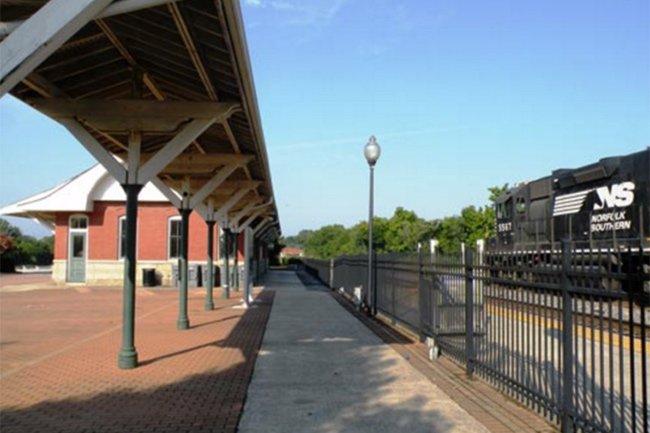 In the 1940s, as many as 14 passenger and freight trains passed through Union Station each day, helping Spartanburg earn its “Hub City” nickname. Over the years pieces of the station were razed as they deteriorated and in 1996 a tragic fire gutted the rest of the structure. Not to stand by and do nothing, a young 16-year old boy, still in high school, by the name of Trey Davis III started a campaign to get the building restored. Letters and editorials were written and visits to city leaders were orchestrated. Mr Davis’ initiative to save history engaged the community strongly enough that strong volunteer effort was started and the building was saved. 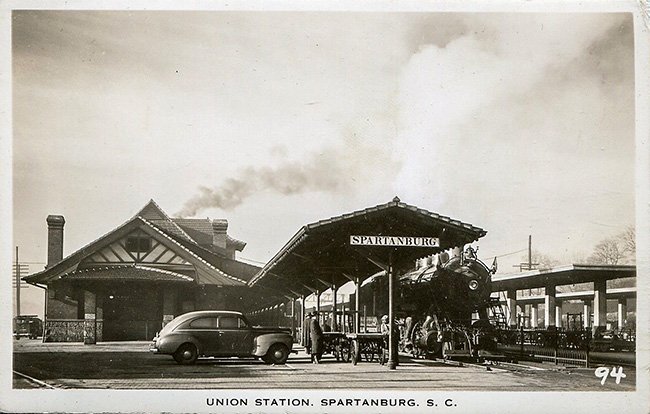 The building is still an active train station serving two trains daily with no baggage areas or ticketing on site. Even if you have no train to catch the station is worth a visit as it is now home to the Hub City Museum. The Hub City Museum is dedicated to the telling of Spartnburg’s history through exhibiting two of the area’s biggest cash producers, peaches and textiles, in addition to the storied and important past of the railroad industry in South Carolina. 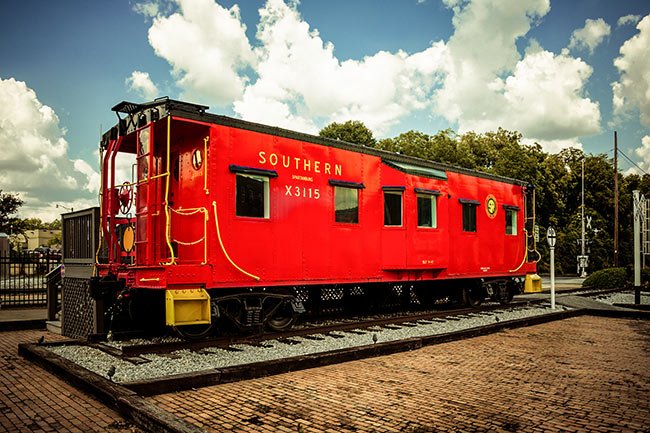