The former Hotel Oregon in downtown Spartanburg was built in 1909 by Dr. Clarence Oakman, a respected pharmacist from Charleston. Oakman moved to the Upstate in 1898 and opened a pharmacy in a frame building before relocating to a two-story brick structure on Magnolia Street, at the time the city’s most bustling street due to its proximity to the Southern Railway Depot and Morgan Square, the commercial district hub. As Oakman’s pharmacy prospered, he expanded in 1909 by building the three-story structure seen below, also on Magnolia Street, operating his pharmacy and a general store on the ground floor while providing hotel rooms to rail travelers on the upper floors. 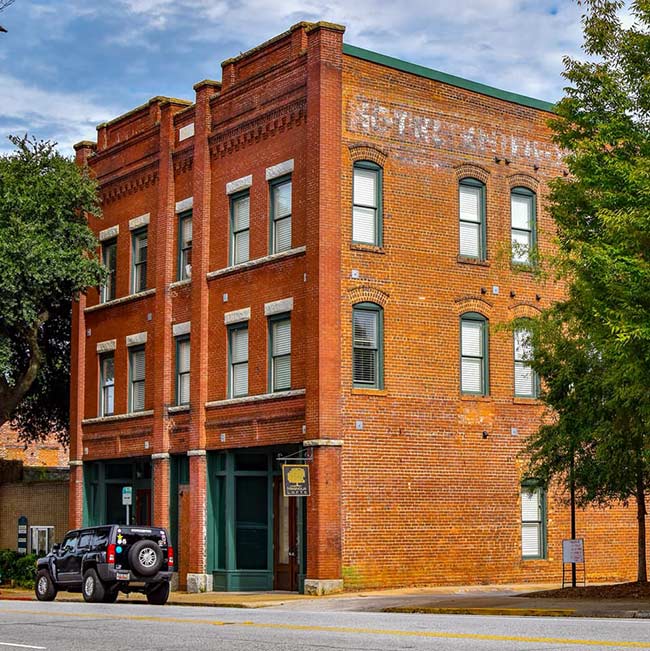 Michael Darrell Johnson of Spartanburg, 2019 © Do Not Use Without Written Consent

The double building was erected on two lots with two separate bays – one on the left for those patronizing the pharmacy and one the right for guests visiting the hotel dining room and general store. A central entrance was for hotel guests. The hotel’s unusual name is said to have come from Oakman’s second wife, Cora Lake, who married the pharmacist following the death of his first wife and subsequently raised his seven children. Mrs. Oakman, who often said that the children “trailed” after her, referenced Francis Parkman’s book, The Oregon Trail, when giving the hotel its official name. However, the name was changed to the Hotel Sloan in 1916 and the Spartan Hotel in 1918. 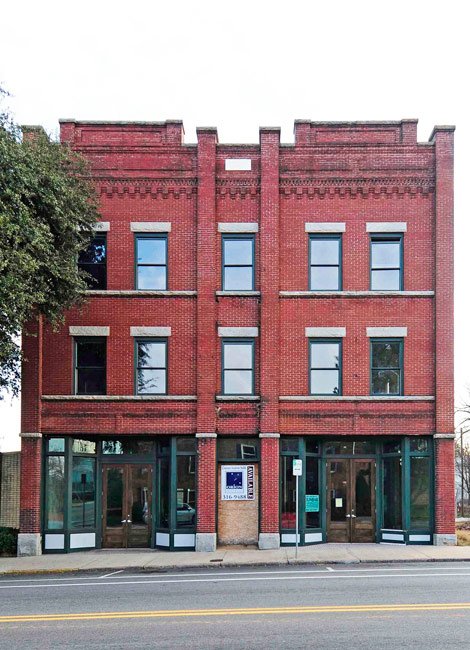 Following Oakman’s death in 1925, two of his sons continued the family endeavors while also establishing a glass company. By 1941 the brothers had closed the pharmacy and were focused primarily on glass. Eventually, the accommodations business waned as rail travel was lost to the new interstate, and the brothers closed the hotel. In 1960 the hotel lobby was remodeled as a law office, while the rest of the building was devoted to Oakman Glass, which operated from here until 1999. The building was later purchased by a group of developers who restored the former hotel and reopened it in 2013 as Magnolia Lofts, apartments catering to nearby college students.

The Hotel Oregon is listed in the National Register:

(Oakman Drugs, Oakman Glass, Spartan Hotel) The Hotel Oregon is significant for the role it played in the commercial development of Spartanburg at the beginning of the twentieth century and as an outstanding local example of the vernacular Commercial style. The Commercial style was a reaction to the elaborate store facades of the High Victorian period. The style reduced the façade to simple vertical elements accentuated with horizontal panels and belt courses, termination at the skyline with a layered stepped and corbelled cornice. The building has notable exterior features including horizontal granite belt courses, decorative brick panels, corbeled and denticulated brick cornices and a stepped front parapet. Notable interior features include pressed tin ceilings and original wooden staircases. The hotel is locally significant for its role in the history of medical care in the city of Spartanburg and for its association with a prominent local pharmacist Dr. Clarence Oakman. Built in 1909 by Oakman, this three-story building was one of many commercial hotels and boarding houses that originally lined Magnolia Street. The hotel retains its historic appearance but has undergone some changes on its first floor. The most significant change is the loss of the two first floor storefronts. The Hotel Oregon is the last remaining commercial hotel built between 1880 and 1930 in the city of Spartanburg.