When Scots-Irish settlers from Pennsylvania and Ireland established a community along the Tyger River in the mid-eighteenth century, they also organized a religious group called the Tyger River Congregation. Records differ, but this was in either 1765 or 1766. The Presbyterians first met for worship in members’ homes. Soon afterwards, a log meeting house was built for the congregation roughly 200 yards from the present church (seen below), and in 1772 the church was formally recognized and became part of the Philadelphia Presbytery. Following the Revolutionary War, a larger frame building replaced the cabin. This brick edifice followed in 1832 and remains the oldest continuously-used public building in Spartanburg County. 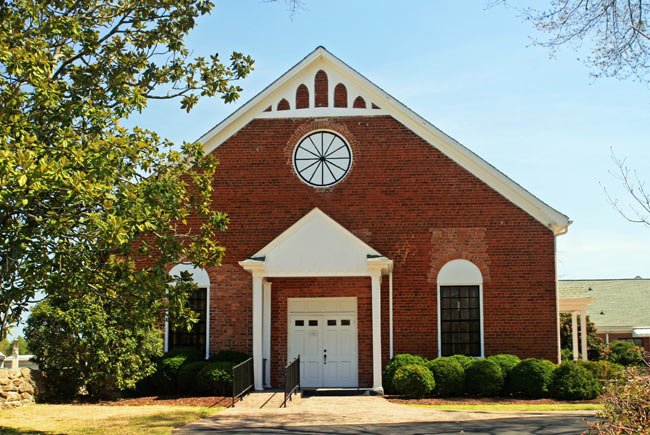 Legend holds that the first church site was determined when two men from different ends of the settlement (present-day Moore) walked towards each other; where they met in the middle became the location for the church. Once established, the church quickly became a significant factor in the development of the surrounding area; in particular, Nazareth Presbyterian was committed to education in the growing community. In 1794, the church founded the Nazareth Philanthropic Society, which supplied newly-established schools with qualified teachers. 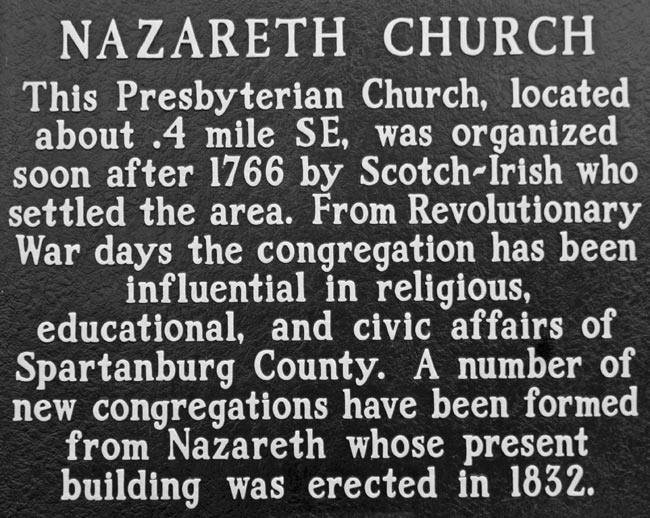 By 1857 the Reverend R.H. Reid, minister of Nazareth Presbyterian Church from 1853 through 1893, had founded the Reidville Female College and Reidville Male Academy. Reid cited the lack of Presbyterian schools in the Spartanburg area as his reason for organizing the academies. The forming of the Town of Reidville, which is just outside of Spartanburg and about five miles from Nazareth Presbyterian in Moore, occurred in accordance with the establishment of the schools. 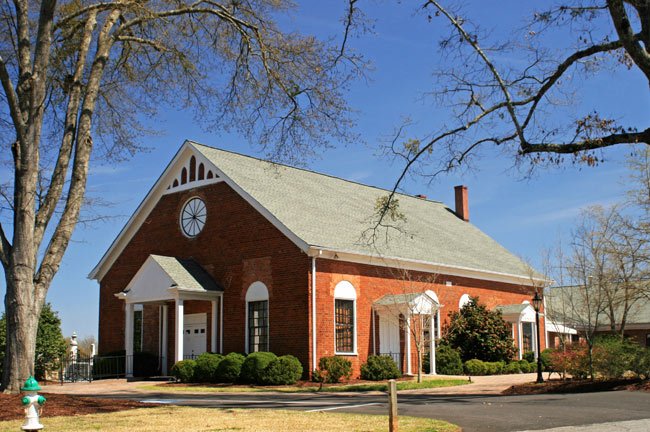 Several modifications have been made to the sanctuary since it was built in 1832. Worshipers once entered the building from the side, as two doors were available – one for the men, and one for the women, or so the story goes. Today a single front door – which originally was used as a side door – welcomes parishioners, though the side entrances remain (seen above). The twentieth century saw new buildings added to the church grounds, including an education building and a Family Life Center. 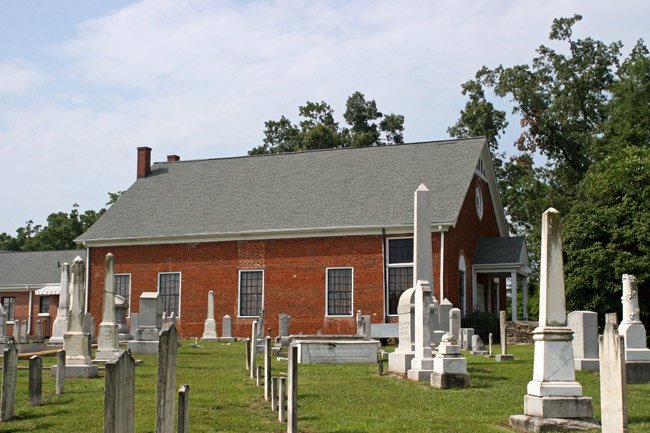