This historic farmhouse in Roebuck was built in 1795 for Captain William James Smith, who served in the Revolutionary War. From the war until 1850, stagecoach travel was the primary mode of transportation in South Carolina. Because of the length of time required to reach one’s destination when traveling by stagecoach, many homes along popular routes were also used as boarding houses and taverns. As Captain Smith built his home at the intersection of two well-traveled eighteenth century roads – Blackstock Road (now South Carolina Highway 215) and present-day McAbee and Otts Shoals Road – he often boarded guests traveling from Columbia towards the North Carolina mountains. Subsequently, his home was called Smith’s Tavern. 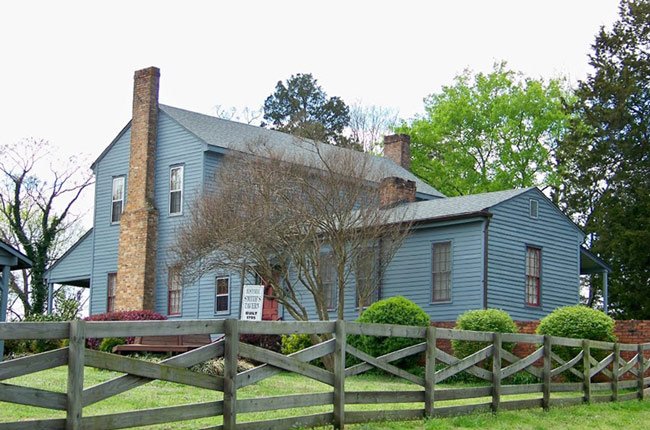 A one-story kitchen addition was built at some point at the rear of the house. Though the home serves a private residence and has undergone modern upgrades, many original features remain. The hand-carved mantels, much of the hardware and woodwork, and the chimneys have all withstood more than two centuries. The left elevation chimney possesses an intricate pattern of concentric diamonds, as seen below. The chimney is one of a handful of such chimneys remaining in South Carolina. 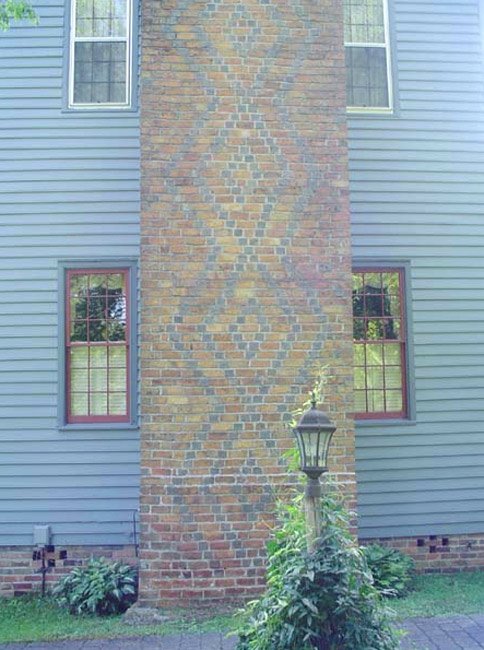 SC Department of Archives and History, 1974

Smith’s Tavern sits on 4.3 acres of land. The area surrounding the home has been developed into a neighborhood consisting of houses built on large lots. The neighborhood is called Smith’s Tavern Country Estates for the centuries-old house that guards its entrance.

Smith’s Tavern is listed in the National Register:

Smith’s Tavern, a farmhouse built at the end of the Revolution (ca. 1790), served as a coach stop in the Spartanburg District of South Carolina and was probably a meeting place for farmers living in lower Spartanburg County. The house is significant as a reminder of the era between the Revolution and 1850, when the stagecoach was a key means of transportation in the state. Travel was slow, and many stops were made at inns and taverns before the final destination could be reached. Smith’s Tavern, overlooking the intersection of two eighteenth century roads, is located on what was once a primary route from Columbia to Spartanburg and the North Carolina mountains. It is a two-story clapboard “I-House” with a shed-roof porch at the front and a one-story kitchen addition to the rear. The house has two corbelled gable-end chimneys and a large chimney at the rear of the old kitchen addition. The brick courses in one of the gable-end chimneys are laid in a diamond patterned tapestry, offset by glazed headers. The tapestried chimney is one of few remaining in South Carolina.