This stately Greek Revival home in Union stands proudly as a rare and excellent example of its style in the Upstate city. The home is thought to have been built in 1832 for Zachariah Herndon. The lumber for the home, which was designed by W.W. James, was brought into town from Columbia and Charleston. The chair rail in the entrance hall is also said to be from Charleston. Herndon soon afterwards sold the home, which sits on an acre, to Clough Meng. Legend holds that the home faced a graveyard, which bothered Herndon. Indeed, the historic Presbyterian Cemetery rests near the estate. 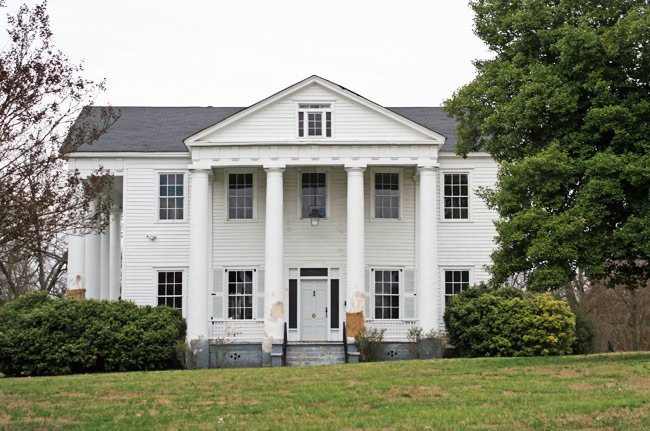 Clough Meng passed the home to his daughter, Ann. Ann and her first husband, Madison Wallace, had a son named Clough Wallace. Following the death of Madison Wallace, Ann remarried John Thompson Hill, a merchant who also sold real estate. The home eventually came under the ownership of Clough Wallace. It remained in the Meng family until 1970. The home also served as a boarding house for teachers while the Mengs occupied the home, according to the 1860 United States Census. The most recent owners of the home are the Chalks. 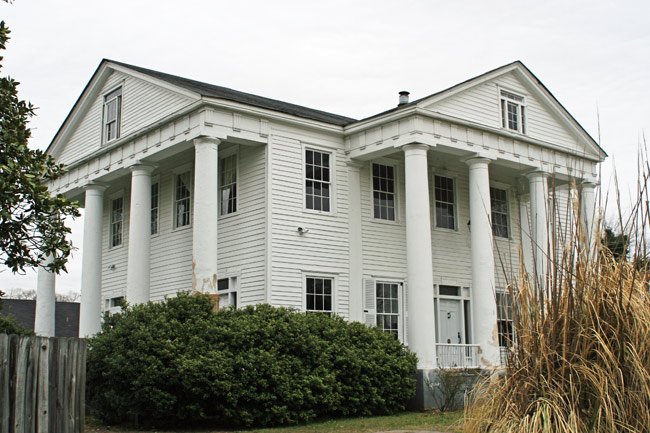 Probably the home’s most striking features are its two-story porticos on the south and west sides. The front of the home is five bays across, capped with a triangular pediment featuring a window with sidelights and a transom. Inside, a central hallway on each of the two floors divides two rooms on either side. A two-story addition with a kitchen and upstairs bathrooms was built onto the rear of the home at some point. 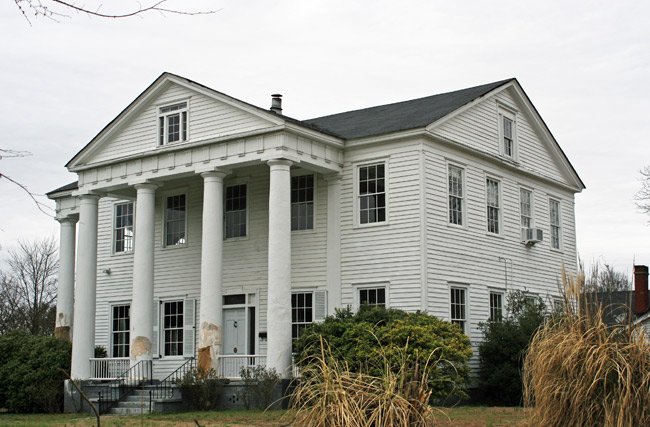 The Meng House is listed in the National Register:

(Clough-Wallace House) The Meng House, significant as an excellent example of Greek Revival architecture, is also recognized as a landmark in the town of Union. The date of construction has traditionally been accepted as 1832 and Zachariah Herndon is credited as the builder and first owner of the structure. Four generations of the Meng family have since occupied this house. Prominent features include the two-story Doric porticos on the south and west facades and the tripartite windows in the center of each gable. Four stucco-over-brick columns support a Doric entablature composed of a well-defined triglyph, metope, and guttae motif. The only exterior addition is attached to the north façade. Two stories in height, the wing houses the kitchen with bathrooms above. A standing-seam terne metal roof covers the house. The Meng House is one of the few well-preserved Greek Revival structures remaining in Union.