The University of South Carolina was founded in Columbia in 1801 as South Carolina College. Since then, the school has become a university and now includes three other four-year degree campuses – also called senior campuses – across the state (one in Aiken, one in Beaufort, and one in Spartanburg). Additionally, USC operates four “Palmetto College” campuses, which are regional campuses where students can receive associate degrees on site or bachelor’s degrees online. USC-Union was established in 1965 as a two-year campus and is now part of Palmetto College. 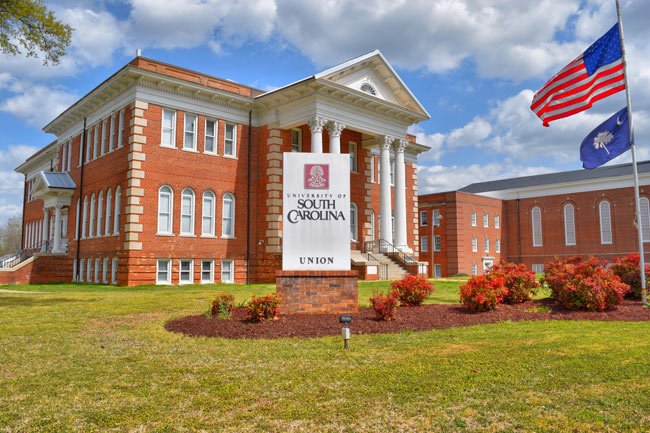 James Bonetti of Greenwood, 2016 © Do Not Use Without Written Consent

The main building at USC-Union, shown on this page, was built in 1909 as Union High School. By 1925 the student population had grown to such an extent that the high school moved into the nearby grammar school to accommodate more students. Elementary students in turn attended school in this building, which served as Main Street Grammar School until 1948. The building then sat vacant until the University of South Carolina acquired it in 1965 and transformed the interior for its Union campus. Today the building serves as administrative offices for the school. 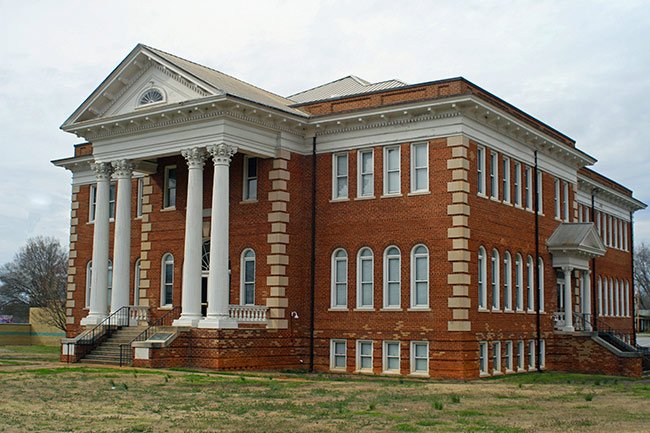 Measuring 101′ by 71′, this formidable Neoclassical structure was designed by architect J.S. Starr and constructed by the Elliott Building Company (1). It is listed in the National Register:

(University of South Carolina-Union Administration Building) Built in 1909, Union High School is significant for its association with twentieth-century education in Union and as an intact example of the Neo-Classical style used in designing public schools. Notable features include the brick parapet, central projecting bay and large pedimented portico supported by composite columns, the double-door entrance with sidelights and semi-circular fanlight, semi-circular brick arch with voissoirs, wide frieze with dentils and modillions, and panel inscribed “1909.” The school was the first secondary school in the county and was composed of the eighth through the eleventh grades. By 1925 the number of students had increased to the extent that a move was necessary. In 1927, grammar school students were moved into the building and the name was changed to Main Street Grammar School. In 1965 the Union Campus of the University of South Carolina acquired the building and rehabilitated it to serve as its main campus building. 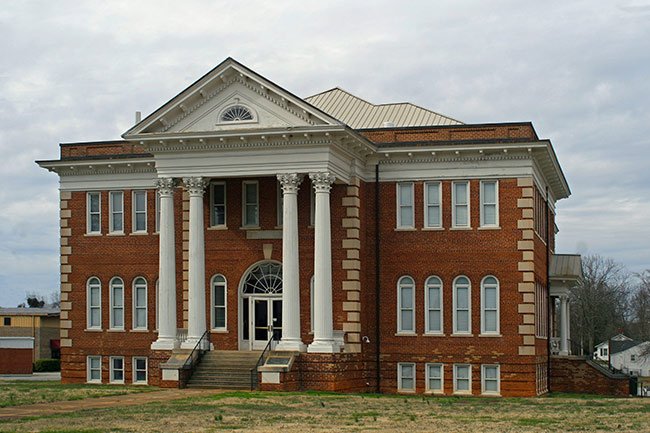