This antebellum home in historic Union was built around 1850. It was remodeled extensively at the turn of the twentieth century, giving the home its present Neoclassical appearance. The home’s two-tiered porches with Ionic columns are its signature feature, though the grand magnolia (Magnolia grandiflora) that graces the front yard is the true gem of the property. At one point, an historic outbuilding on the property was converted into apartments. 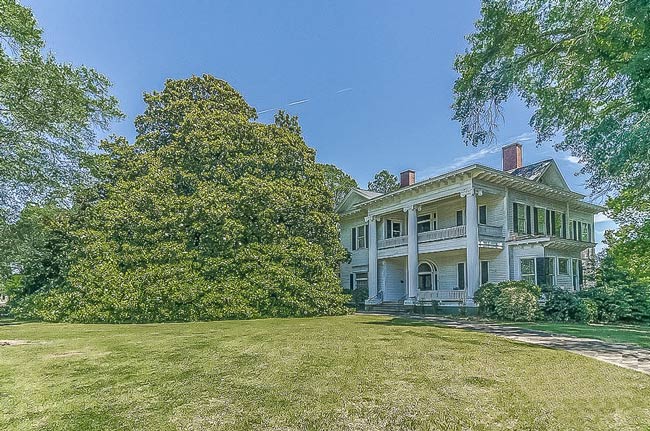 The Steadman-Nicholson House is listed in the National Register as part of the East Main Street-Douglass Heights Historic District:

The East Main Street/Douglass Heights Historic District is significant both for its association with the residential development of Union from ca. 1823 to ca. 1940 and as a reflection of the diverse architectural styles and influences in residences of that period. It is also significant for its association with many of the leading public and business leaders of Union in the late nineteenth and early twentieth centuries. The district is a collection of 84 primarily residential properties in the eastern area of Union, including portions of East Main Street, Douglass Heights, and Perrin Avenue. The district contains 13 properties of key significance and 42 other properties contributing to the character of the district. Representative architectural styles include Neo-Classical, Queen Anne, Colonial Revival, and Dutch Colonial Revival.

Reflections on the Steadman-Nocholson House

Contributor F. Everett Leigh says of his photo: “The magnolia tree at this home on East Main Street, next to the former post office and near the USC-Union building, is certainly one of the largest in the area and dwarfs the antebellum home.”