This cemetery in Kingstree is located at the site of the first meeting house built for Williamsburg Presbyterian Church. The church was founded in 1736 by Scottish minister John Witherspoon, who came to what was then known as Williamsburgh Township from Ireland in 1734. The Reverend Witherspoon had left Scotland for Ireland in the late seventeenth century to escape religious persecution. 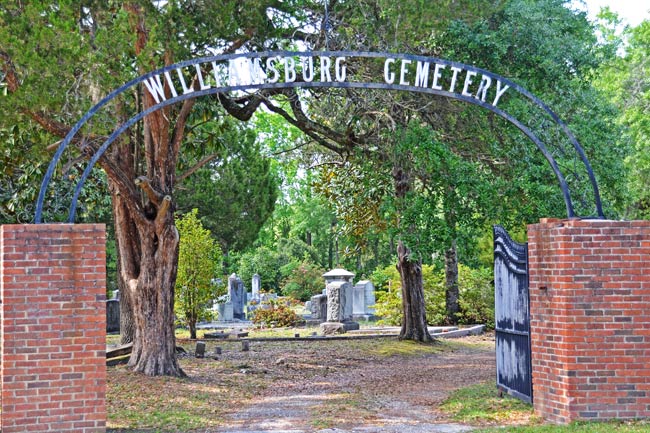 When the Reverend Witherspoon died in 1737 – shortly after organizing Williamsburg Presbyterian Church – he was the first person to be buried in the churchyard. A marker within the cemetery commemorates him as shown below. Some records claim that Williamsburg Presbyterian Church was built in 1736, the year the congregation formed, while others say it was built two years later in 1738. Either way, two other church buildings preceded the current one, which was built in 1913. 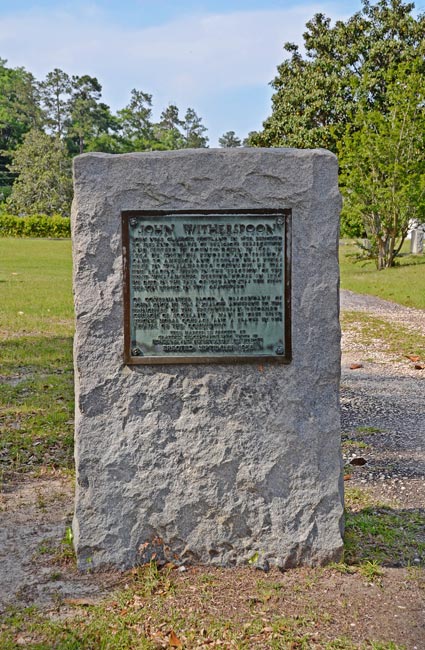 Around 50 years after first sanctuary was built, there was a division in the church when members learned that the minister did not believe in the divinity of Jesus. Several people left the church, and the defectors had their slaves dismantle the first meeting house in the dead of night because it competed with their new church, which they built just 50 yards away. The churches finally reconciled just over 40 years later, in 1828. 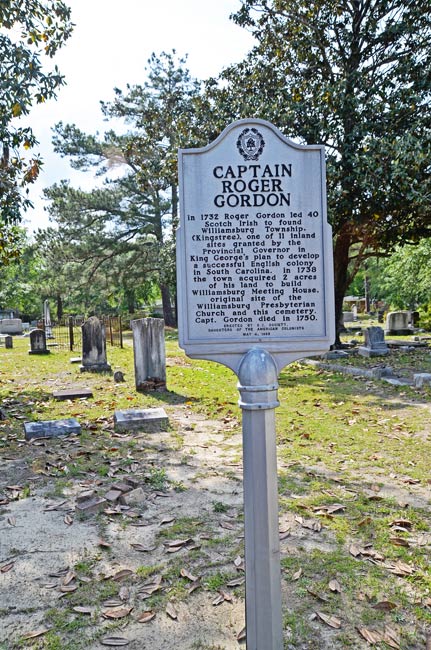 The above marker in the cemetery honors Captain Roger Gordon, a Scots-Irish immigrant who brought 40 people with him from northern Ireland to settle in Williamsburgh Township in 1732. Captain Gordon and the other settlers established themselves on a land grant issued by King George II in order to colonize the inland of South Carolina. A few years after arriving, the group secured two more acres of land on this site to build a Presbyterian meeting house, which became the first Williamsburg Presbyterian Church. Considered the founder of Kingstree, Captain Gordon died in 1750.