Adams Run is a small community located in Charleston County. Its rustic post office can be found on South Carolina Highway 174 beneath the shady oak trees that give the area much of its rural beauty. Scenic and pastoral, Adams Run is also rich in history. Originally called Adamsville, the area is home to several historic plantations including Grove Plantation, Summit Plantation, and Willtown Bluff Plantation. 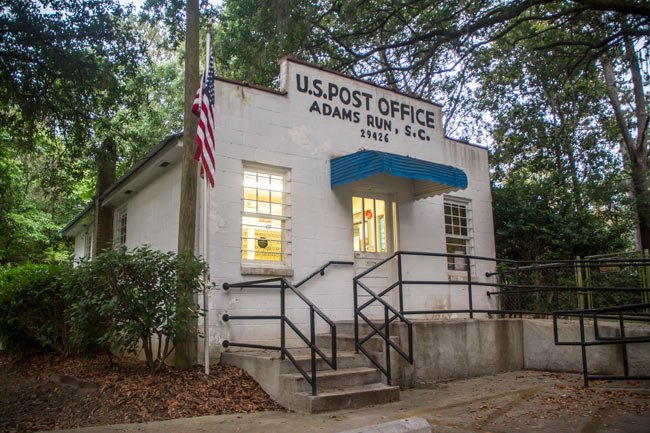 The United States post office has operated a branch here since 1843, though the current building is the second to serve the community. In 2011 the post office was robbed, leading to the temporary closing of the facility’s window service. Customers continued to pick up mail from their post office boxes during the closure; however, the post office remained unmanned for three years before reopening in 2014.

Vanessa Kauffmann of Charleston, © Do Not Use Without Written Consent

The combination of termites and a powerful storm in the early 2000s destroyed the original post office. The roof of the nineteenth-century building is all that remains of the first post office to serve Adams Run, seen below. Today it sits on privately-owned land nearby. Anna Blythe, who lives in Adams Run, recalls the original post office and says this: “Termites and a storm around 2002 got it. It was up on the road. Highway 162 was Highway 17 at one time, then “Old 17,” and now 162.” 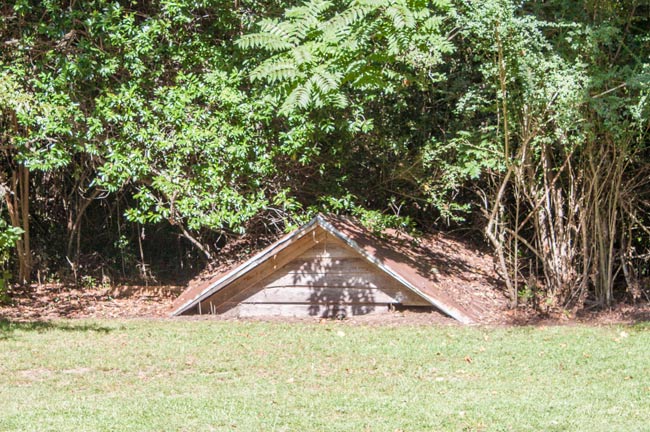 We would like to make this page better. Do you have information about the Adams Run Post Office that you would like to share? If so, please send it to the South Carolina Picture Project. Thank you!

This painting was completed by the talented artist Becky Lee of Walterboro. Becky was largely self taught and mused “I never could color between the lines.” My earliest memories of being an artist began as a child, as soon as I could hold pencil and crayon.“ My mother complained that she could never keep me in notebook paper because I drew on everything.” After some helpful guidance from a primary school art school teacher and later, a thoughtful husband and art coach, she has developed her own style that depicts the Lowcountry in a fresh and energetic way. 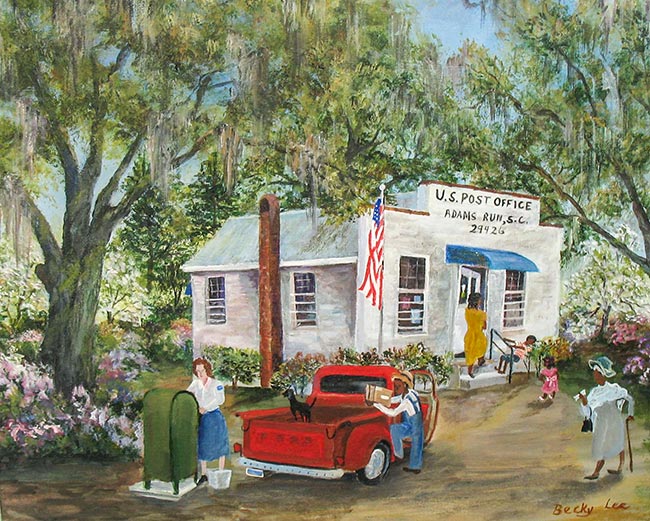 Below is a whimsical depiction of the post office by the late artist Nancy Orcutt, who passed away in 2011. The photo of the painting was sent to the South Carolina Picture Project by Barbara Sallee, who purchased the artwork at a church sale. Sallee says: “Her (Orcutt’s) husband donated them to the Unitarian Universalist Church where she was a member. I bought her painting of the Post Office at Adams Run, South Carolina, and have been researching information. I thought you might like to add this painting to the collection of photos.” 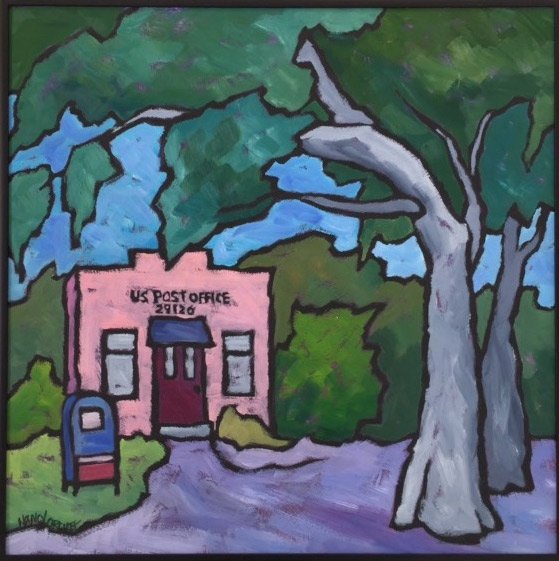 Courtesy of Barbara Sallee of Sarasota, Florida © Do Not Use Without Written Consent 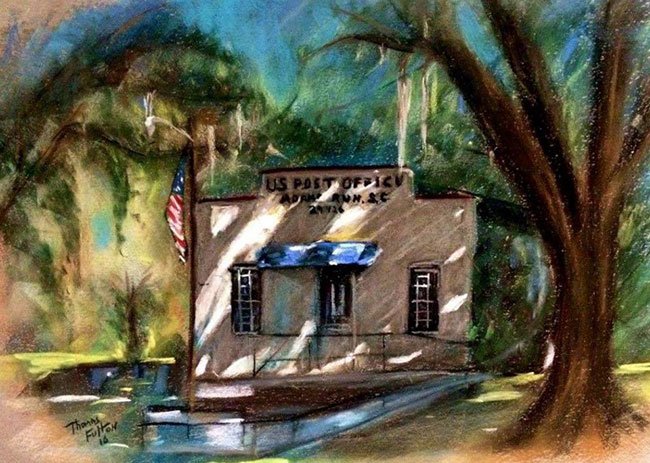 Thomas Fulton of Walterboro, 2016 © Do Not Use Without Written Consent

Brandon Coffey shares: “This charming post office building can be found in the small rural community of Adams Run in Charleston County. The post office lies at the edge of picturesque Highway 174 and has had a branch of the postal service in this general location for over 170 years. All that remains of the original post office building is the roof which rests in the yard of a nearby home.”