Sand Hills State Forest spans nearly 47,000 acres across Chesterfield and Darlington counties. Much of the landscape is described as infertile sand and consists of ancient deposits that remain from a time when the sea stretched its shoreline to the middle of our state. This geographical characteristic gives the forest, as well as this part of the state, its name of Sand Hills. 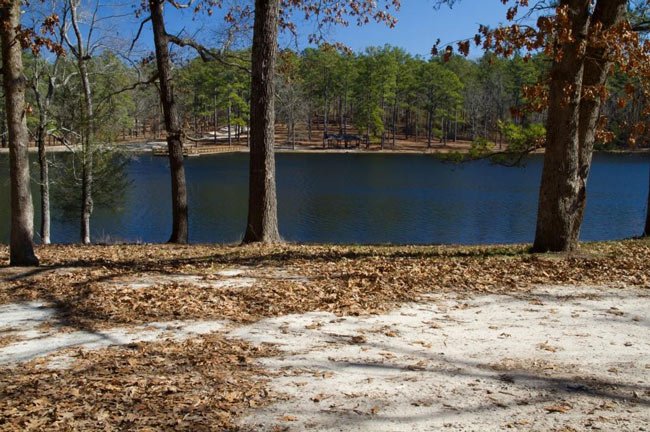 The federal government began purchasing this property from landowners in 1935 as part of the Resettlement Administration, a federal agency which attempted to relocate struggling families to more economically-viable locations. The families who had lived in the sandy hills of Chesterfield and Darlington counties were moved to land where the soil was more fertile and farming more lucrative. 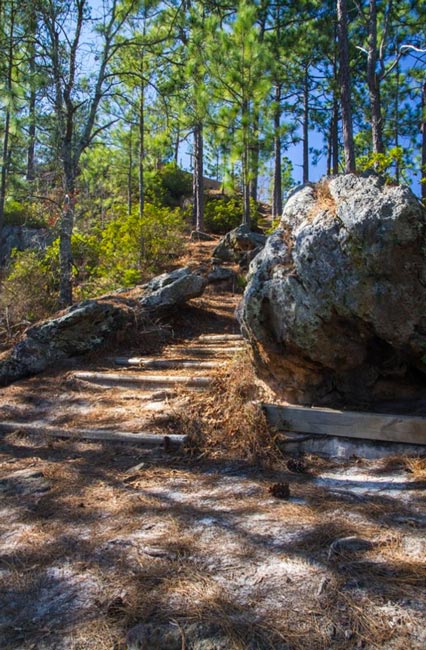 As a result of the resettlement effort, the land was owned by the United States Department of Interior and managed by the South Carolina Forestry Commission until ownership was transferred to the state in 1991. Since the area has been under the direction of the state, rehabilitation efforts have been ongoing to restore the forest’s stands of longleaf pine (Pinus palustris) and repair other losses caused by years of mismanagement. 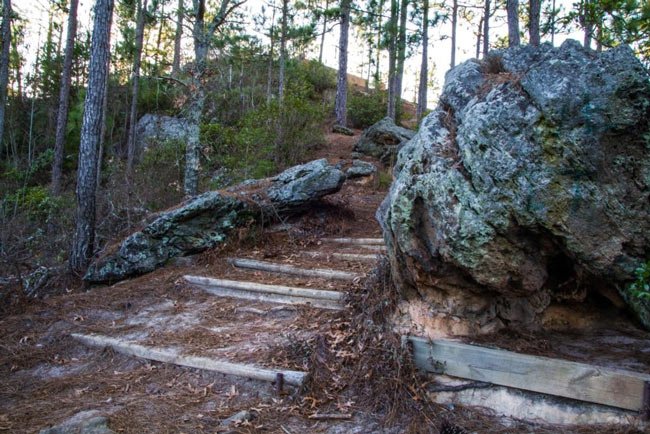 Today the forest is now recovering, and the park is used as an outdoor classroom to teach forest management. It is home to endangered plant and animal species, including the red-cockaded woodpecker (Picoides borealis) and pixie moss (Pyxidanthera barbulata). For those climbing the forest’s Sugar Loaf Mountain, a sandy uphill hike of 100 feet, keep an eye out for mountain laurel (Kalmia latifolia), though vegetation is sparse in this particularly arid part of the forest. 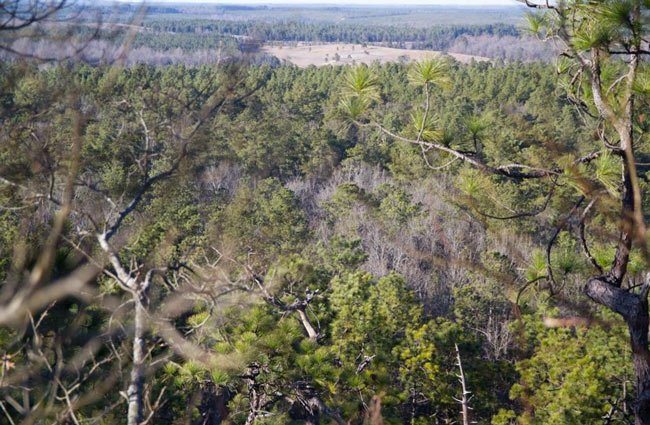 Horseshoe Mountain is another feature of the forest that invites exploration. It is here where visitors will afford the best opportunities to see the endangered pixie moss, which blooms in mid-March. However Sugar Loaf Mountain also harbors the plant, as well as a variety of vegetative species. 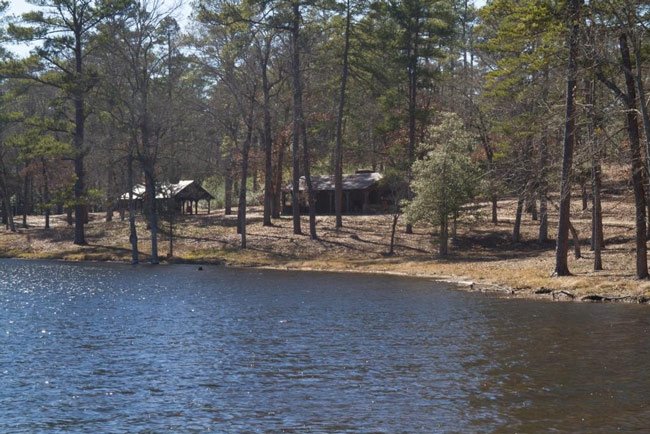 Others may prefer to enjoy a day fishing on Mountain Lake, camping at one of the available campsites, or horseback riding.