Hampton County was incorporated in 1878 when the South Carolina General Assembly granted its separation from the northwestern portion of Beaufort County. The county was named for General Wade Hampton, III, then governor. (General Hampton also served as state representative, state senator, and US senator.) 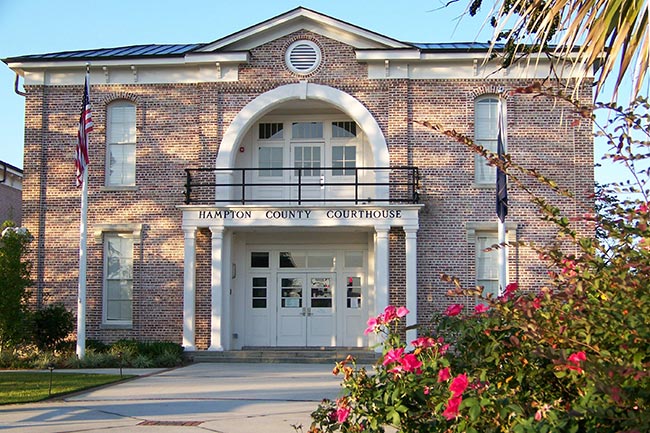 The Hampton County Courthouse was constructed later that year, with General Hampton himself laying the cornerstone on October 12, 1878. The courthouse was built in the Victorian Italianate style, which was widely popular in the late 19th century. 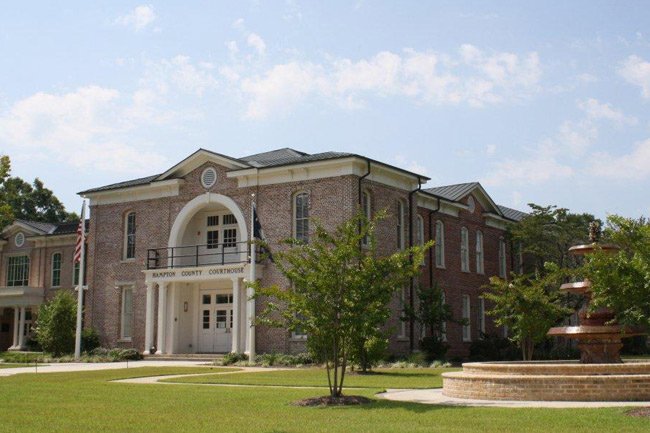 Extensive renovations and additions to the courthouse began in January of 2007. New portions were constructed from older, softer bricks to match the original bricks in both texture and appearance. A dedication ceremony was held on February 13, 2009 to celebrate the reopening of this landmark.

The Hampton County courthouse is listed in the National Register:

As originally constructed, the courthouse was a two-story structure constructed of brick laid in the common bond pattern. The hip roof had four triangular pediments with open cornices and rondelles located in the center of all four sides of the building. In 1925, the courthouse was renovated and additional wings were added to the front and rear facades according to plans drawn up by Columbia architects Lafaye and Lafaye. Treatment of the entablature, pediments, corner pilasters and windows match those of the 1878 building. In 1925, all chimneys were removed from the original courthouse and the main entrance was changed from the second to the first floor. The stairway and portico were removed and both doorways were recessed approximately two feet.

Although the original architect of the Hampton County Courthouse is unknown, local tradition indicates that the plan of the building was drawn from similar courthouses designed in the state by Robert Mills in the 1820s. Also located within the nominated acreage are two small modern annexes situated directly to the rear of the courthouse, and a ca. 1935 two-story brick annex located directly to the east of the courthouse.