The Town of Hampton was established in 1878 simultaneously with the founding of Hampton County. Both the town and the county were named for Governor Wade Hampton, III. Governor Hampton, considered by his supporters as the “Savior of South Carolina” due to his effort to end Reconstruction, even laid the cornerstone of the courthouse in October of that year. 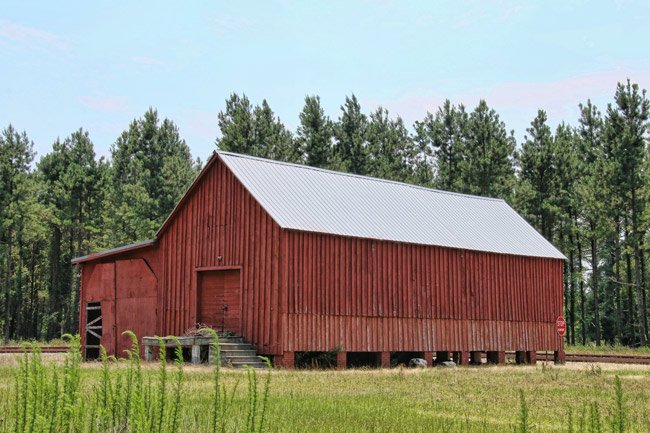 Building located along the rail line in Hampton.
Gazie Nagle of Charleston, 2016 © Do Not Use Without Written Consent 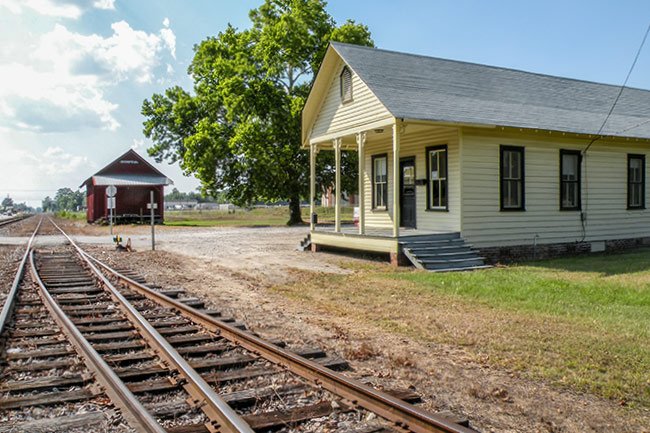 Hampton Post Office and Depot along the rail line
Ann Helms of Spartanburg, 2009 © Do Not Use Without Written Consent

The Hampton depot (seen below) served passengers along the Hampton and Branchville Railroad. The rail line was chartered in 1891 and used steam engines until the 1950s when it switched to diesel. The H&B, as it was called, transported lumber until the 1960s; at that time it primarily began carrying coal to the Canadys Power Plant near Walterboro. The plant closed in 2013, halting rail services from the H&B. 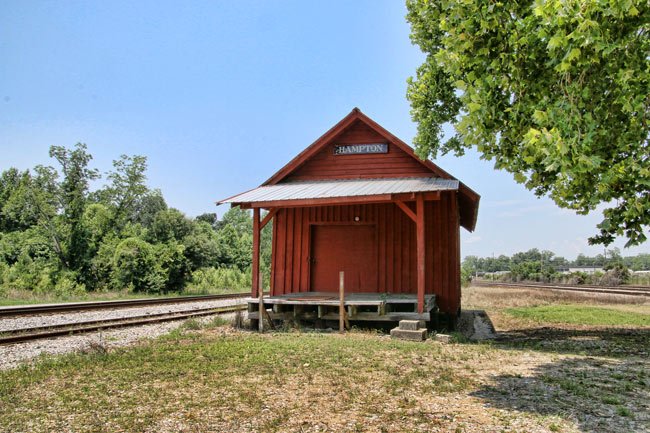 The Hampton depot served the Hampton and Branchville Railroad until the 1960s.
Gazie Nagle of Charleston, 2016 © Do Not Use Without Written Consent

After the advent of the railroad, churches were built in Hampton, two hotels opened, and the town also boasted two doctors and two banks. In 1948 the town clock, seen below, was installed. The clock was a joint project of the Loan and Exchange Bank (now Palmetto State Bank) and the Town of Hampton. Its four 30-inch faces sit atop a 20-foot high bronze structure in the middle of historic Lee Avenue. 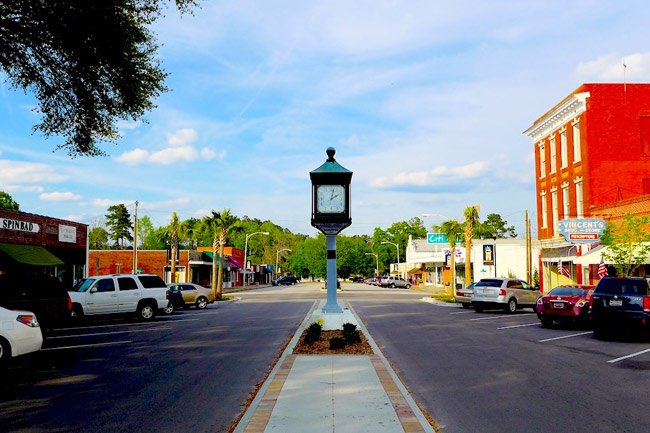 Hampton’s town clock stands on Historic Lee Avenue.
Andy Hunter of North Augusta, 2014 © Do Not Use Without Written Consent

Hampton retains several traditions from its earliest days. The town is home to one of South Carolina’s longest continuously-running newspapers, the Hampton County Guardian. The newspaper was founded in 1879 by Miles McSweeney, who would later serve as South Carolina’s governor from 1899 through 1903. Hampton also hosts the Hampton County Watermelon Festival each June. Founded in 1939, the festival is the oldest continuous festival in the Palmetto State. 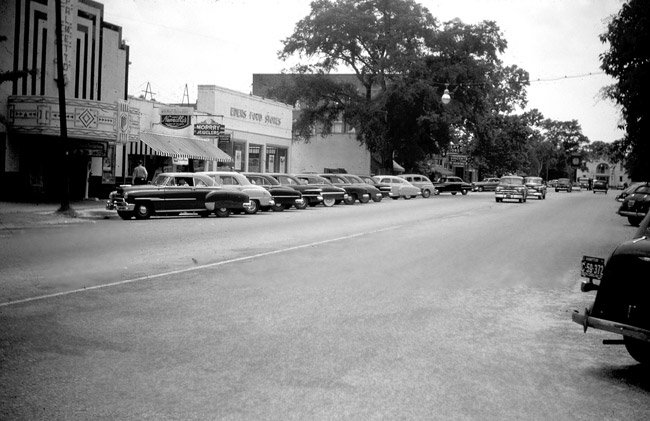 This image of Lee Avenue, circa 1950, shows the historic Palmetto Theater at far left.
Thomas T. Faucette, c. 1950 © Do Not Use Without Written Consent

The above photo shows a mid-century view of Lee Avenue. It was captured by Thomas T. Faucette, and SCIWAY thanks his son Steven Faucette of Williamston for sharing it with us.