Garden City is an unincorporated area in south Horry County. Often called Garden City Beach, this beautiful stretch of the Grand Strand begins south of Surfside Beach and continues to the peninsula of Murrells Inlet. It is 8 miles south of Myrtle Beach. 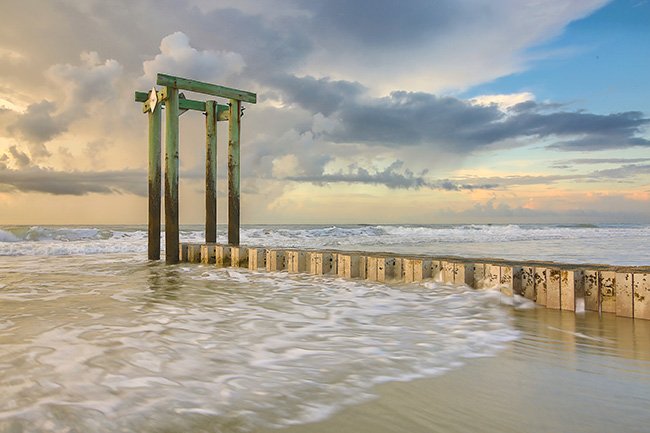 Garden City is a desirable vacation destination for people wanting to visit the Grand Strand but searching for a quiet place to retire at the end of a fun-filled day. It is know for its fishing pier, which was called the Kingfisher Pier before it was destroyed in 1989 by Hurricane Hugo. The pier was quickly rebuilt, this time christened as the Pier at Garden City.

As destructive as Hurricane Hugo was to the area, Hurricane Hazel, which struck in 1954, was much worse to this part of the South Carolina coast. While Hurricane Hugo drastically affected McClellanville, Charleston, and other Lowcountry hamlets, Hurricane Hazel made landfall at Little River as a category-4 storm, wreaking havoc across the Grand Strand. Only two houses in the Garden City were left relatively unaffected by the deadly storm; all others suffered great damage or were demolished altogether. 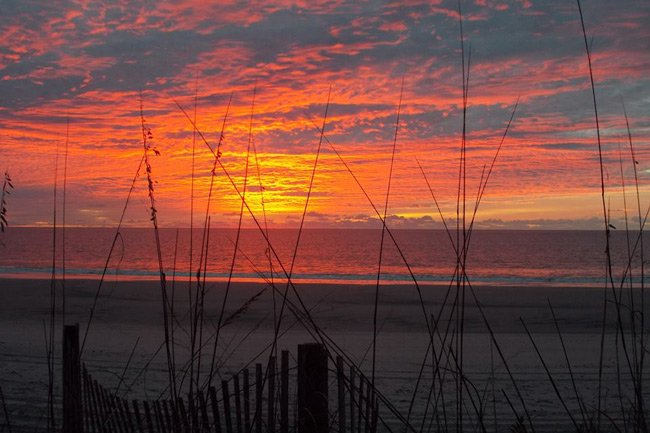 Bob Robinson of Chester, 2012 © Do Not Use Without Written Consent

As did other beach towns hit by the storm, Garden City recovered from both hurricanes with time, regaining its position as a favored spot among beachgoers. 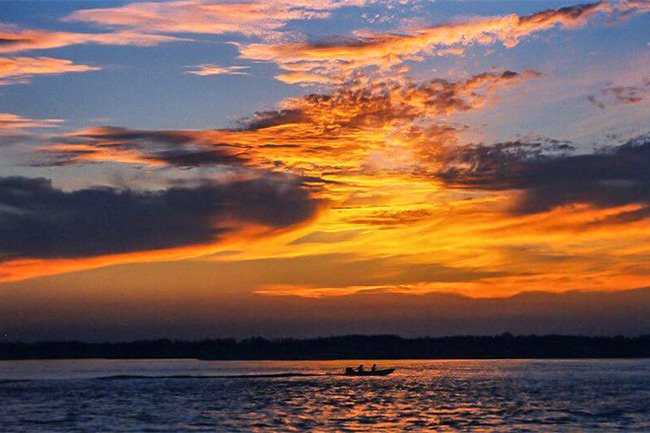 John R. Harrison of Greenville, 2018 © Do Not Use Without Written Consent

It is the home of the original Sam’s Corner, a local restaurant chain, and also hosts an annual golf cart parade each Fourth of July. 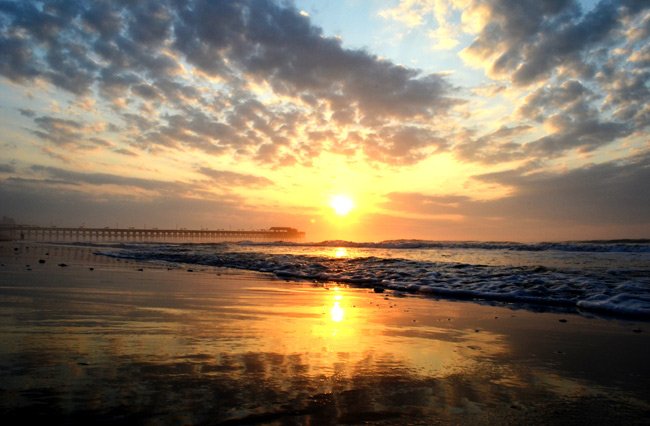 SCIWAY thanks photographer Austin Bond who tells about this special shot: “This photo was taken just south of the Garden City Pier. My wife, three children, and I were enjoying an incredibly beautiful day at the beach on the first day of our kids’ Spring Break. While the ocean temperature was still chilly, the air temperature was almost 80 degrees, and I was able to walk in the waves to capture this moment.” 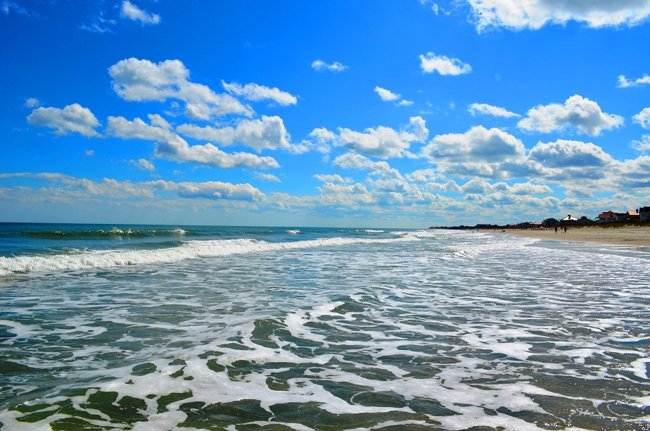