When people think of South Carolina’s Grand Strand, they likely summon visions of the Atlantic Ocean from atop the Skywheel at Myrtle Beach or shagging on Ocean Drive just up the road in North Myrtle Beach. However, Horry County has a history rich in agriculture, and in the heart of the county seat of Conway is a living museum devoted to just that. 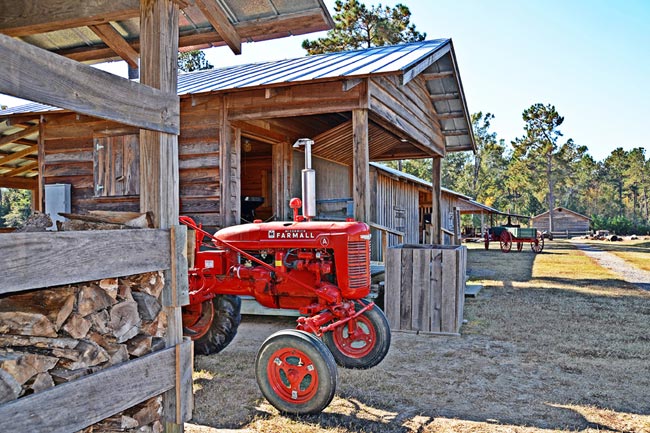 Part of the Horry County Museum, the L.W. Paul Living History Farm is located on 17 acres of land designated in 2006 for use as a museum by Horry County Council. The project was funded by businessman Larry Paul, whose family history in Horry County runs deep. Paul’s vision was to replicate a working farm as it would have appeared during the first half of the twentieth century and to preserve and demonstrate agricultural techniques and lifestyles. 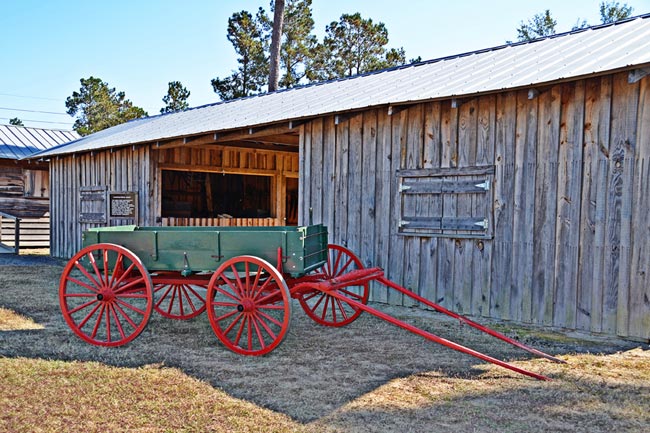 Contributor Linda Brown says of the exhibit pictured below – a syrup-making building – “Sugar cane is grown during the summer and the juice is boiled into syrup in the fall. Syrup Making Day is one of the major yearly events at the farm. The sugar cane used at the event is grown on the farm.” 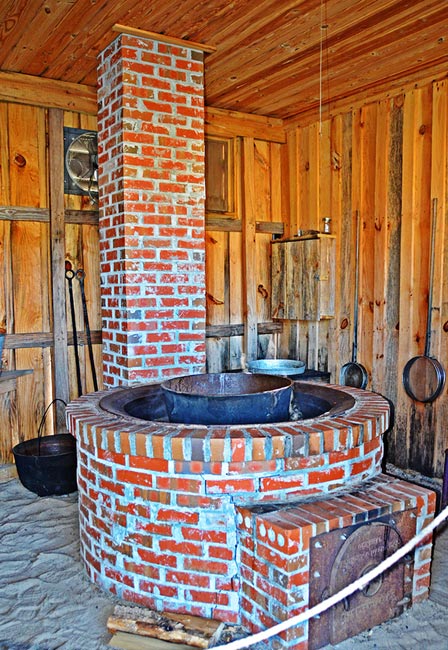 Other interpretive exhibits such as plowing with mules, soap making, blacksmithing, and grinding cornmeal are but a few of the displays that demonstrate aspects of farm life from 1900 through 1955. The museum also features events such as Smokehouse Day and Christmas at the Farm. 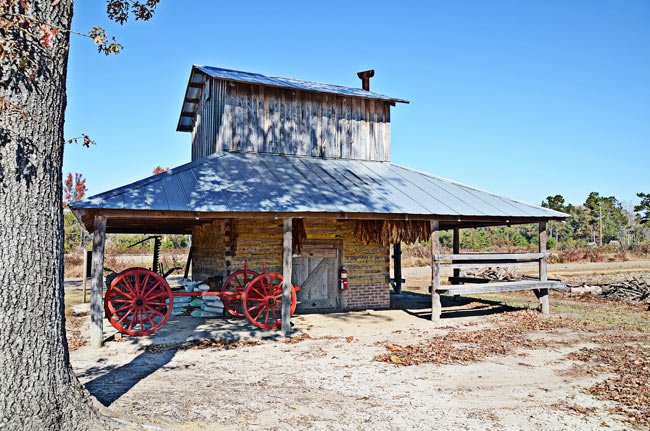 Reflections on the L.W. Paul Farm

Contributor Linda Brown describes her photos, “A view of some of the buildings that make up the exhibits of the L.W. Paul Living History Farm near Conway. Included are a syrup-making operation, a blacksmith’s shop and a wood-working shop. The shiny, red Farmall tractor, however, is the real eye-catcher in this photo.”

Brown goes on to say, “Visitors can view cured tobacco in the barn as well as see it hanging from the rafters outside.”