This church in downtown Clinton was founded in 1855 by Scots-Irish Presbyterians who had settled in the South Carolina Upstate. The congregation’s first building soon followed, a wooden frame building measuring 40 feet by 50 feet. The church received its first permanent minister in 1864, the Reverend William Plumer Jacobs. Jacobs was a graduate of Columbia Theological Seminary and came to Clinton not only to minister to a church but also to establish a home and school for children orphaned during the Civil War. The Thornwell Home for Children, named for Dr. James Henley Thornwell, Jacob’s beloved seminary professor, opened in Clinton in 1875. 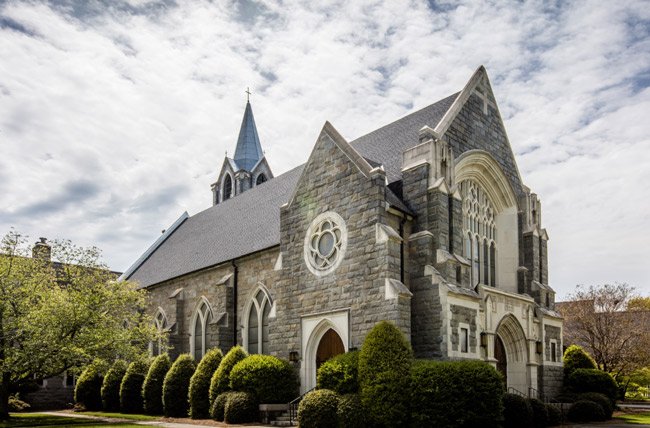 Tony Bradley of Pelzer, 2016 © Do Not Use Without Written Consent

Wanting to educate the students at Thornwell beyond high school, the Reverend Jacobs also founded Presbyterian College in 1880 across the street from the orphanage. Today Presbyterian College remains a top private Southern liberal arts college. The First Presbyterian Church of Clinton continues to be affiliated with both institutions, as well as the Presbyterian Community of South Carolina, a retirement home for senior citizens. 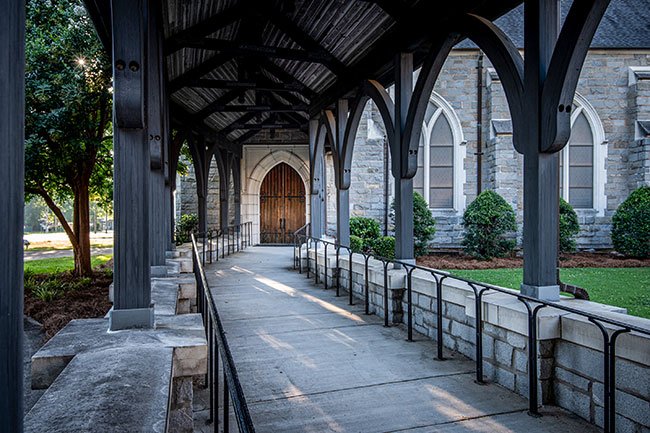 First Presbyterian Church grew exponentially under the Reverend Jacobs’ leadership, and by 1901, a granite Gothic edifice replaced the simple frame church as the congregation’s sanctuary. The granite had been donated by a church member. The second church burned in 1929, though it was quickly replaced, reusing the original granite. The present church was dedicated in 1940. In 1959 an education building was added to First Presbyterian’s grounds, and in 1998 the church’s Christian Life Center was completed on property sitting across the street from the church and graveyard. Today the church remains active, serving as a host church for both residents of Clinton and local college students. 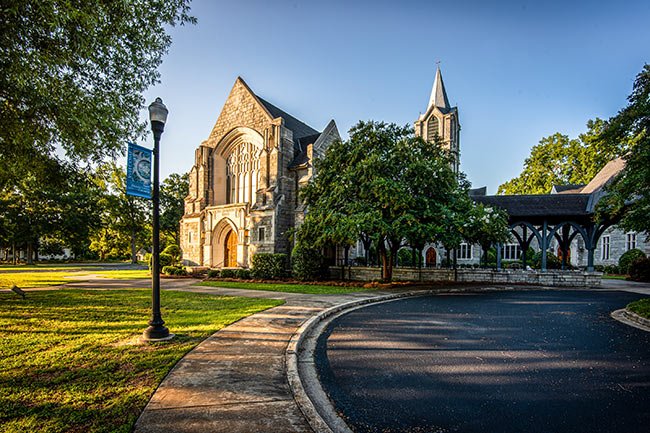